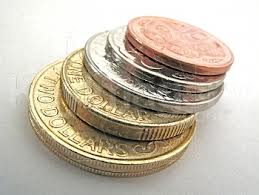 The Government has run up a deficit some NZ$449 million more than forecast in the first three months of the new financial year.

However, the overall Crown finances were given a lift by the performance of the New Zealand Superannuation Fund, the investment activities of the ACC and from strong dividends from state-owned enterprises.

The financial statements of the Government for the three months ended September 30 were released by the Treasury today. These showed that the Crown had an operating balance before gains and loses, or OBEGAL, deficit of NZ$2.1 billion, which was some NZ$449 million higher than projected in the 2012 Budget Economic and Fiscal Update (BEFU) released in May.

The shortfall came from both tax and interest revenues being lower than expected. These shortfalls were partly offset by lower core Crown expenses.

Minister of Finance Bill English said the latest Crown accounts "confirm that the Government is keeping its spending under control, but that revenue can be affected by the uncertain global economic situation and its impact on New Zealand. This effect will continue".

Core tax revenue, at NZ$13.5 billion, came in NZ$295 million or 2.1% short of projections. Treasury said that most major types of tax revenue were below forecast. The exception was "other individuals" tax revenue, which was higher than expected.

Core Crown expenditure, at NZ$17.3 billion, was NZ$201 million, or 1.1% lower, than forecast. The most significant under-spending was in welfare, education and finance costs (NZ$86 million, NZ$63 million and NZ$45 million respectively). Offsetting these under-spends were earthquake expenses (which were NZ$114 million higher than forecast) due to the recent land zoning decisions that were announced subsequent to the forecast being finalised.

Offsetting the increased dividends, interest revenue was NZ$147 million lower than forecast primarily due to lower interest rates compared to those at the time of the forecast.

While the deficit for the three months was higher than forecast, the gains on New Zealand Superannuation Fund and ACC’s investment portfolios were greater than expected (NZ$1.1 billion and NZ$0.6 billion respectively), leading to an operating balance surplus of almost NZ$0.1 billion, NZ$1.2 billion higher than the forecast operating deficit.

Gross debt at NZ$79.3 billion, or 38.8% of GDP, was lower than forecast, reflecting government stock repurchased on the secondary market which reduced the amount held by parties outside the core Crown. Net debt was close to forecast at $54.9 billion, or 26.9%, of GDP.

English said that as the Government worked to reduce deficits and meet its target of returning to surplus by 2014/15 it would need to remain prudent with new spending and ensure existing spending delivered better public services and good value for taxpayers.

"That’s important in a world where economic and financial market conditions remain difficult and unpredictable," he said.

"We need to remain on top of the factors we can control, so we can minimise our debt and have a strong balance sheet.

"The Government is committed to getting back to surplus so we can start repaying debt, resume contributions to the New Zealand Superannuation Fund and target more investment at priority public services. We are making progress, but we will need to restrain our spending for some years to come, so we have those options when we return to surplus."

We need to remain on top of the factors we can control, so we can minimise our debt and have a strong balance sheet.

And of course they have little direct influence/control over the matters that actually improved the result:

the overall Crown finances were given a lift by the performance of the New Zealand Superannuation Fund, the investment activities of the ACC and from strong dividends from state-owned enterprises.

And they intend to sell off the potential for improved dividends from the energy SOEs.

But they do have direct influence/control over those aspects which are dragging down the result;

The shortfall came from both tax and interest revenues being lower than expected.

so what else is new ?? The goverment account has been a miss for the past years. Either Treasury has been too optismistic (deliberately) or they are just cooking the figures to look good and hope for the best (even while knowing it won't be)

New Zealand has decended into a debt deflationary spiral much like the Europeans. To cut debt (a goverment stated policy) we spend less causing the economy to shrink and causing even more loss in revenue, and the debt as a percentage of GDP remains high.....there is no way out of this trap unless the goverment starts spending again (which it is absolutely againsts).

The only other way out of this trap (unlike the unlucky Europeans) is a quick and big devalueation of the Kiwi Dollar to reallingn our cost vis a vis our competitor as well as our internal spending.

But the banks will have to take a big hit with their foreign lenders....so I doubt this will ever fly.

Surely all this new spending on housing will enrich government coffers?