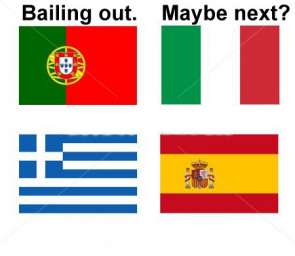 The risk of New Zealand taxpayers contributing up to NZ$4 billion for bailout packages to sovereign nations by lending already-borrowed money to them via the International Monetary Fund (IMF) has risen, the Treasury says.

"The risk of government commitments to the International Monetary Fund being called has increased owing to the global financial crisis and related world events, including in the euro area," Treasury said in its Half Year Fiscal Update, released yesterday.

New Zealand taxpayers are currently lending the equivalent of NZ$134 million to the IMF for its bailout packages, mostly to Greece and Portugal, through a credit line called the New Arrangements to Borrow (NAB) facility.

As well as the NAB facility, New Zealand has a quota of promissory notes with the IMF. Generally 25% of this quota sits at the IMF for its use, and the Fund can call further on nations' quotas as it needs. Currently, New Zealand has 31.5% of its quota paid to the IMF, the equivalent of NZ$514 million.

In June this year, Finance Minister Bill English announced New Zealand would sign up to a new US$1 billion credit line with the IMF on top of the NAB and quota facilities, taking total commitments - the new line, NAB, and quota - to about NZ$4 billion.

While the IMF pays very little in terms of interest back to the government, its lending (and hence our government's contribution to it) is ranked ahead of other creditors.