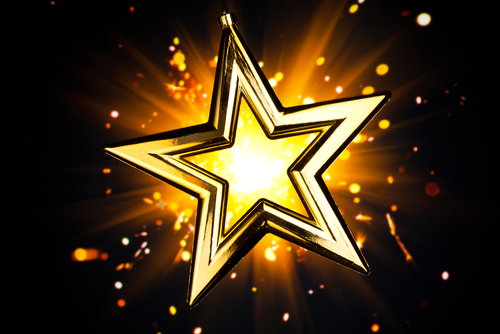 New Zealand's economy is now proving to be one of the more robust on the global stage and is set to be one of the fastest-expanding developed-world economies this year and next - even outpacing Australia, according to BNZ senior economist Craig Ebert.

He says the key to this performance has been how well NZ has pulled through from the effects of the global financial crisis.

"There have been vastly different outcomes on this score. Some countries have done relatively well. We would include New Zealand in this group. Others have been shown up for the feeble formations they are. Time is telling," Ebert says.

By the end of 2012, NZ's GDP had recovered to the point that it was 3.9% up on its late-2007 peak. The US economy in comparison had achieved during the same period a cumulative gain of just 2.5%.

And while New Zealand has lagged, significantly, the accomplishments of the Australian economy over the last five years or so it now looks poised for some catch-up.

"Indeed, it looks to be happening already," he says.

Ebert says Australia’s economy expanded a "respectable" 3.1% during 2012, but registered a slower second half, of 1.2%. The NZ economy increased 3% last year, but this entailed a better 1.7% over the second half of the year.

"We think this overtaking manoeuvre is likely to continue as this year progresses, judging by the respective business survey results of late – with Australia’s now just bumbling along while New Zealand’s go from strength to strength."

"However, we believe New Zealand will get the upper hand. We have tended to be more glass-half-full than the consensus on the NZ economy over recent years. This remains the case now, with us forecasting 2.9% GDP growth for this year and 3.6% next.

"Such numbers are not just solid on the world’s (rickety) stage, but are more than the NZ economy can probably cope with, outright, from a capacity point of view. Hence our inflation concern (in spite of the low headline CPI rate for the meantime), and our view on reducing [Official Cash Rate] stimulus, over time."

Ebert says there is a growing realising that elsewhere in the world "there are no magic bullets" to spark growth.

Even in many emerging-market economies there is a recognition that the rates of expansion that have been experienced won't last forever. For example China is set to go from a near 10% annaul average GDP growth over recent decades to around a 7.8% pace over the coming five years, slowing to 6.3% over the 2019-23 period, he says.

New Zealand’s GDP growth over the coming five years is expected by the consensus to average a "solid" 2.5% per annum. And, to maintain consistency with 2.6% over the longer term (2019-23), Ebert says.

"New Zealand’s GDP track – in recent history, the coming years, and over the longer term – thus goes some way to explaining a lot of things. Like the relative strength in the NZ dollar; like the fact interest rates here don’t need to be as low as they are in most of the developed world (let alone ease quantitatively); like the relative lack of problem borrowing in international markets; like the relative outperformance of the NZ stock-market," he says.

"It all comes back to the economy. And New Zealand’s is shining on the global stage, albeit a dulled one."

This is from the bank that needed a taxpayer bailout in the 90s!
Notice how he skipped over small matters like household debt levels and property bubbles....
It is however interesting to learn what one of the masters of the NZ Govts economic policy is possibly thinking.

Yes Wolly. And similar thinking to youthful voice we heard from westpac's institutional chums earlier in the week.
From our position we have never worked harder for such a low return on our assets (the borrowing capacity of those assets).

Anyway we starting to be fans of the Philippines. 5% per yr growth over ten years... must be remittances from southland..

Look url virtualcoworker.com an accountant is worth $8 an hour. About the same as an economist in our book.
We look to bnz announcing salary cost reductions and also therefore reductions in loan interest rates...

It is all a bit like the old idea of the reporter interviewing his/her typewriter
Read Bryan Gould in the Herald today for some realism.
http://www.nzherald.co.nz/business/news/article.cfm?c_id=3&objectid=10878341
When the family silver is gone??
Boom! Boom!
Basel

What in the economy is growing? Selling houses to each other, debt, insurance costs?

YES , YES,  YES ... We my even return to surplus before anyone else in the OECD , AND  the Christchurch rebuild is a big thing that could add 5% to GDP over the next years ,
We need to exploit our offshore Oil and Gas reserves , and end up like Norway ... a financially secure winning nation

Given the way GDP is measured, is it reasonable to assume that all growth in GDP, probably plus some, is a direct result of the Christchurch earthquakes, and the need to repair the City afterwards? Google suggests that the quakes cost US$18 billion, (say NZ$21 billion, or ~10% of annual GDP) but I don't believe that loss of value is recorded in GDP figures. The rebuilding though is of course captured in the figures.
So presumably restoring the City back to its economic value over say 5 years will give 2% growth per annum, considerably more than any delta over most other countries.
Am not attempting to apportion credit or blame for this; just it's best to understand the effect.
In my view it would also have been better to keep other long term income generating industries as strong as possible while the rebuild is occurring; as when it is over, if other industries have been shafted in its wake, then we look a bit sick as a nation. The exchange rate effects of the way the government has funded its quake related and other deficits have not looked out for other industries at all, in my view.

here is something for kimy to think about
from HT
I see people in Canada crying over budget cuts now that the USA is being sucked dry to support the Canadian budgets.

Canada has 35 million people and it's federal budget is 800 Billion Dollars.

Alberta has 3.5 million people...and it's provincial budget is 40 Billion...The Liberals of the USA can only dream of having access to so much revenue per lower form of life to blow on mind control schemes.

none of the idiots know...

In Canada the conservatives were installed and they have been going full blown dictator power trip dumping all the blocks to the resources in Canada to supply their way to prosperity while the USA and China consume their way....with the USA all out of line signers to sing in teh dotted line to sustain teh defict spending of the past 6 roaring decades.

and Australia, New zealand, Canada, and China all transform into collapses if the USA goes down...so please defict spens your slef to oblivion and keep teh US Dollars a coming.

you think the money that you recieve as income is money that belongs to you.

it's debt that was previously created by a commercial bank at the request of a consumer of debt and has interest attached to it that is destroying it's continued existance...unless you increase the supply quicker than it's being destroyed...by going to a bank and signing on teh dotted line for more and more.

and it's all ultiamte owed back to the banks...not any of you...you all just get to paly with it as long as you all can sustain teh circulation of it from the banks to you to the banks...in ever greater quantity.

and you all have to consume more and more resources in ever greater quantity...or chop down trees faster than they regrow to get to heaven.

or inflate exponentially based on the demanded long term yield of power to sustain positive existance forever.

it's obvious all you university clowns are still well funded dreamers.