Treasury says Goldman, Deutsche/Craigs and Macquarie will be joint lead managers for Meridian float; UBS gets the Genesis job

Treasury says Goldman, Deutsche/Craigs and Macquarie will be joint lead managers for Meridian float; UBS gets the Genesis job 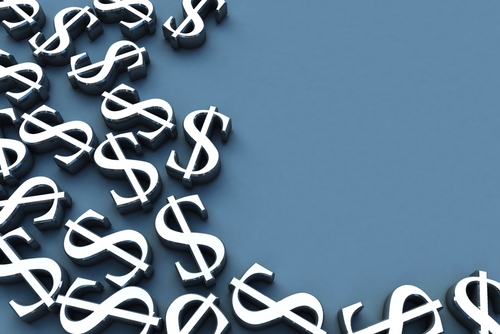 The Treasury has handed out the coveted joint lead manager roles for the forthcoming Meridian Energy float, with two of the managers for the recent Mighty River Power float getting the nod again.

Deutsche was involved in the MRP float as crown advisor, while Craigs were co-managers of the retail share offer in New Zealand.

And while there has been no word yet on the timing for a proposed float of the last of the state energy companies up for sale Genesis, Treasury has appointed UBS as lead manager, with further joint lead manager appointments to be made later.

The Government has signalled that Meridian will be sold later this year. Based on recent valuations, sale of 49% of it could raise as much as NZ$3.2 billion toward the NZ$5-7 billion the Government has targeted, which it wants to invest in new state assets.

However, the shares in MRP, which sold for NZ$2.50 each as part of a NZ$1.7 billion float earlier this month, are currently selling below their issue price and the Prime Minister John Key indicated yesterday that the sale of Meridian might be done in two blocks to avoid giving the sharemarket indigestion. MRP shares were selling for NZ$2.39 on the NZX this afternoon, up 3c yesterday's closing price.

The joint lead managers for the Meridian and Genesis offers were selected from the panel of six companies that were appointed through a competitive tender process last January. The one party out of that list of six to not at this stage get a joint lead manager job is the partnership between Forsyth Barr and Merrill Lynch, though Forsyth Barr did get the retail offer co-manager job along with Craigs for the MRP float.

The Treasury said it had invited members of the six-strong joint lead manager panel to bid for appointment to one or both of the Meridian and Genesis offers.

"The bids were of a high quality, and the Treasury’s decision was based on the best combination of firms to assist it to achieve the Government’s objectives for the IPOs," a statement from Treasury said.

The Treasury has handed out the coveted joint lead manager roles for the forthcoming Meridian Energy float, with two of the managers for the recent Mighty River Power float getting the nod again.

How did the two that got the nod explain away the pain.....

We think they heaped blame on the NZ leg (First NZ Capital Securities in partnership with Credit Suisse (Australia).). Then said well we got the foreign buyers in.... If you don't let us go again we will tell the foreign buyers to stay away.... You need us more than we need you.... etc. etc. .......

We hear tell its known as the virus host business model....

Andrew Barclay, a director at Goldman Sachs New Zealand which is co-lead manager of the float alongside Macquarie Capital NZ, and Credit Suisse Australia/First NZ Capital, told interest.co.nz interest remained strong in Mighty River Power shares.
"Post announcement of the policy, all parts of the market have responded well," Barclay said. "I think they recognise the opportunity presented by the circumstances."

Funny that, share price has been flat for the past hour, and it fell again to $2.36 after attempting  a comeback this morning.

"The government reserves the right to offer Meridian in two separate sales depending on market conditions to ensure most of it remains in local hands", Don Key said.