Breaking news: Auckland to remain at L3, the rest of the country to remain at L2 until August 26; Decision to be reviewed on August 21; Wage subsidy extended nationwide while L3 restrictions remain in place More soon. 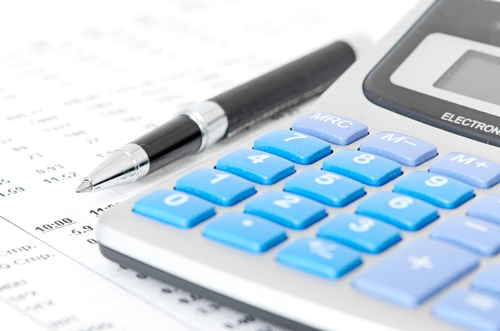 The Treasury and Statistics New Zealand have owned up to a series of errors, which have seen the disposable incomes of poor New Zealanders overstated in official statistics.

Some figures were miscalculated by, in total, billions of dollars.

The issue relates to co-production of economic data by Treasury and Stats NZ.

Apparently the problem emerged on December 10 last year when it was discovered that the accommodation supplement was double-counted - that is counted by both Treasury and by Stats NZ - in the formulation of disposable income data.

Labour's Finance spokesperson David Parker termed the issue "a Government stuff-up", which he said had overstated the incomes of 300,000 low income New Zealand households by thousands of dollars each "and shows National's record on inequality and poverty is even worse than they have pretended".

Green Party co-leader Metiria Turei said the Government was continuing to fail children in poverty "by not even measuring the size of the problem correctly".

The statement and supporting material says that the main difference as a result of the errors is that the Global Financial Crisis is "now seen to have had a greater impact in 2009 on the incomes of lower-income households than the original data indicated".

A "key points" document on the Ministry of Social Development's website highlights revisions to its 2013 Household Incomes Report.

It says that in the wake of the GFC the reported "income poverty rates" are higher using the revised data than the original data. In other words more people were living in poverty than recorded in official statistics.

It said the poverty rates were "typically 2 to 3 percentage points [higher] for children and 1 percentage point for older New Zealanders (aged 65+), depending on the measure used".

The material goes on to say that the error reported income in the datasets. "It has no impact on real-world incomes for households - no one actually gets more or less."

And Treasury said it had looked at the impact of the errors and concluded that the policy advice it gave at the time would not have been altered as the miscalculations were too small to have affected its judgement.

"The Treasury and Statistics New Zealand hold themselves to very high standards. We are deeply disappointed to have failed to meet those standards with these data calculation errors," Karacaoglu said.

Galvin said: "The miscalculations were human error. But the main problem was that communication protocols between the Treasury and Statistics New Zealand were inadequate for this data and neither agency had an overview of the complete process to ensure the anomalies, once identified, were properly explained. Both agencies are determined to fix that.

"Statistics New Zealand and the Treasury have changed their quality assurance and communications processes to ensure this problem doesn't happen again. These new processes will be in place for the next round of estimates for 2013, which begin in March."

"The problem is limited to this particular area of work and has no bearing on other Treasury or Statistics New Zealand work streams or data. Policy advice to the government is unchanged, and there has been no impact on benefit payments or taxation for individuals or households."

The statement said the impact on two major pieces of work was assessed in detail:

"We recognise that issues of estimates of household disposable income are important and we considered carefully what impact the corrected data may have had on the Treasury's policy advice," Karacaoglu said.

"It is also important to note that there are no 'real world' impacts on New Zealanders from the miscalculations. There is zero effect on the individual or household benefit payments and tax credits people get, or the tax they pay," Karacaoglu said.

This is the full statement from David Parker:

A Government stuff-up overstated the incomes of 300,000 low income New Zealand households by thousands of dollars each and shows National's record on inequality and poverty is even worse than they have pretended, said Labour’s Finance spokesperson David Parker.

“Treasury has now admitted that for three years the Government has double counted the accommodation supplement which inflated the incomes of low and middle income New Zealand households by thousands of dollars on average.

“Such a massive miscalculation has forced Government to admit that the number of Kiwi kids living in poverty is 20,000 more than National said it was.

“This is a billion dollar bungle - $1.2 billion to be precise. That is massive. The most concerning thing is that Bill English has known about this for three months but has kept it quiet.

“National has spent the past three years pretending that trickle-down economics is helping working Kiwis, while in fact income and wealth is even more concentrated amongst the top few per cent.

“Most Kiwis knew they weren’t getting ahead but now it turns out many more were falling behind.

And here is Metiria Turei's statement:

The Government is continuing to fail our kids who are in poverty by not even measuring the size of the problem correctly, the Green Party said today.

The Government has today admitted that it got its calculations wrong when measuring child poverty and inequality. The new figures show that there are 285,000 children living in poverty, not 265,000 as previously claimed, and that the GINI inequality index is not improving.

“There is no reason that 285,000 children should be living in poverty in New Zealand. This Government has failed to even measure the problem correctly, let alone do anything to fix it,” Green Party Co-leader Metiria Turei said today.

“National has been trumpeting its supposed progress on child poverty but it turns out that was all due to the Government doing its sums wrong. It’s not the first time that National’s numbers have turned out to be dodgy, and it makes you wonder what else they’ve got wrong.

“There is no excuse for 285,000 kids to be living in poverty in a modern, wealthy country like New Zealand. Those 285,000 kids are victims of the choices that governments make – like National’s decision to borrow for tax cuts for the rich at the same time as cutting Working for Families payments.

“The Greens will do better for our kids. We will extend Working for Families, we will invest in nurses in schools, we will set standards for warm, healthy housing, and we will raise the minimum wage towards a living wage for all workers,” said Mrs Turei.

Out of touch with reality, all government departments, politicians and cronies, they think everyone can afford their indulgences, salaries and inflated ideas.
Even Treasury cannot and does not add up.
Still all the Ma n Pa investors may now be able to sum up the energy to invest  their hard earned cash in a pipe dream, they bought and paid for, since time immoral.
Maybe the overheads should all take a paycut, rather than lose their jobs entirely, once the SOE debacle has run its course..
Seems that an investment run by a government entity, often turns out to be a failure.
Seems like ground hog day.

Between the two censuses (2006 and 2013) the median household income had fallen relative to inflation. I will be interested to see if this makes the fall much worse, or if the census data is unaffected by it. the article suggests the census data is unaffected.
It does however mean that anyone who has been using national household income figures for anything is going to have to revise (probably for the worse). Hugh, your mean multiples may need revision once the new figures are out.

And they tells us that if we don’t pay these experts enough money they wont work for us and will leave the country.

Well I'd suggest you missed the biggest one, overpaying CEOs who cant make companies perform and actually can destroy them,
Maybe if we considered the politics of the situation and the person as an over-riding factor of (mega) failure.
http://www.salon.com/2013/12/10/ayn_rand_loving_ceo_destroys_his_empire_...
At least some expoerts such as an economist like Steve Keen seem to have done quite well in predicting a financial crisis.
So I suppose its a case of picking the right expert.
"leave" well frankly for decades Ive listened to ppl whine over the value of their own worth, simple, my answer is, well move, which is what I do and the employers are usually not happy chappies.
regards

Good one Mike, sometimes very true. What is also very true as a similar gross generalisation, "neither can the rest of us"

Is there no peer review of work done by staff at Stats NZ ?
Will someone get fired or fall on his sword ?
And what are the implications of this for the social wlefare budget ?

Or the OCR...rising that now we can see that the poorer are hammered worse than was "thought"
Interesting the direction of the error, suited a right wing bunch of no-hopers like Treasury, maybe they were seeing what the wanted/expected to see.
regards

As I read the announcement, since it was only affecting certain figures and only between Treasury and Stats NZ, I would be wondering if Stats NZ was sending Treasury figures inclusive of benefit payments, and Treasury thought they were exclusive so was adding Accomodation supplement etc. That is just speculation based on the kind of problem though, but they are blaming the communication channel.

Agreed Mike B. Spot on.
Particularly like the absent minded Politician. Fits the Bill, the Johns, the list is endless.
The public fall for it every time.
I could add to the list, but I cannot be fagged.
So I am not going to see a Poor Clairvoyant, to see what my future holds and his doesn't.
(My money).
A bit like Genesis, Mighty River Power, etc...etc.

Yes predicting specifics in the future is a fool's game.

Is the only certainty in expert's predictions that their answer will be wrong?

Anybody who makes a "prediction" is by definition not an expert.  Nobody is an expert on the future.

An expert might make a projection, but if he is at all professional he will explain the reasoning, methodology and assumptions that underlie it and the uncertainties which inevitably surround those assumptions.

Interesting how the Greens press release states what they would do to reverse the growing trend toward a greater percentage of NZ children in poverty .. whereas all Labour has to say is criticism regards the cock up - in other words Labour is nothinbg but pure political point scoring tactics .. which adds nothing to consideration regards the issue to hand.