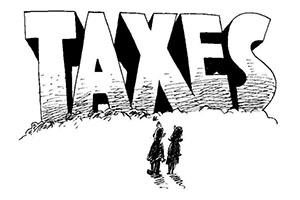 The release of an International Tax Competitiveness Index by the Tax Foundation has been seized on by the Government as confirming New Zealand has a 'competitive' tax system.

The Report compares 40 tax policy variables and ranks them for all OECD members.

However, its real usefulness is that it allows some detailed benchmarking in the tax debate.

Here are some high-level comparisons:

The Report allows deeper comparisons into incentives and complexity in the Corporate and Personal tax areas.

It also supplies considerable detail in to the taxing of real Property.

The New Zealand data seems to have been sourced from the OECD, PwC, EY, and Deloitte.

Many countries have been working hard to improve their tax codes. New Zealand is a good example of one of those countries. In a 2010 presentation, the chief economist of the New Zealand Treasury stated, “Global trends in corporate and personal taxes are making New Zealand’s system less internationally competitive.”[1] In response to these global trends, New Zealand cut its top marginal individual income tax rate from 38 percent to 33 percent, shifted to a greater reliance on the goods and services tax, and cut its corporate tax rate to 28 percent from 30 percent. This followed a shift to a territorial tax system in 2009. New Zealand added these changes to a tax system that already had multiple competitive features, including no inheritance tax, no general capital gains tax, and no payroll taxes.[2]

In a world where businesses, people, and money can move with relative ease, having a competitive tax code has become even more important to economic success. The example set by New Zealand and other reformist countries shows the many ways countries can improve their uncompetitive tax codes.[3]