Treasury points out the RBNZ's Core Funding Ratio & market re-pricing of risk, have both mean't the spread between the OCR and mortgage rates is now permanently higher

Treasury points out the RBNZ's Core Funding Ratio & market re-pricing of risk, have both mean't the spread between the OCR and mortgage rates is now permanently higher
6th Oct 15, 7:02am
by Guest 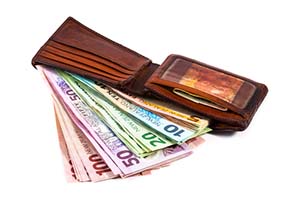 This article was originally published by The Treasury as a Special Topic in the September edition of their Monthly Economic Indicators.

How banks set mortgage rates relative to the Official Cash Rate (OCR) is important for how monetary policy affects the economy.

This month’s special topic focuses on how the relationship between wholesale rates and their corresponding mortgage rates has changed, the possible reasons for these changes and whether they are likely to be permanent.

The topic concludes that the increase in the spread between wholesale and retail interest rates since the GFC is largely a result of changes in funding costs for banks arising from market and regulatory changes. With the regulatory change being permanent, the increase in spreads is likely to remain. This suggests that for a given retail rate the neutral 90-day rate is lower than prior to the GFC.

In the four years before the global financial crisis (GFC), the spreads between the new customer floating mortgage rate and the 90 day rate, and between fixed mortgage rates and their corresponding swap rates averaged around 180 basis points (bps) and 90 bps respectively (Figure 7). However, following the GFC these spreads all increased significantly – by 100-150 bps depending on the time to maturity, although the spreads for fixed mortgage rates have declined by 50-100 bps since 2012. 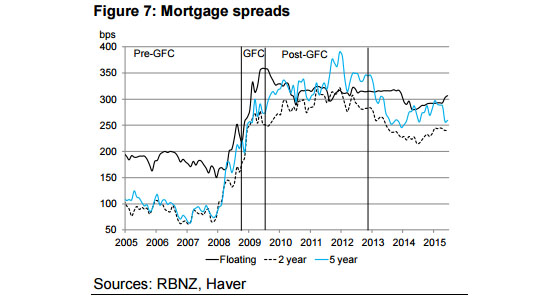 ...but was this just a result of less competition in the banking sector?

To see whether the increase in spreads was owing to reduced competition in the banking sector since the GFC, the pre-GFC and post-GFC retail bank margins were compared. Before mid- 2008 they averaged 230 bps and since 2011 they have also averaged 230 bps, suggesting that the increase in spreads between mortgage and wholesale interest rates does not reflect a change in bank competition from the earlier period. In addition, the structure of the banking industry has not changed significantly over this period.

In order to see why the spreads between wholesale and retail interest rates have increased since before the GFC, it is necessary to look at changes made as a result of the GFC. During the GFC it became apparent that banks were unable to access liquidity in global financial markets as a result of the crisis. When confidence diminished, some bank customers wanted to access their deposits, but some banks were unable to provide these funds and so required their government to provide temporary relief. In view of those developments, the RBNZ introduced the Basel 3 Liquidity Policy (BS3) to improve liquidity in the NZ banking system and provide a buffer in times of crisis.

The regulation requires NZ banks to hold a minimum core funding ratio (CFR). The CFR is a comparison between an estimate of the bank funds that are stable and can be assumed to stay in place for at least one year (core funding) and the core lending business of the bank that needs to be funded on a continuing basis.

Following the collapse of Lehmann Brothers in October 2008, banks’ cost of funds increased significantly. As that cost cannot be observed directly, the marginal cost of funding7 was adopted as a proxy in this study. The increase in the marginal funding cost can be traced to the significant rise in short-term8 and long-term9 wholesale funding costs, as banks experienced difficulty accessing funding markets (Figure 8). 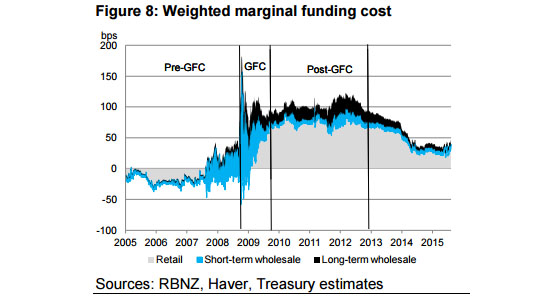 Following these developments, as banks knew the liquidity regulations were about to be implemented and long-term wholesale funding costs were exceptionally high, they funded most new credit from retail deposits. As a result, competition for retail funding10 increased and its cost rose significantly. In February 2009 the six month deposit rate rose above the OCR for the first time since 2005. 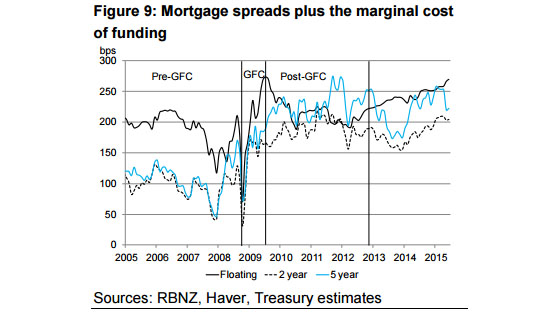 Average funding costs can explain the difference though

To overcome the limitations of the data for new customer mortgage rates, a comparison between the effective mortgage rate12 and the average funding cost13 banks face (as opposed to the marginal funding cost) shows the relationship between bank funding and mortgage rates. In the pre-GFC period there are two distinct phases – 2002-2004 and 2006-2008. In the transitional period (2004-2006), the Reserve Bank tightened monetary policy so both short-term wholesale rates and deposit rates increased significantly, but – as many mortgage rates were fixed – the spread between mortgage rates and wholesale rates declined by around 180 bps (Figure 10). 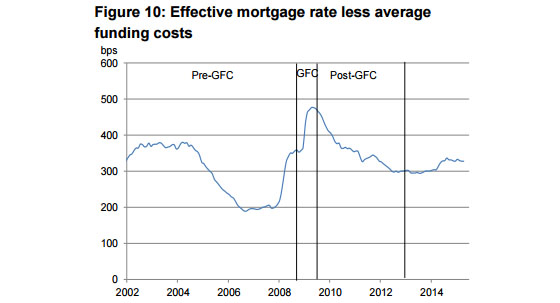 The spread then peaked in early 2009, as bank funding was very expensive, despite the OCR being at an all-time low of 2.50%. Since the middle of 2011, the spread has remained between 300 and 350 bps as mortgage rates have largely moved in line with average funding costs.

The CFR effectively requires the full cost of risk to be priced into bank funding costs, which banks have transferred to their customers.

The CFR is permanent, indicating that the increase in mortgage spreads is a permanent shift higher (provided market pricing of risk remains unchanged) and bank competition is unlikely to erode it in the future.

The result is that the spread between mortgage rates and the OCR is higher, suggesting that for a given retail rate the neutral 90-day interest rate is lower now than it was prior to the GFC.14

Funding costs in the future

While funding costs have been relatively stable since 2012, there are risks that they will increase. Some of these risks are:

• An international event that pushes up longterm rates. This would result in higher wholesale funding costs for banks. In turn, competition for retail deposits would rise and banks would increase retail deposit rates until the indifference point. Bank funding costs would then increase as a result of higher rates from both these sources of funding, increasing mortgage rates for a given OCR.

• A sharp increase in credit growth creating additional demand for deposits locally. If the supply of local deposits did not increase to match the additional demand, banks would source more of their funding from offshore wholesale markets. International borrowing rates would be unlikely to rise (as NZ banks’ demand would be marginal), unless a risk premium was associated with the increase in credit growth. In that case, domestic deposit rates would be likely to rise to match the offshore funding rate faced by the banks. This scenario is more likely to play out with longerterm borrowing as banks would be more likely to seek increased deposits for floating mortgages rather than long-term wholesale funding.

This article was originally published by The Treasury as a Special Topic in the September edition of their Monthly Economic Indicators.

Funny how you are supposed to be so knowledgeable but constantly whine about such a known issue and offer no alternatives.

Or is it I wonder because nowhere is safe to hide your wealth so look for the poorer ppl ie tax payers to protect your gains for free.

Simple, dont invest your money in a deposit account, be brave go out in the world and invest in the market you helped bring to this state.

As always, I remain fully engaged. Acting as an advocate for others not so blessed is not a crime.

Agree Stephen certainly seems to have a sermonizing opinion about every minuscule topic (I equally lecture but about only one topic really!). Sometimes I read his links, sometimes I wonder H.T.F. could anyone have so much time to post so much and have such strong opinions! But good on Stephen for his contribution.

stephen i'm not clear what your background is? you are obviously informed on happenings. I am vaguely aware of your OMO website

Could someone please explain why retail funding cost can be proxied as the six month deposit rate less the 90-day rate.

Where would I find the six month deposit rate and the 90-day rate? Is there a rate which has already consolidated these two rates?

I presume retail funding cost means how much the bank is paying for the money they are lending to me. I really want to know what is the Bank's mark up to my mortgage rate (to help me haggle).