Statistics NZ completes its 3-yearly review of CPI components that monitor consumer inflation. Food and housing are weighted a little higher in this new review

Statistics NZ completes its 3-yearly review of CPI components that monitor consumer inflation. Food and housing are weighted a little higher in this new review 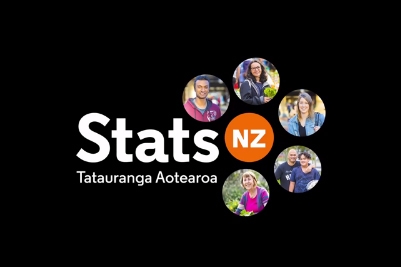 Statiscs New Zealand has updated its CPI basket components, a project it does every three years.

Food and housing are weighted a little higher in this new review. Heath, transport and communication costs are weighted less.

"We’re introducing the sharing economy to the CPI to keep it relevant for New Zealand."

"People are changing what they buy to keep up with changes in technology, and as a result, we’re removing several items from the CPI basket. These items are still available to buy, but New Zealanders just don’t spend as much on them."

As a result of the 2017 CPI review, things like in-car sat-nav systems, DVDs and BluRay, MP3 players are all out.

"At the same time, we’re seeing increased spending on technology accessories like headsets and cellphone cases. We’ve added these items to the CPI basket as part of the latest review."

"The CPI basket is really a reflection of New Zealand society and how it has changed over time," Attewell said.

"We added the electric lightbulb to the basket in the 1920s, televisions and record players in the 1960s, microwaves and car stereos in the 1980s, and MP3 players and digital cameras in the 2000s. As these items go out of fashion they are removed from the basket."

Housing and food remain the most important items in the basket, accounting for almost half of people’s spending. Housing includes rent, new builds, and other house improvements.

And because it is of special interest to some readers, here is an extract of the Housing components:

People are also spending more on craft beer and massages, so these are joining the CPI basket too.

"New Zealand used to be called a country of rugby, racing, and beer – but spending patterns are changing and Kiwis are increasingly keen on craft beer, body massages at beauty spas, and football club memberships," Attewell said.

At the same time, sewing machines are out of the inflation basket, but clothing alterations are now in.

"People don’t have as much time to do things themselves, and are prepared to pay others to do jobs for them," Attewell said.

Stats NZ reviews the CPI basket of goods and services every three years to ensure it remains relevant. This is done by surveying people to find out what they spend their money on.

Would be fascinating to see the survey methodology and how weightings are assigned. I have no doubt it's robust. The big question is how the proportion of "purchase of new housing" is actually derived. Instinctively, most people would think that considering that buying houses is the largest consumption item most people will likely ever make, why would its relative weight in the CPI be only 5.42%? That is the problem with the CPI construct. To be "everything to everybody", the weighting of the purchase of new housing is low. In that respect, the CPI is biased towards property owners and not in line with the reality of how price increases impact young people.

That weighting is for consumption of goods and services for new housing only. People only occasionally buy new houses. The way I view CPI is that it should be left as is because it's dead and useless as it does not reflect how people spend or the stratification of expenditure. It also fails as a measure of inflation as there are many people experiencing far higher inflation when they survive from payday to payday versus investors.

CPI doesn't need to be changed; we just need to use more appropriate measurements for monetary policy. Basing decisions on price inflation of assets would make a lot more sense at this time.

Totally agree with you that the CPI seems to be passed its use-by date and I would think that there must be the smarts and computing power to make it more relevant to people. However, by its very nature (and as I alluded to), it needs to be "everything for everyone." It's almost like economic management via the Anglo-Saxon model of monetary theory and policy is fixated on the price level, however artificial it is.

Also, you point out that price inflation of assets makes more sense. I think I understand what you're saying. I was thinking about how the CPI accounts for shares. For example, the cost of buying a single unit of the NZX50 ETF has increased by approx 20% over the past year. Of course, I don't think the CPI accounts for that. But should it? Are assets considered to be goods or services?

Also, why does the CPI only focus on the price level of "new housing" when the majority of houses consumed are existing houses? Regardless if it's new or old, it still has a price.