SBS Bank is the first to change a mortgage interest rate in 2018, cutting their one year fixed by -15 bps. TSB has now matched them. Recent wholesale rate rises don't put special upward pressure on most home loan rates

SBS Bank is the first to change a mortgage interest rate in 2018, cutting their one year fixed by -15 bps. TSB has now matched them. Recent wholesale rate rises don't put special upward pressure on most home loan rates 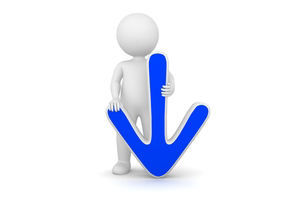 It's been a long time since any bank changed a mortgage rate in New Zealand. In fact, there have been no changes in 2018.

This marginally beats all other banks for this term, except HSBC Premier, which still has a 4.19% offer for one year fixed.

The lack of movement in rate competition is underpinned by little movement in wholesale rates, especially for rates of three years and shorter. These have hardly moved since October.

We are seeing wholesale rates move up recently at the long end (five to ten years).

But the changes for shorter durations are more modest. Since the start of 2018, there has been no change for the one year wholesale swap rate, the two year is up only +4 bps - mostly in the past few days - and the three year is up only +6 bps.

Five year rates are up +10 bps and that might see one or two of the major mortgage lenders tweak their mortgage rates for that term slightly higher.

Most banks will move lower on their 1 year mortgage carded rates currently.
Around 4.3% - must be some competitive pressure in this space.

Surey it's time for floating mortgage rates to come down.

5.95% is very high for floating.
There was a time when floaters were rewarded for taking more risk and floating rates were typically below the fixed rates.

2000, 2003, 2010, 2011? Cf to 2 yr rate.
https://www.rbnz.govt.nz/statistics/key-graphs/key-graph-mortgage-rates
And
“Typically, floating rate loans will cost less than fixed rate loans, depending in part on the yield curve. In return for paying a lower loan rate, the borrower takes the interest rate risk: the risk that rates will go up in future.”
https://en.m.wikipedia.org/wiki/Floating_interest_rate
But, yes, in NZ floating has had a high margin most years and the borrower risk does not seem to be rewarded.

So the answer is "fleetingly", during the post GFC period. Since then global QE has driven fixed loans, arguably driven more by offshore events, well lower than historical averages.

The late 90s if I recall correctly.

Was this back when Interest Only mortgages were considered "non-performing loans"?

Maybe the floaters are subsidizing the others.