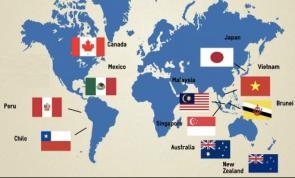 With New Zealand and 10 other countries now set to sign the Trans-Pacific Partnership successor deal in March, the select committee examining the Government's bill to block foreigners from buying existing houses can have more time to mull the Bill, Minister for Trade and Export Growth David Parker says.

Submissions on the Overseas Investment Amendment Bill were due by Tuesday (January 23).

Negotiators finalised the Comprehensive and Progressive Agreement for the Trans-Pacific Partnership (CPTPP) agreement in Tokyo yesterday, and the 11 countries involved are set to sign it in Chile on March 8. According to Parker the CPTPP could come into effect later this year.

"The Government will now recommend the select committee examining the Overseas Investment Amendment Bill, which will put in place restrictions on foreign buyers of existing homes, allow more time for consideration. The law must be in place before the CPTPP takes effect," Parker says.

The relevant select committee is the Finance and Expenditure Select Committee. It's chaired by Labour MP Michael Wood. (A full list of committee members is here).

National Party trade spokesman Todd McClay yesterday said the Government should extend the deadline for submissions on the foreign buyer banning bill "to avoid having to go back and fix it later."

Parker says the CPTPP represents a fairer deal for New Zealanders than the earlier TPP agreement, satisfying the five conditions the Labour-led Government set down for a revised TPP. These include increased market access for exports, upholding the Treaty of Waitangi, protecting the Pharmac model and preserving the right to regulate in the public interest. Additionally he says it narrows the scope to make Investor State Dispute Settlement claims.

Thank goodness they aren't rushing it.

It’s a rush if you compare to nationals nine years of deny, lie, do nothing

It is ok if Canadians buy up large tracts of land. Just not those "Asian" sounding ones according to this government.

There is a widespread problem that no comment can be made without some busy body crying racism or xenophobia. Mostly these pundits have no regard for the correct usage of the terms, merely that they have an embarrassing effect on public figures who will avoid any action which brings this claim. Note: nationality does not equal race, neither does the sound of the surname. In the specific case which you have mentioned the issue is not one of race. What was apparent was that Chinese nationals, not exclusively but in greater volume than others, were known to be using large amounts of funds from dubious sources with undesirable effects on property markets in a number of countries. We all suspect that records and information regarding sales of property to foreign nationals was either badly mismanaged or deliberately masked. Most often, but not exclusively, Chinese nationals have names which are identifiable as such and when the common man finds that no better identifier can be used this may just have to do. Why is this so hard to understand?

One reason alone - it's a simple variation of the famous quote:

"It is difficult to get a man to understand something, when his salary depends upon his not understanding it."

At the moment you have a bunch of folk who see housing as - unlike for their preceding generations who saw it as something to be fostered for Kiwis - about only a investment for themselves, the value of which should be increased by any and all means, including displacing the following generations of local population.

Watch out for more such relaxing deals to get National support for the CPTPP.

They need to also restrict overseas buyers of residential development land. Otherwise we will simply end up like Australia, with scarce construction resources directed into building millions of apartments that are bought by foreign investors and which sit empty for years. "Increasing supply" means making homes available to New Zealanders, not building speculative assets for foreigners. Under the scheme proposed by Labour, all that will happen is that foreigner buyers will redirect themselves to the new build market, and will buy up every brand new property being built, just to sit on them.
"Chinese companies bought 38 per cent of all residential property development sites sold in Australia last year."
http://www.theage.com.au/business/property/chinas-wanda-confirms-sale-o…