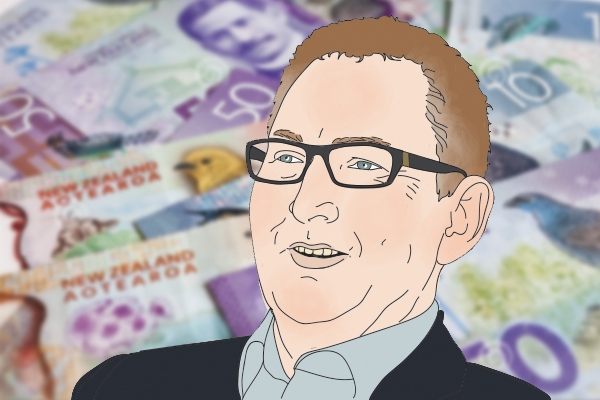 The Reserve Bank has published an article by its Governor Adrian Orr detailing where it sees its role in banking conduct and culture against the backdrop of the Australian Royal Commission into Misconduct in the Banking, Superannuation and Financial Services Industry.

Having co-signed a letter sent to banks with Financial Markets Authority (FMA) CEO Rob Everett effectively demanding New Zealand banks prove they're innocent of the sort of damning conduct that has emerged in Australia, Orr now has author credit on an article published on the Reserve Bank's website that appears to be targeted more at public than bank executive consumption.

NZ's banking sector is, of course, dominated by the Australian owned ANZ NZ, ASB, BNZ and Westpac NZ. The Reserve Bank is prudential regulator of NZ's banks. Conduct issues are typically more the domain of the FMA.

Entitled Banking conduct and culture – The Reserve Bank’s role and efforts ahead, the article says the Reserve Bank aims to have "the best regulator-regulated relationship in the world built on mutual respect." Orr says the Reserve Bank will be clear and consistent in its position, will engage with regulated entities in an open and responsive manner, and balance soundness and efficiency financial system considerations.

He also "implores" people to log on to the Reserve Bank's Bank Financial Strength Dashboard website when it launches next week to learn about banking, their banks, and their bank’s competitors.

"All said and done, the effectiveness of all of our efforts rests very much on the conduct and culture of the banks that operate in New Zealand. Culture determines ‘how they do things’," Orr says.

"Do banks acknowledge they are operating in New Zealand – and the responsibilities this implies? Do banks acknowledge the home-host regulator relationship, giving each appropriate respect?  And, are banks willing to compete in both a sound and efficient manner for the long-term - beyond the tenure of a current CEO or Board? This means investing in the people, systems and capabilities needed for a sustainable New Zealand bank business."

"In the face of the revelations of the Australian Royal Commission, and working with the NZ Financial Markets Authority, we are asking these conduct and culture questions of New Zealand registered banks," says Orr. 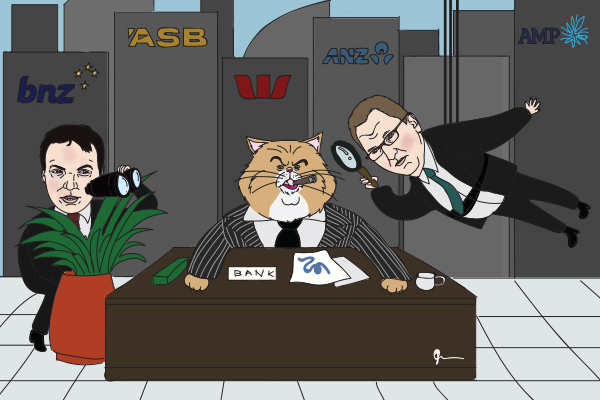 FMA and NZRB required assurances from Banks regarding their conduct by 18 May (Quote from letter: "Please provide this overview to the FMA no later than Friday 18 May 2018").
A week past this deadline there has been no acknowledgement from either FMA or RBNZ that any response has been received let alone any comment on the contents of any response.
Why?

We are expecting one.

Even if they did investigate it would likely be unfruitful. They need poachers to turn gamekeepers so they can learn all the dirty secrets and know where to look into each banks operations to pinpoint hidden issues. Also this should be on a perpetual basis and not a one off.

Thanks Gareth
I'm normally not a conspiracy theorist, but an unqualified response that all is well shouldn't take a week for FMA and NZRB to announce especially in light of tight time frame FMA/RBNZ gave banks to respond.
We wait with interest.

It's a bit like asking your kids which one of them ate all the chocolate biscuits. They look around at each other and say nothing because they all ate the chocolate biscuits and no way any one of them wants to be the first to fess up. If there is no response, apart from David McClean's pretty much public admission that Westpac are in a pickle then an inquiry and audit will be required of the lot of them.

Yeah that too. As I likened it to the other the day, the police asking a burglar to own up to a job, that they, ie the police, don’t even know about.

First, let these Banks agree to keep some percentage of their profits in NZ, instead of sending most of that to their overseas owners. Reducing Kiwisaver fees could be a start ?

Do you also want that to apply to the NZX companies that are controlled by overseas shareholders?
Dangerous precedence would be set.

This was referring to banks being regulated. It would have nothing to do with companies outside of banking.

If you don't like how much the banks are charging in kiwisaver fees.. move your money to a non-bank kiwisaver provider, and encourage others to do the same. If you moan and bitch but leave your money with them and keep paying their fees then you are the problem!

It’s at times like this you want a “strong regulator”. Sorry but these guys are coming across as limp. Adrian Orr, a couple of weeks in wanting a gender balanced exec team. Really? is this seriously a priority a couple of weeks into his tenor. Or is it a page out of the labour Manual. And now this bs pr excercice. Very odd.

Classic appeaser play-book. As a white middle-aged male, why don't you put you money where your mouth is and step aside to allow the first female or Maori Governor? It's not as if the cash rate is going to need to be changed over your tenure.

They're asking the industry they're supposed to regulate to self-report any misconduct but expect us to believe their role consists of more than keeping a rubber stamps inked? Doesn't that seem just a little contradictory?

mutual respect.
he has a job there.
the australians have a real problem with this concept!
https://www.smh.com.au/topic/banking-royal-commission-hql

And the hired guns.
This seems the next conversation
https://www.theguardian.com/commentisfree/2018/may/26/unsavoury-allianc…

Adrian Orr should be calling the BNZ in this morning about the problem caused by an Australin power outage.
They should be given a very short time to do a permanent fix.
The other banks should also be told to make sure it cannot happen to their customers.
This needs a substantial penalty attached.