An MBIE report shows the projected infrastructure investment pipeline is lacking, and critics are pointing the finger at the Government

An MBIE report shows the projected infrastructure investment pipeline is lacking, and critics are pointing the finger at the Government 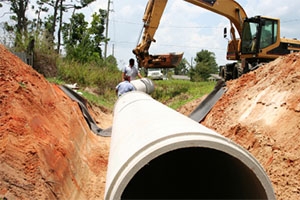 The Government needs to “move up a gear with urgency” after a new report revealed a lack of infrastructure investment raises “serious questions about the country’s ability to service new housing.”

National leader Simon Bridges says the report is concerning and shows a “lack of leadership” from the Government.

The MBIE report says infrastructure activity nationally is expected to grow by less than previously forecast.

He adds that while the research indicates an increase in capital intentions in the near term, it also reveals a subsequent drop-off from the beginning of 2021.

“Putting the initial bump aside, overall infrastructure capital expenditure is forecast to flatline over the next five years.”

ANZ has also recently expressed concern about the pipeline of infrastructure in New Zealand.

A report found that because of under-investment, “infrastructure spending needs to be urgently undertaken on a range of fronts.”

It revealed that historically, infrastructure investment had not kept pace with population growth.

Selwood says more needs to be done and has a bleak warning.

“Auckland, a city buckling under the pressure of growth compounded by decades of infrastructure underinvestment, will, even with major government investments announced to date, fall in real terms over the next five years.”

But the MBIE report is not all bad news.

The report says in 2018, dwelling unit consents are expected to go past the 2004 peak of 31,423 dwellings and grow year-on-year throughout the forecast period.

“This is considerably higher and longer-term dwelling growth than was forecast in the 2017 report.”

Let me get this straight, a lobby group says the government needs to spend more taxpayers money with the companies they represent. Totally unexpected.

Simon Bridges says there's a lack of leadership from the current Government, on issues around infrastructure investment, due to the need for new housing for the rampant immigration we have had over the past 9 years?

The article also says the public infrastructure investment last year declined year-on-year. The ongoing dearth in government expenditure on infrastructure is National’s fault since these projects are planned several months in advance.
However, the incumbents cannot pass the blame on to the previous government for anything we fall short on starting this new fiscal year. I hope we can count on this government to not crap the bed on public investments like the previous one did.

No it doesn't. It says "last years report EXPECTED 6% infrastructure growth, where the actual recorded activity was a 3% decrease.
Do you understand the difference?

This infrastructure deficit is the unintended consequence of rampant inward migration .

The numbers of new arrivals are not falling to any significant extent , so the Kiwi taxpayer has now got to pay for the infrstructure needed .

Isn't it strange that politicians can never seem to answer the question of what the ideal maximum population is for New Zealand.

They also seem to love virtue signalling their love for multi-culturalism over assimilation (Winston excluded).

Yes folks time to get on Youtube where you can get a true picture of what uncontrolled migration has and is doing to Europe. Crime exploding. Rape becoming a cultural norm.

Has our obsession with Tourism also gone too far? Personally, I can't stand Queenstown, but there seems to be a desire to turn the whole country into a sort of giant Disneyland.

True. Labour-Greens in opposition promised to turn their focus, when in government, towards productivity and higher pay. Now all they seem to be obsessed with building new parks, museums and walkways in the regions. Brilliant idea - tourism will get us the high value export dollars, six figure salaries and a ticket for poor New Zealanders out of the poverty trap.

The undisclosed plan is to keep the migration tap open and settle people in the regions this time on.
The result will be people sticking around in the countryside for a couple of years until they secure their permanent residence visas, then move to Auckland.

If Winston Peters gave an honest answer to your question the answer would be 1.

There's an element of smoke and mirrors in relation to population growth. It's something that isn't going to stop and it covers up other problems in the economy (until it hits breaking point).

By the time millennials start dying off en masse it will be 10 million and majority Asian. Mark my words.

The govt will continue tipping more money into social welfare, so one of the ongoing costs will be less infrastructure spending. Given that we will continue to have one of the highest per capita immigration rates in the world, we can look forward to more traffic, potholes and dilapidated infrastructure. And wait until rates and taxes start ramping up seriously...

They should get rid of the accomodation allowance and spend the money on infrastructure.

"But the MBIE report is not all bad news."

With regard to infrastructure is is all bad news, precisely because Increased dwelling unit consents will exacerbate the problem. How's Auckland Council's wastewater upgrade coming? Yeah, like that.

I don't understand how the tone can pivot so quickly from 'how can we accommodate more housing without breaking everything' to 'yay, more housing'.