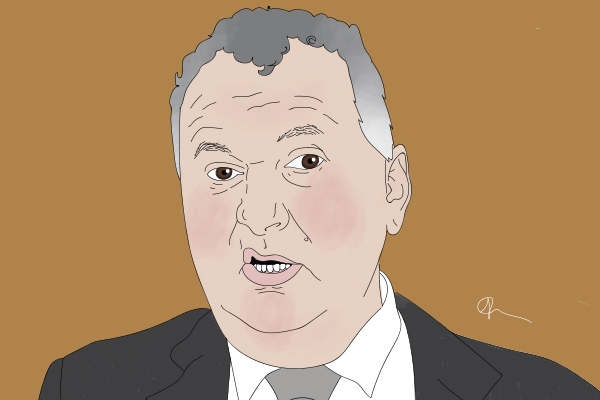 Auckland Mayor Phil Goff should sort out a $500 million to $1 billion funding shortfall for Auckland's City Rail Link (CRL) before worrying about running trams down Dominion Road, according to Infrastructure Minister Shane Jones.

“We’re confronted by a major conundrum. We have these urban transport projects, but we haven’t concocted the source of the capital needed,” Jones told interest.co.nz.

“I would say before Phil Goff gets too enthusiastic about the Dominion Road idea (Auckland light rail) he needs to sort out how he’s going to fund the CRL project. It hasn’t been completed yet and he’s now got to find [an extra] $500 million to $1 billion for that,” Jones says. “It’s a lot of dough."

Goff says at this stage he can't confirm or deny the reports of a cost increase in the rail development and commercial sensitivity and confidentiality have to be respected.

Jones' comments follow recent reports of a cost blow-out in the project. Revised estimates for it have reportedly increased by $500 million and there are now concerns the overrun could top $1 billion. Auckland Council has so far refused to confirm or deny the reports due to the tendering process for the next stage of the project which is still underway.

Jones' comments were in response to earlier comments from Goff regarding a working group set up by the Government to look at a number of issues, including the feasibility of relocating some of the Ports of Auckland’s operations to Northland.

Auckland's Mayor had stated that the working group’s findings were predetermined, but Jones says Goff has more than enough to deal with in the face of the rail link cost blow-out.

“He should start solving those problems first before he starts lecturing the Government.”

National Party transport spokesman Paul Goldsmith says Jones is right to criticise Auckland Mayor Phil Goff and his push for light rail when the City Rail Link costs continue to rise, but he should be talking to his colleagues in government who are behind the light rail proposal.

“Mr Jones has got the broader point right, a slow tram from Auckland city to the airport doesn’t stack up and the Government shouldn’t be pushing ahead with it while the cost of City Rail Link continues to accelerate. But he should be talking to his Government colleagues instead. The decisions to put a slow tram down Dominion Road was made in the Labour-Green coalition negotiations, in the absence of any real data.

“Mr Jones is a Minister under pressure and he is lashing out. The Minister publically criticising the Mayor doesn’t help the situation."

The CRL project is a 3.45 km twin-tunnel underground rail link which will connect Britomart with new stations at Aotea Square and Karangahape Road.

It will make Britomart a through station and will provide quicker travel times for many people, and will also allow better access for train users to parts of the city centre through the new stations.

The CRL project is being jointly funded by the Government and Auckland Council and will allow the rail network to at least double it existing capacity. City Rail Link Limited was formed in 2017.

A business case for the Auckland light rail project remains a work in progress. Transport Minister Phil Twyford has estimated the light rail project will cost about $6 billion, making it the biggest transport project in New Zealand history.

It will see two light rail lines established in Auckland. One leading from downtown Auckland out to the airport at Mangere, while a second line will run from the central city along State Highway 16 to Kumeu/Huapai.

But a Treasury report from last year shows officials have called for a new in-depth business case for the project. The paper was written by David Taylor from Treasury’s National Infrastructure Unit. Taylor said it would need to spell out the strategic and economic basis for the project, as well as consider alternative options and a cost benefit analysis of the preferred option.

The report also highlights the delays and cost blow-outs experienced with another similar project in the UK. It refers a light rail project in Edinburgh which was beset with major delays and budget blow outs and eventually took six years to build and cost more than twice the initial estimates.

The NZTA is leading the development of the Auckland light rail programme with the support of partners, Auckland Council, Auckland Transport (AT) and HLC, a wholly owned development subsidiary of Housing NZ.

Can NZ get any sizable infrastructure built nowadays?

Interest.co.nz is the only outlet talking about the current state of play of the Light Rail project. That this is stalling - even at the business case stage - should be an outrage.

"Interest.co.nz is the only outlet talking about the current state of play of the Light Rail project. "

Indeed .
It is a nonsense project promoted by a delusional government and only of concern to a few left wing nut jobs.

The case for heavy rail to the airport through onehunga and puhinui I believe seems far more sensible and what those who really know, actually favour over light rail trams. The head in the sand attitude from central guvermint is short sighted at the very least. In the end taxpayers and commuters will pay the price.

No. The entire west has lost its way, destroying our ability to get things done under the weight of endless regulation (particularly of ever expanding health and safety and zero environmental impact types) and legislated Nimby enablement. Western infrastructure will continue to crumble, with replacement and maintenance becoming even more ruinously expensive.

The next wave of infrastructure technology development will be all about working around this cost-disease. Flying over or tunnelling under the human/political/regulatory road-blocks to development.

Shane Jones again mischaracterises the Light Rail project as a 'Tram down Dominion Road', completely ignoring the needs for rapid transit to the North West, an area where he could probably find one or two of his brethren who would benefit from a rapid transit service.

Although I do welcome his sudden concern about spending priorities. I know a good place he can apply his new-found conscience when it comes to the public purse-strings.

Rail to Puhinui to the airport makes far more sense than light rail via Dominion Road. I understand the rail is already there with a smallish gap that would need to be connected. More important than anything is getting an alternative route into Auckland from the Bombay Hills. One extra lane each way from Papakura is laughable as most will know if travelling in either direction and adding the housing planned for the South.

Heavy rail from Puhinui literally doesn't solve any of the problems Light Rail on Dominion Road actually solves, so there's that.

but it would save a LOT of money not running trams from mt roskill all the way to the airport
the cost of running just down dominion road would drop to a third of the cost.
the trouble is those in charge have blinkers on and have not looked at all the options to get bang for buck

The marginal cost from Mt Roskill to the Airport is broadly similar to the HRT cost, is my understanding, plus heavy rail is far more constrained while LRT can be used to provide a link to Mangere. Yes, it would be quicker, but you also wouldn't be able to serve anywhere near as many people as with Light Rail.

Plus, not every trip is going to start in the CBD and end at the Airport; there's a lot of stuff along that route and Heavy Rail will not connect to it as well as LRT.

Once you are into Puhinui from the Airport the whole rail network is open to you. Including south.

Again, the connection is to the airport area and Mangere; which rail can't do with its limited number of stops and terrain-constrained route.

"terrain-constrained route" - the $6billion light rail project is constrained to the existing motorway corridors from Mt Roskill to the Airport and from CBD to beyond Westgate. Next to motorways are not attractive places to live, so future housing is unlikely to add value to these areas. Simply, these light rail systems are being used to assist the motorway network.

Light rail is a waste of money if it doesn't have heavy rail to feed into it, infact just go heavy all round, you get a lot more people moved that way.

Funny, plenty of other cities around the world manage without this. Why are there suddenly all these things Light Rail *must* do here that haven't applied anywhere else before?

Lefty govts love trains because it means they and the unions have total control. There’s little opportunity for competition or privatisation.

Whereas busways for example mean private companies can own the buses and heaven forbid compete against each other on price and service.

sorry all - can't find the delete button for a double posting. Any advise appreciated.

There isn't one, best you can do is edit it and just put a single period to save on screen space.

Seriously, increase rates levied against the land. Auckland rates as a % of land values are some of the lowest in the country. I'm tired of rich people crying poverty.

Indeed. It's bizarre that people are obsessed with doing anything except this when it comes to funding necessary infrastructure in a global city.

On the one hand, when it comes to young people not yet landed the refrain is "Well, it's never been cheap to live in a global city."

Agree. The fuel tax is a way of making renters pay to subsidise their next rent increase, as the value of the project will be captured by the adjacent property.

Would probably be cheaper to get a couple of Bell 525 20 seat helicopters to fly people to and from the airport. Like PanAm used to do in New York back in the day.

Goff needs to go! I am sick of his manner and style, but on the other hand I hope that JT is not the answer haha

You would know at the same time as everyone else, wait to see on wednesday when events are announced to see if its there at the impossible quiz