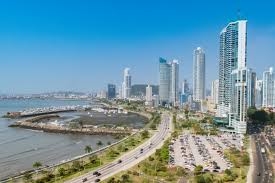 The Government is doing more to crack down on those who evade tax by stashing their assets overseas.

It has added 30 jurisdictions, including Panama, Macau and the Cook Islands, to the pool of 60 it already has information-sharing agreements with as a part of a global standard known as the Automatic Exchange of Information (AEOI).

The AEOI enables details about people’s accounts at banks, private equity funds, investment advisors and some brokers and trusts to be shared between territories that participate in the AEOI.

Revenue Minister Stuart Nash explains: “New Zealand will send financial account information to these territories on an annual basis. These countries have enacted, or are expected to soon enact, legislation that enables them to send the same information to New Zealand…

“Inland Revenue will review the information and verify that correct tax is being paid on offshore investments.

“New Zealand taxpayers are strongly advised to check they have correctly accounted for their offshore investments. If not, they should make a voluntary disclosure to Inland Revenue without delay.”

While the addition of more jurisdictions reflects increased international cooperation by OECD and G20 countries, EY tax partner Aaron Quintal doesn’t believe it will radically change the amount of tax New Zealand collects in the short-term.

It will give the IRD access to more information, but the department is still developing systems to effectively use that information.

Quintal says a lot of data has been shared under the AEOI to date, with many of 60 jurisdictions already part of the scheme being New Zealand’s major trading partners. However there hasn’t been a significant change in terms of enforcement action taken by the IRD.

He acknowledges the IRD is going through a huge transition of its systems at the moment. Once this is done, he believes New Zealand will have moved from the back to the front of the pack of OECD countries in terms of having the capability to effectively crack down on international tax evasion.

Switzerland, Niue, Barbados, Nigeria, Pakistan, Turkey and Samoa are among the new countries added to the AEOI. Australia, the UK, China, Germany and Singapore are among the existing ones.

Perfect, thanks Jenée. Next step, a public nz register of trusts that drills down to individual owners :)

Tell me about 'owners' of Trusts...

The fact that China is already in that list shows you how ineffective this actually is.

How exactly are they going to be alerted to Zhu Gong Fei's foreign investments? Will he disclose them? Are they going to pro-actively search? Do they have the language talent on hand to make sense of the results? If they do, will they dob in one of their own?