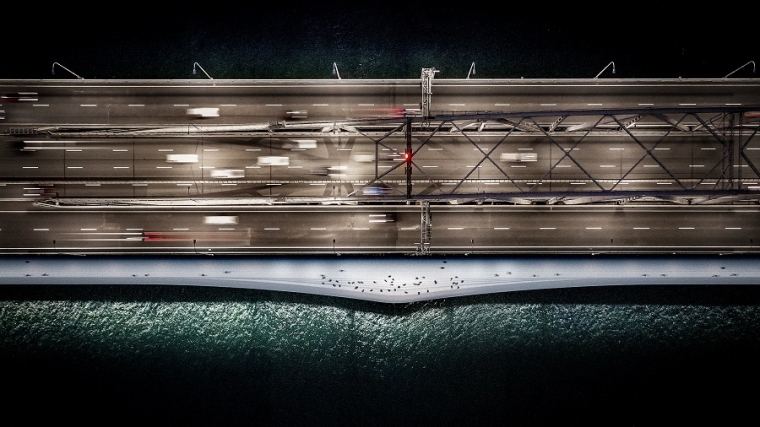 A New Zealand Transport Agency (NZTA) proposal to build a walking and cycle way over Auckland’s Harbour Bridge is now expected to cost up to $140 million.

According to a spokesperson for the NZTA, a business case for the project is expected to be completed later this year. Construction is then scheduled to start in 2020.

Last year Transport Minister Phil Twyford committed $67 million from the National Land Transport Fund (NLTF) towards building a walkway and cycleway over the bridge as part of a larger $390 million walking and cycling investment package. But the exact cost of the project hadn’t been established at the time.

But a spokesperson for the agency says the NZTA funded project is now expected to cost between $100 million and $140 million. They say while there is money in the National Land Transport Programme (NLTP) to partially fund it, more funding will have to be allocated for the project than was originally planned.

“The total expected cost is $100 million to $140 million, but we will have more certainty on the cost of construction once the business case is completed later this year.”

NZTA general manager of system design and delivery Brett Gliddon says a range of options have been considered since last year, but the preferred option now is a five metre wide path to allow for separation between people on foot and on bikes.

“We’re confident this will deliver the safest, most enduring solution not only for people now but also for future generations, and that it will become much more than just a transport connection,” he says.

“The Transport Agency acknowledges the tireless work and dedication of those who have campaigned for a walking and cycling connection across the bridge, in particular the SkyPath Trust. While recognising their vision and legacy the NZTA is also mindful of its role to ensure that we deliver the best outcomes and value for money for all New Zealanders.

“We are committed to transforming walking and cycling in Auckland and this design offers the most far reaching and enduring benefits.”

In an interview on Radio NZ Gliddon said there have been design issues involved with the project as the Auckland Harbour Bridge is a complex structure.

Early designs would have seen the path attached to the clip-ons. But Gliddon said they move up to 700 millimetres when heavy vehicles travel over them, so the agency decided to revisit its design options. The NZTA’s design will now instead see the pathway attached to the structure of the Auckland Harbour Bridge.

“Being able to walk and bike between the North Shore and the city centre for the first time will be exciting and transformative for the city," he says. “It allows choice of travel for commuters, recreational users and tourists, and will take pressure off the congested road way.

“The best news, however, is that we now have a time frame with the announcement that construction will start next year. Like most Aucklanders, I want to see this happen as soon as possible.”

Councillor Chris Darby says he's pleased to see some progress with the project.

“It has been 12 long years for me, steering this project towards fruition, so I'm relieved to see genuine progress being made. The walking and cycle way over the Harbour Bridge will be a beacon for biking, a call to Aucklanders to get active and get connected. It will be a 'what took you so long' success story,” Darby says.

The SkyPath Trust had campaigned over a number of years for the construction of a joint walkway and cycleway over the Auckland Harbour Bridge and had even gained resource consent to proceed with the project. It had expected to be involved in the design of the project, but has since been side-lined by the NZTA which has now taken on the lead role.

Take a stand man.. boycott it!

''what took you so long success story''
Let the ratepayers be the decider of that.
How is success going to be calculated?

I think you mean taxpayers

Next thing, AC will be wondering how to fund It's share of the now doubled-plus-change total....

Council is not funding this

$140k per meter. The profligacy of this council is beyond insane, it is all borrowed money, more than $1k per person in Auckland, for something that probably less than 1% will ever use. A basic caged walkway could be fabricated in china and installed for less than a tenth of that price. They could provide a permanent free bus service between the two sides of the bridge to carry bikes and all for a tiny fraction of the price. But no, they want to erect a monument to celebrate their disregard for ratepayers.

not to mention once its built the restrictions that will come into place on the side of the bridge to counter balance the extra weight, would not be surprised to see only vehicles under 3 ton can use the outer lanes by the walkway

In the new design the walkway sits on the piers, it doesn't hang off the existing bridge

I like this .. a light bridge for bikes and e scooters to Birkenhead.

Why don't you go get a job at nzta seen as you can save the taxpayer 90% on all its engineering projects.

It's the same sort of thinking that resulted in NZ having to go out again and shop for the soon to be defunct "Nippon Clip-ons".

The recommendations of the design team and the report of the 1946 Royal Commission were for five or six traffic lanes, with one or two of them to be reversed in direction depending on the flow of traffic, and with a footpath for pedestrians on each side. The latter features were dropped for cost reasons before construction started, the First National Government of New Zealand opting for an ‘austerity’ design of four lanes without footpaths, and including an approach road network only after local outcry over traffic effects.[14] The decision to reduce the bridge in this way has been called “a ringing testament to [...] the peril of short-term thinking and penny-pinching”.[14]

A basic caged walkway? Sounds lovely. Enough space for cyclists and pedestrians? How much would it weigh? Clip-on options are heavily constrained in terms of weight because the old girl can't support much additional load at all. You need to connect to the piers if you want go heavy, which rules out cheap clip-on options. This is why the previous option was an expensive composite material.

Isn’t it cheaper than the national government paid to get rid of one set of traffic lights near the airport? I wonder how much that cost per metre? All so people didn’t have to wait for the lights to turn green.

FFS, make them drive a car like the rest of us!

That's some pure genius there Chairman.

Next time you're parked on the m.way going nowhere, remind yourself that you're not stuck in traffic, you are traffic.

I'll give them credit when they actually build it. With all the government's talk of "delivery" it'll be very disappointing if this project ends up all talk and on-hold until who knows when like light rail.

Looks to me that NZTA don't want it. So the solution is to price it so high it's unpalatable to almost everyone. That's an obscene price for something that should have happened 50 odd years or more ago.

A toll on cyclists and walkers would have it paid off in no time I gather from the support for the project. Sort of harking back to the old "user pays"

How about a paid bus service to move people and bikes accross the current bridge ? Takes about 5 mins nice circular route. 2 bucks a ride or 3 return, I can't see it losing money. Double service 6.30am to 9.30am and 3.45 to 6.45pm. Two buses meaning a short wait. Two drivers. Done.

just close a traffic lane , that will provide enough room.with the saved $ 140 million you could buy every one person in the car commuter a e bike, so there will be less traffic . Then you could close another lane for a bus lane.