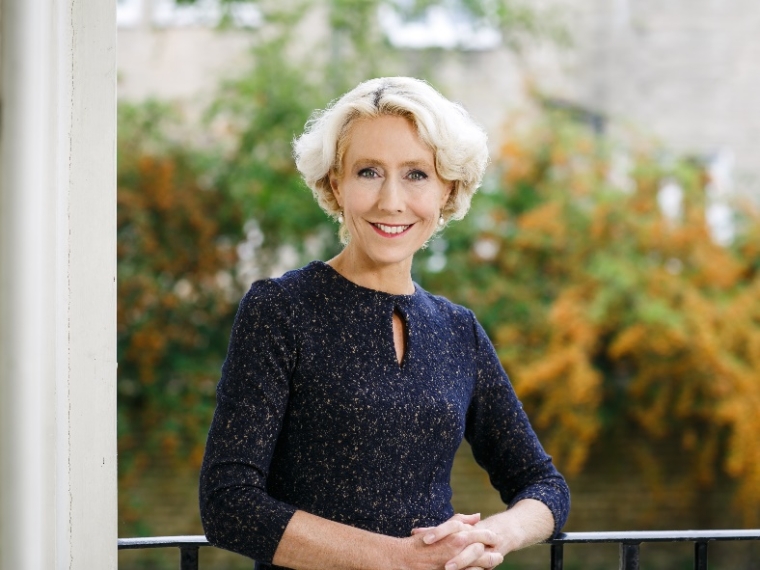 Barrass, who arrived in New Zealand from Britain as a seven-year-old, started her career as an economist at the Reserve Bank of New Zealand. She subsequently moved to Britain, attending the London School of Economics where she was awarded an MSc.

Between 2014 and 2019 Barrass was CEO of Gibraltar's Financial Services Commission. According to the FMA, this role included conduct and prudential regulatory oversight. Prior to that she worked for nine years in a range of roles at Britain's Financial Services Authority, now known as the Financial Conduct Authority.

The FMA says Barrass led the establishment of Britain’s Business Banking Resolution Service, which is designed to resolve disputes between banks and business customers. She also held senior roles at the UK Solicitors Regulatory Authority and the London Investment Banking Association.

“She successfully led the Gibraltar Financial Services Commission through a period of evolution and expansion," Todd said.

“Her experience as a consensus-building leader will stand the FMA in good stead as it continues its current activities and readies itself for a wider mandate in regulating banks and insurers, as well as climate change reporting."

"Her knowledge and experience of the insurance and banking industries will be particularly relevant for the increased role the FMA is to play in those areas,” Todd said.

GBC says Barrass also "caused some controversy" during her five year tenure at the Gibraltar Financial Services Commission by accepting a non-executive role on the Board of PwC's UK Public Interest Body. In this role she was responsible for independent oversight of PwC (UK)’s approach to protecting the public interest in its activities in the UK economy.

Interest.co.nz asked the FMA about Barrass' early departure from the role in Gibraltar and her PwC role.

"It is clear from our broad range of due diligence discussions that Ms Barrass’s time at the GFSC [Gibraltar Financial Services Commission] was very highly regarded by the GFSC and elsewhere. It is equally clear that she is an empathetic leader, who builds strong inclusive cultures," an FMA spokesman says.

"The employment matter (in the media report) is subject to the usual confidentiality requirement and was settled over a year ago. The FMA Board was aware from the outset and considered that it formed an important part of its due diligence. We are completely confident that this raises no issues of concern."

"The PwC appointment was supported and approved by the Chair and Board of the Gibraltar Financial Services Commission. Various systems and processes were put in place to manage and avoid any potential conflict of interest. The Board carefully considered this matter before making our appointment," the FMA spokesman says.

Barrass will be based in Wellington. She's a dual New Zealand and British national with three children at university in Britain.

She'll start at the FMA in January "subject to COVID-19 practicalities." Everett, the current FMA CEO, leaves at the end of October. FMA General Counsel Liam Mason will be Acting CEO from then until Barrass’ arrival.

Everett is the FMA's second CEO having succeeded Sean Hughes in the role in February 2014. Everett had previously worked as a director in Britain with Promontory Financial Group, a global regulatory consulting group, and spent 17 years at Bank of America Merrill Lynch.

The FMA was established by the National-led Government in 2011, replacing the Securities Commission.

There's more on Barrass from the FMA here.  The video below is from GBC.

What a stellar background and I'm sure Ms Barrass is exceptionally well connected. This is how those who employed her will see her. Even though she appears to have transgressed in the past, not serious enough for the powers that be to pass her over.

Anyway, the FMA recently ran some research into "New Zealanders’ attitudes towards investing and the financial markets." What was particularly interesting is that they seemed to completely avoid the digital asset space.

Interesting takeaway from their research:

Actually, if you look at the research, only 3% of respondents had 'Faith in government policy/ decision making'.

Sounds more like a technocrat revolving door. That echelon which though they deserved more.

And the FMA are walking into a minefield, equipped with a flashlight and a pocketknife. Who'd be part of that? By the time they restrict 'investment' to 'sustainable'', they'll be out of a job.

Trust, eh? Sounds a tad close to 'faith' for me. And closely associated with 'belief'.

All I want to do is put John Wick memes here

Gibraltar has a regulator? You learn something new every day. The entire peninsula has a lower population than Gisborne!

Notorious tax haven. The British Empire is now all about tax evasion in places like Gibraltar, BVI, etc. Her role would be related to what we may see as nefarious relationships between 'The City' and Gibraltar.

It was noticeable in my time the actions of the G-SIB banks' prime broker function saw many trades undertaken for client hedge funds booked in tax havens.

Yes, surprising. A big step up for the lady. Next stop, a plum role with SEC in USA ?

Another import. Obviously no one local to do the job or they ran a mile from it. Easier to attract someone from overseas who probably doesn't know the ropes here