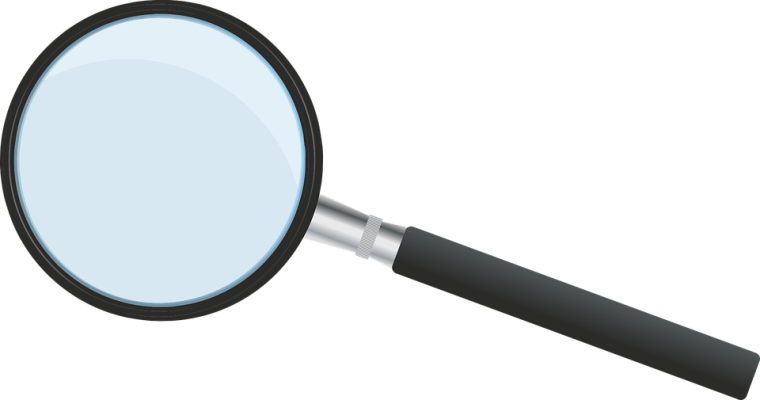 The proposal, advanced by the Greens, not Labour, that there be independent scrutiny and corroboration as appropriate of the various spending policies put forward at election time has much to commend it.

There has been too much peripheral debate over recent elections about the cost of policies being promoted, rather than their content.

Steven Joyce’s discovery of a $11.7 billion hole in Labour’s proposed Budget at the last election, or John Key’s “Show us the money, Phil” taunt to Phil Goff in 2011 were great attack weapons at the time, but in the absence of independent verification voters were left none the wiser as to their accuracy.

A politically independent statutory office, able to verify or debunk such claims, to help resolve voters’ uncertainties about the veracity and accuracy of claims like these, would have been welcomed at the time.

Ironically, and assuming such an agency genuinely understood the intricacies of government financing, it is more likely than not that its judgement would have erred on the side of the National Party in 2011 and 2017, making Mr Bridges’ current reaction that much more puzzling.

However, the government is not planning to set up such an independent body, with all the statutory protections it has spoken of, until 2021, meaning the first election it will workable for is in 2023. In the meantime, the government is proposing that the Treasury undertake the function for the 2020 election.

This is where it starts to get more difficult.

Treasury’s recent conduct over this year’s Budget leaks has raised serious questions about its competence and judgement, as well as its ability to respond calmly under pressure.

It was Treasury, after all, that erroneously stated the leak was the result of a deliberate hack by an external organisation – by its implications the National Party – when we now know the leak came about because of the Treasury’s own ineptitude in managing its website. The thought that this agency could presently be relied upon to provide accurate and impartial credible assessments of political parties’ spending policies is beyond belief.

But there is another reason why the use of Treasury in this way in 2020 should ring alarm bells.

As a public service agency, Treasury’s primary role is to serve its Minister, the Minister of Finance, in the implementation of government economic policy, and to report and recommend appropriate actions to the Minister accordingly.

Over the years, various Ministers of Finance, of all political hues, have sought advice from Treasury on the cost of proposed Opposition policies, which Treasury has provided as dispassionately as it can. But it has still reported to its Minister in the first instance, in the full knowledge that the information provided is likely to be used politically to advance, if possible, the interests of the government. Requiring Treasury to act in 2020 as an independent policy costing review agency, while still being required to serve the interests of the government of the day is neither possible nor tenable.

Nevertheless, the establishment of a genuinely independent review office would be an important step forward towards more credibility and transparency. Both Labour and National, as well as other parties, should have a genuine interest in and commitment to making this happen, sooner rather than later. They should be prepared to work together in a bipartisan way to make this a reality.

However, if it cannot be achieved in time for the 2020 election – and it is a little unclear why this seems to have been ruled out – the current apparent default position of relying on an interim, half-baked idea like using the Treasury in 2020 should be ruled out altogether.

The suspicion is that were Labour to rule out the Treasury option, National would be much more willing to engage on developing a viable long-term solution. Far better to have a proper regime in place in 2023, even it means having to stay with the status quo next time around.

In that context, Grant Robertson’s hysterical reaction to Simon Bridges’ obstinacy looks equally childish and petty. But it does raise the question of why is Labour so hell-bent on using the Treasury this way in 2020, if the independent agency cannot be established before then?

It is a chilly reminder of the government’s recent decision to transfer the power to decide government referenda questions from Parliament where it currently resides to the Cabinet, but for the 2020 election only. Are they coincidentally unrelated, or are they part of a wider, deliberate strategy to tighten control of the political environment to boost the government’s election prospects next year? Cabinet deciding referenda questions is one thing, but effectively empowering the Treasury to cost and report on other parties’ election policies is something else altogether.

If Labour and the Greens are genuine in their view that an independent budget review office is an important step forward, and not just a clever political stunt, then they should withdraw the Treasury idea, and focus on working across the Parliamentary aisle to bring the new agency together as quickly and robustly as possible.

Otherwise Simon Bridges’ hitherto apparently childish and petty comments will quickly be seen to be comments of substance and judicious warning.

And so Peter it is abundantly clear that we are going to end up with half a horse. And as David Lange once famously quipped, you don’t have to think too long about which half it is.

A truly independent PBO might - might - be one answer to the stupid promises made by Putative Pollies (John Tamihaere springs to mind for some reason). But it has to be seen to be completely clear of the sort of shenanigans we saw under Maklouf.....

At this stage in global finance, I'm surprised to think anyone finds this meaningful.

The question is whether the energy and resources will be future-available, in a world where Australia is already 'defending its interests' re its need for Middle East energy.

I'd be more interested in a Party proving that the physical capabilities existed, and that their propositions could be maintained.

Let us be remaindered of who the man with the bow tie represented and supported in government. All talk and very little substance. It was probably abuse of substance anyway.

What's wrong with more transparency for the voting public? It may engage more (young and old) people to vote, rather than the smoke and mirrors past political parties have relied upon to get elected.

Someone should tell this clown that running a country is not a side show.

Labour then Independent then Future then united NZ then United future right? And was a member of the governments of Labour, National, Labour then National in succession. So obviously he is a devious and partisan tool of the ... what exactly?

Peter Dunne seems to suggest that if the plan does not go ahead then the status quo is for the Minister of Finance to seek advice from Treasury on the cost of opposition policies.

So that's the status quo?

In that case, it sounds like Robertson is suggesting that in addition to the status quo being relied upon in the next election an independent body is also set up in the longer term.

So what is the point about the fussing over the status quo if it's likely to apply regardless of whether this new body goes ahead?

Is the party of fiscal responsibility unduly worried about the prospect of Treasury evaluating the realism of their policies as has been the norm for (as Dunne describes it) "various Ministers of Finance, of all political hues"?

I think he is implying that the current government is going to commence fiddling with the status quo but it is highly likely it will be neither one thing nor the other by the time of the next election. You are right, the normal and sensible policy would be simply to retain the status quo. Not just this government, all governments fiddle with electoral criteria which for obvious reasons, should be hands off for any political party.

Politicians must cease and desist from making outrageous promises (which are bribes , plain and simple ) to young and naive voters who seem to think that money grows on trees , or that a Government is some kind of magical establishment that can do anything and everything .

Treasury would be bogged down trying to fathom out what hare-brained , pie-in-the-sky schemes like Kiwibuild would cost

What particular parts is he correct in?

Actually I'm going to raid the Opportunity Party policy drawer and call for the upper house in Parliament to be restored and decentralize the power concentration in the house away from the executive. That will do more to ensure sound policy and costings than anything Mr Dunne has suggested in his article. I'd also establish a government department that could not only cost out policies for any party regardless of who was in power but also lay out cost versus benefit analysis for public debate. That way there would be complete transparency and better developed policy on hand at all times. If we'd had that system in 84 for example, we'd be far better off now...and kiwibuild would have been fully developed and probably in full swing.