Peter Dunne says the Leader of the National Party could have grabbed the initiative during Labour's recent struggles, but he has missed the moment

Peter Dunne says the Leader of the National Party could have grabbed the initiative during Labour's recent struggles, but he has missed the moment 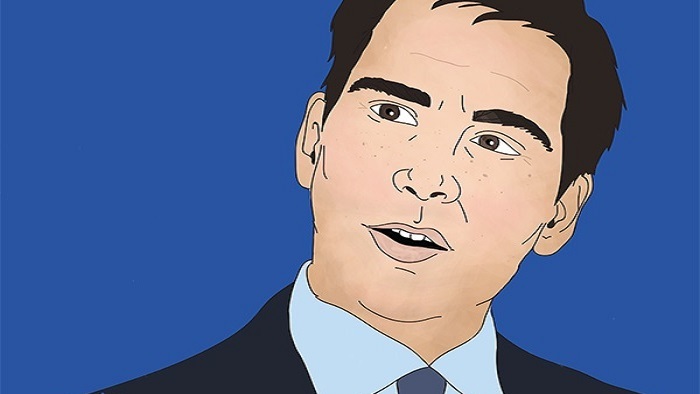 It took a testy Morning Report interview this week to remind me that Simon Bridges was still the Leader of the Opposition. Until then, he had been largely invisible as the events of recent weeks unfolded.

Of course, this could have been a deliberate strategy on his part.

He may well have decided that as the Prime Minister squirmed on the hook of her credibility over the ongoing Labour sex scandals issue, and the wider #metoo ramifications, it was best that his Deputy, Paula Bennett, was left to front that issue, especially since the disgruntled and dissatisfied Labour complainants had approached her directly some while ago.

Perhaps he may have felt that his becoming involved would raise afresh the spectre of the Jamie-Lee Ross affair, and put National on the back foot over its internal handling of that matter, so best that he stay right out of things.  Or, that the Prime Minister would doing such a good job all by herself of skewering her credibility through her vague and inconsistent answers, that there was no need for him to get involved. Whatever the reason, the upshot was that he was left looking very much missing in action.

Now, being Leader of the Opposition is both the most difficult and the worst of jobs in New Zealand politics, even at the best of times.

A Leader of the Opposition who is too sharp and critical is often dismissed as too negative and carping a critic, forever chasing every parked car they come across, no matter its size or significance.

If, on the other hand, the Leader of the Opposition is more balanced and prone to constructive criticism and promoting positive alternatives, they are seen as not up to the job of holding the government to account. It is the ultimate “no-win” job, and Mr Bridges is by no means its first occupant to have struggled with this dichotomy.

However, there are times when the Leader of the Opposition can make a positive impact and present themselves as more than just the perennial critic, and become a Prime Minister in waiting. Usually, these are times of some national crisis or disquiet, where people are seeking reassurance and certainty, or just a return to common-sense.

At its heart, politics is about trust.

When trust goes, governments soon go too. Labour’s woeful mishandling of recent events will have shaken many people’s trust in the party and its leadership. Consequently, there was probably a moment in time – now most likely to have passed – where the Leader of the Opposition could have stepped into the fray and seized the high ground. But he did not do so.

Mr Bridges and National could have grabbed the moment to position National as the party that would deal with the increasing incidence of sexual abuse in large organisations. He could have backed this up by demonstrating good faith, and releasing for public scrutiny, with all the personal details withheld, the full record of National’s recent inquiry into its own internal culture to show that his party is serious about dealing with this issue. And he could have committed National to pushing Speaker Trevor Mallard to implement fully the recommendations of the recent Francis report on bullying within the Parliamentary Service and the Parliamentary complex generally. But he stayed silent. In any case, that moment has passed now, so picking up these issues at this point would seem clumsy and contrived. Instead, National is left flat-footed once more.

In the meantime, the Prime Minister has jetted off overseas again to the comfort of the international stage, no doubt seeking more of the international fawning and adulation she has come to enjoy. While she is away, the country has been left in the hands of her grumpy, irascible do-nothing Deputy. And the Speaker continues to seem more interested in protecting the interests of the Labour Party than making the Parliamentary complex a safe place for people to work in.

Meanwhile, business and consumer confidence levels continue to fall and the prospect of recession increases; suicide rates are climbing to abnormally high levels; housing waiting lists and shortages are at all-time highs; the numbers of students achieving NCEA credits are declining; overall dependency levels are rising; and, the government’s self-proclaimed “Year of Delivery” looks more and like likely to join KiwiBuild on the policy scrapheap.

With just on a year until the next election, all of these are presenting a further round of opportunities for the Leader of the Opposition to assert himself and for National to step into the increasing leadership vacuum.

Bare dare we hold our breath waiting for him to do so?

I had enough of National, Labour, NZ first and Green.

None have any visions, motivation, and initiative to transform NZ.

NZ has been in the hands of incompetence, incapable and inaction for tooo loooong.

New Zealand People's United Party will bring political party to a new level and work for ALL New Zealanders.

If you like china so much why are you here

It doesn't really come down to the "Party" it really comes down to the "Leader" of the party and what we have currently are no decent leaders. Not really a surprise its a world wide problem, no doubt because who really wants the high public profile of this job (Unless you have the Ego the size of Trump) when there is much better money to be made in a top job in the private sector.

When is this Party you repeatedly mention going to be registered?

Propose that Interest.Co forms a political party. We have more brain power and rational thinking here than in parliament ...by a long chalk.

100 years of humiliation 'transformed' into the biggest CONCENTRATION CAMPS on the planet. Hmmm.... vision.. motivation... shameless. Some manners will take you a long way, have some respect for the country you choose to live in @xingmowang. Pray for ya!

Labour's sexual assault stuff is pure beltway politics. No one else really cares apart from the media and political tragics like Peter Dunne.

Well we vote for politicians based on their perceived integrity and honesty, don't we?

Yes, but when you start with the baseline assumption that they are all mendacious twits out for either money or fame/recognition..

Maybe we shouldnt vote at all?

Gotta vote. Voter fatigue is one factor that campaign companies factor into their efforts to sway societies. (E.g. Cambridge Analytica persuading young folk not to vote in the Trinidad & Tobago elections because it would benefit the party who was their client.)

He is building bridges to China...

More likely to eventuate than his promised bridges in Northland, I guess.

Perhaps there's a simpler explanation. Never interrupt your enemy while they are making a yuuge mistake.....

We want something new to moan about!

I've contacted Bridges and Collins twice in the last 2 months, with some ideas on RMA reform that I believe would be transformational for the economy and society. Haven't heard back from them. Not even an acknowledgement.
While I wasn't the biggest fan of the previous government, to given them their dues their ministers were generally very good at responding,

Politics is a funny game. You never quite know what's going to happen next. Timing is a crucial ingredient as the article suggests, so getting your timing right is essential. The time for National to speak up is not quite yet.
You guys (& gals) are doing a pretty good job of reading the tea leaves for now - Labour are in self-destruct mode, leave them to it. There's plenty of time in the new year for National to have their say. Struth, they may not have that much to tell us. That wont take long will it?

It was my understanding that in such situations political parties - and leaders - tend to have an understanding of treading very carefully as it could easily be them (a bit like parts of the front line in World War 1; we if don't antagonize the Germans, then they won't shell the cr*p out of us).
On the Jamie Lee Ross situation Labour, Jacinda and the Greens were very muted. However, Peters feelings for National - and in particular Bridges personally - meant that he couldn't help himself gloating (and in doing so saying much about the chances of a potential National - NZF coalition after 2020).
In response to the issue of Bridges missing in action as raised by Dunne, I would have thought that to an experienced politician such as Dunne the answer is obvious. If National were to comment on this matter then clearly it was to be Bennett rather than Bridges best to comment: firstly, because she was the one the complaint(s) approached so had grounds for involving herself and so had clear licence to speak out, and secondly, Bridges could well have faced a backlash related to issues based on gender perspectives. In response to questioning on a range of issue on Breakfast last Monday, Bridges did comment when questioned on this issue and made some pertinent comments.

Both Bridges and Bennett open themselves up to scrutiny by soapboxing at Labour, too.

Earlier this week he said Mr Bridges and Ms Bennett had accused him of harassing four women - the exact number quoted in the Newsroom article. Mr Bridges allegedly told him that number could be increased to 15.

Complainants were prepared to talk to the media: https://www.newshub.co.nz/home/politics/2018/10/jami-lee-ross-four-women...

Then later, "At no point was the matter of sexual harassment ever put to Jami-Lee Ross," Bennett told NZME.
https://www.newshub.co.nz/home/politics/2018/10/no-harassment-complaints...

Makes one wonder how seriously did Bridges and Bennett actually take complaints of sexual harassment, that these complainants felt compelled to talk to the media instead?

The REAL Question Peter D. should be WHY has Jacinda gone to China to watch the rugby world cup?

Anyone feel the trade tension...

LOL.... Wait until she asks who is playing.

I think Simon is lost in one of the numerous holes he's dug for himself. Judith is probably trying to find which one he's stuck in and then bring in an earthmover to swiftly pile the dirt in & seal him in.

Let's hope they don't accidentally dig into a fuel pipeline.