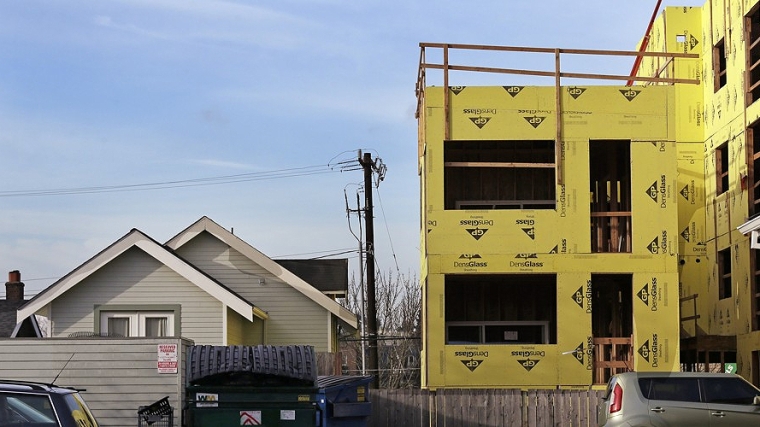 Today's Top 5 is a guest post from Ryan Greenaway-McGrevy, a Senior Lecturer in Economics and the Director of the Centre for Applied Research in Economics at the University of Auckland.

To tackle unaffordable housing, state and local governments throughout the US are upzoning large proportions of residential areas in order to permit construction of more intensive housing, like duplexes and triplexes, row-housing and apartments.

In October, the Minneapolis City Council approved the Minneapolis 2040 plan. The plan rezones much of the city to permit both incremental and substantial increases in density. Incremental gains are eked out of many residential neighborhoods by permitting additional dwellings on existing parcels, allowing more duplexes and triplexes. Substantive gains are achieved through permitting apartments.

There’s also an emphasis on encouraging the construction of more affordable housing forms in well-to-do neighborhoods. That’s a good thing for people concerned with equality of opportunity: A tremendous amount of research by Economist Raj Chetty and his coauthors has demonstrated how neighborhood factors have a big impact on upward mobility. 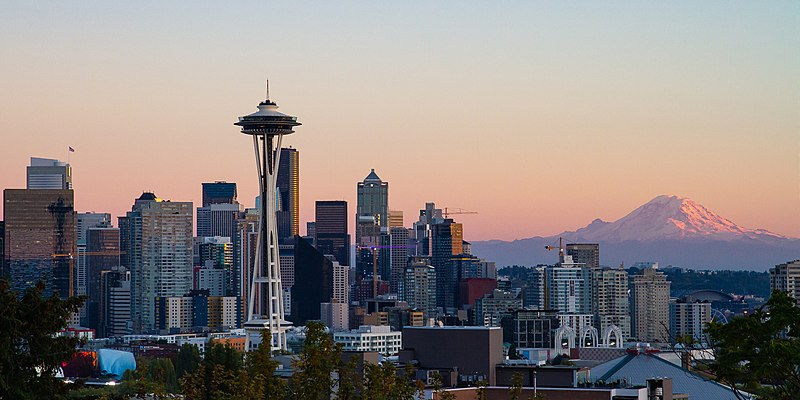 Rain City upzoned 27 neighborhoods back in March, and threw in some developer incentives for inclusionary housing by introducing Mandatory Housing Areas (MHAs).

With the Seattle Sounders taking the MLS title, and DangeRuss Wilson guiding the Seahawks towards yet another run in the playoffs, those YIMBY urbanites in the Pacific NorthWest have had a lot to preen and cheer about this year. Perhaps another prohibition-era cocktail, served in a shoe, to celebrate? 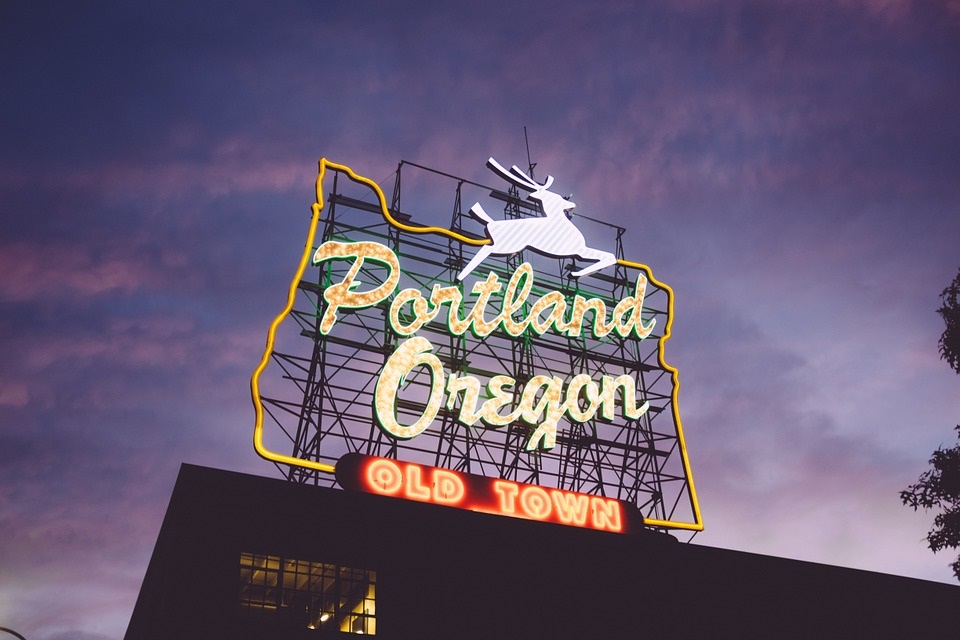 To say that Oregon’s largest city, Portland, has a housing affordability problem would be an understatement. Ex-Mint Chick Ruban Nielsen had to raise his family in a yurt, people. Motivated by these concerns, the entire state banned single house zones altogether by a 17 to 9 vote. Only one thing could make this bill better for Portlandia’s tent-dwelling hipsters: Put a bird on it!

California Senator Scott Wiener’s state-wide residential rezoning measure, SB 50, would rezone land along transit corridors to permit greater density. The Senator Wiener gave a keynote speech on the bill and housing affordability at a recent Brooking’s Institute event on housing policies to support the middle class. The bill has since stalled but will be voted on in 2020. 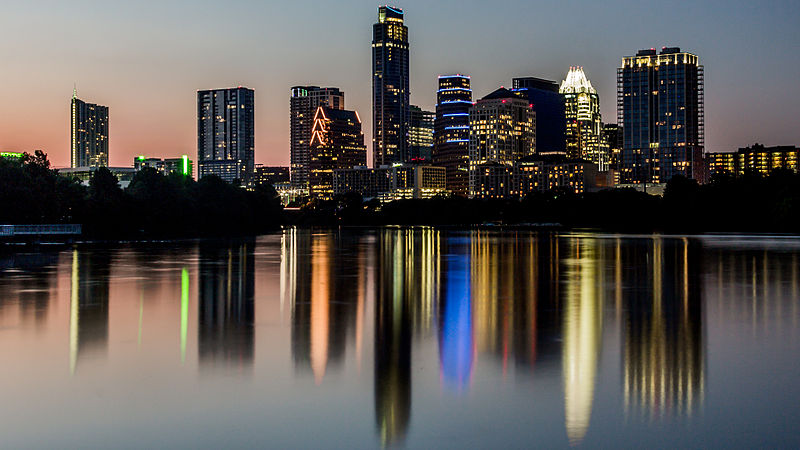 They say everything is bigger in Texas.

Well, when it comes to upzoning, Austin is starting off small. It passed an ordinance in May that allows construction of additional dwellings on single-family plots provided that a proportion of the dwellings meet affordability criteria.

Not sure that upzoning is a solution as there is a risk that they will just create slums, as areas become too crowded. Besides this approach is a sop to developers and banks rather than a more pertinent discussion on population size. Perpetual growth in a finite world gets shovelled under the carpet again!

Go ahead and collect the infinity stones so you can murder half the population. In the meantime, people need places to live.

It will only be a slum if it is in the wrong location (which is what the current unitary plan seems to promote). Desirable areas will never be a slum.

Takapuna, Hauraki and Devonport are full of sites with multiple 1960s brick units. Why can't these be redeveloped into modern, moderate low rise developments? Could easily double, treble, even quadruple the number of units. Good bus routes, ferries, bike lanes, no real need for cars (or at least more than one). And who could complain, seeing as they are already multi-unit sites.

Most people can barely see, let alone solve, the problems right in front of them. And most people have no idea how to tackle rampant global over-population. In fact, I'm not sure it's even up for discussion. Someone like the UN should be all over this, right? Yeah right!

The UN does have a Sustainable Development Goal relating to population control:

And it monitors progress against the target, e.g.,

2030 is way to far away, we have a problem now. To many people on this planet and its going to get worse before it gets better. The world population needs to be decreasing now not increasing and it will simultaneously solve several problems.

I assume you're doing your part by not having kids and killing yourself upon reaching the age of 40?

Please share your vision, and the specific initiatives you'd progress to pursue this vision. Very keen to hear what this perspective sounds like in long form.

"To [sic] many people on this planet ..."
And yet the birth rates in Europe, East Asia, the US and Canada are all below the replacement level of 2.1 children per woman.
Leave things alone and they will sort themselves out.

Not quite, most population estimates show that Africa's population is about to go ballistic, reaching over 200% of it's current population today by 2050, something like 2.5b people. And my guess is around 1b of those will be middle class as well, basically the size of China's middle class now. 2.5b is around double the population of all the developed countries in the world, who are full of baby boomers dying slowly.

Best thing we can do to lower this? Educate young women. Population policies only work with iron fisted governments and most African countries don't have that sort of control.

Global warming will sort this out.

Nature has a history of solving problems all on its own. These greedy multi billonaires dont have a chance in hell in competing with nature, other than paying designers to deliver space travel to create human civilisation elsewhere amongst the stars.

Since time immemorial, we as humans collectively have taken it as our omnipotent right to make whatever changes we desire to our surroundings. Within our capabilities we have exploited the geology, environment and all biological forms we have encountered as best serves us. Earthmoving, irrigation, land reclamation, water storage and flood control etc.. Widespread destruction of natural environment and change of land use with regard only to our economic benefit. Most pointedly the management of all other forms of biological life down even to viruses and bacteria. In most cases it simply means getting rid of what we don't want getting in our way or causing us some kind of inconvenience. It would seem to be the height of hypocrisy and hubris to exclude our own population from such controls and management which are routinely applied to all other things given that our actions are the primary source of much of the current issues affecting all living organisms on planet earth.

Is this a rant for or against increasing housing density? I honestly can't tell.