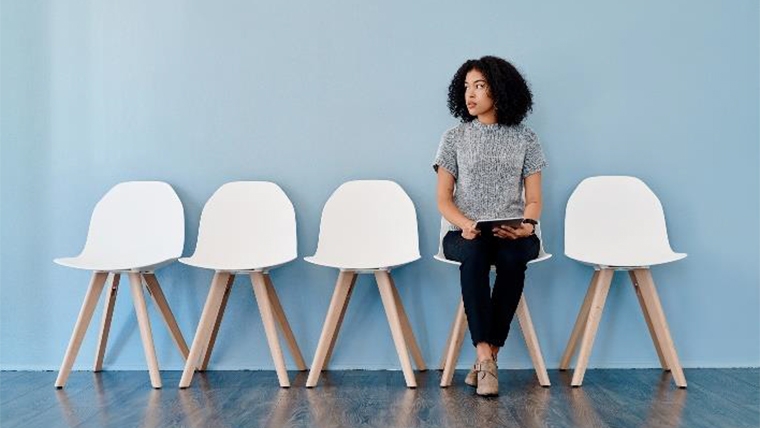 • Women have historically fared well in times of war and crisis. But Covid-19 has induced a recession like no other. And women are especially vulnerable.
• In the June quarter, 11,000 Kiwis lost their jobs. And 10,000 of them were women. That’s 90%! While we don’t quite believe the numbers, the shock to women was especially harsh.
• We had forecast the disproportionate impact on women from the Covid-19 induced lockdown. There are simply more women in the service related jobs that Covid impacted the most (See here).

Women have historically fared well in times of war and crisis.

There was an increasing demand for female labour to fill job vacancies left by servicemen.

And again, female labour was hot in demand during the economic recovery period in the 1990s. The recovery phase following the ‘Rogernomics’ era was tentative, and employers sought flexible workforces.

With part-time employment a popular option among women, female employment was barely disrupted.

In fact, female employment was left relatively unscathed during the extensive restructuring in the 1970s and 1980s.

And it all boiled down to the positioning of women in the labour market.

The industries targeted by (Finance Minister) Roger Douglas’s reforms were those heavily male-dominated, manufacturing in particular.

Similarly, with the GFC, the financial sector was hardest hit, with redundancies left, right and centre.

As a predominately male occupation the hit to employment in the recession that followed was softer for women than men.

But the Covid-19 pandemic has created a recession like no other.

NZ was under level 4 lockdown for 34 days and 50 days including level 3.

The service industry will likely bear the brunt of the nationwide lockdown.

And for the same reasons male employment was hardest hit in previous crises, women are especially vulnerable this time around.

Because over 60% of sales workers and over 70% of hospitality workers are female (See more here). 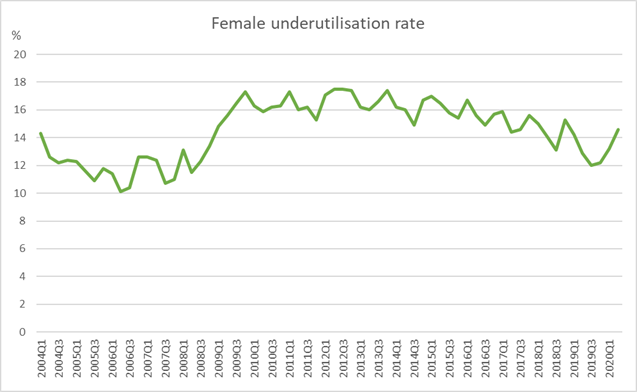 The numbers for men were more modest.

More striking is the gender breakdown of those no longer employed.

Employment fell 0.4% over the period, which equated to an 11,000 fewer people in paid employment.

While we don’t quite believe the numbers, the shot to women was bullseye.

Since lockdown, the hospitality sector has bounced back.

Our proprietary transactional data show spending at restaurants, cafes and bars have lifted from lockdown lows. But social distancing early on meant it was costly to maintain a full staff rotation.

Despite being now at level 1, some firms may make the shift to a smaller workforce permanent.

It may take a while for female employment to return to pre-Covid levels.

Because of the fiscal support to date, the numbers could have been worse (even the actual numbers).

The wage subsidy has helped many businesses remain in business, and employees remain employed. But for others, the subsidy pay-out may just be delaying the inevitable. Once the lifeline comes to an end, job losses will surely mount.

And there’ll (still) be a pinkish hue to the numbers.

The war years were a turning point for women in the workforce. More women joined and more women moved into jobs traditionally carried out by men.

The current recession may offer another opportunity to address the gender composition of the labour force.

It may be that some women are looking to re-train to be re-deployed into other industries.

The door to the manufacturing and construction industries is open. And these are sectors where women are largely underrepresented.

The Government’s $1.6 million trade and apprenticeship training package could be used to encourage more women to pick up the tools.

As they say, don’t waste a crisis.

This article was reproduced with permission.

And yet the Govt's response is to beef up the civil construction industry, which primarily employs men. Where are the replacement jobs for women?

In construction obviously or do you believe women aren't able to? Seriously shouldn't the question be what are the most important jobs to improve the health of NZ and how to encourage all capable individuals toward those sectors?

How many construction jobs require no experience, training, or qualifications? If men are currently the only ones with the relevant experience and qualifications, how will women get these jobs? You don't become a civil engineer overnight.

hmmm.... you could say that about virtually any sector. In fact hospo and retail aside, i imagine construction is a sector that has more entry speed than many.

And completely misses the point that defining any job as "for women" is backward thinking.

You aren't even asking pertinent questions like:
Is this due to women comprising more part time roles and so are more at risk of redundancy?
Are there less women in 'essential' or stable job sectors?
Is this because families can't afford childcare on currently reduced incomes and are sacrificing the mothers job to look after children?

You're right, that's why the government's money allocated towards providing free vocational training in the wake of this crisis is a good idea.

As a side note: After the Christchurch Earthquakes due to huge demand for construction workers to rebuild a large number of women entered the industry in Canterbury. This interesting economic phenom was unfortunately used to declare the industry sexist in a report that was published in the herald a few years back because women were getting on average lower pay in construction in Canterbury.... which you would expect if they on average had lower experience which they did due to the huge influx of low level workers a few years prior.

I cant help but wonder if women are more affected because of the nature of work they do in fields like hospitality and air travel etc , and to a lesser extent retail shop assistants, where most of the job losses appear have been. The trades, truck drivers , etc , on the other hand seem resilient , and to be fair , we have almost no female tradies .
Even so , 90% of job losses being women losing their jobs seems way too high

I think the sample size in the labour force survey was 500. According to another article on this site anyway.

So maybe the results are a bit skewed or something. 90% seems incorrect.

Where are salaries higher on average, sales and hospitality or manufacturing and construction? Maybe that explains any gender wage gap?

You're on to it, almost all of the gender wage gap is explained away by industry choice, occupation choice, hours worked, experience and relevant education.

The heart of the issue here is whether women are under-represented in construction and trades because they're discriminated against or because it's work that is less appealing. Women are more than capable of fulfilling these roles, but they are often physically demanding and at times dangerous. This should be the conversation.

I think like most things the answer lies somewhere in the middle.

Why do a job that is physically demanding and sometimes dangerous if you'll also probably be discriminated against while you do it? No thanks!

Among these numbers will be women and some men, who found something during lockdown they actually enjoyed and maybe do not want to go back to what it was all like before. Realised there is more to life than racing to a soulless job, the kids in an expensive, corporate run daycare, that the reward from going to work did little to justify the cost of getting there. There is a little groundswell of people who don't want to be just another cog in the wheel, may be starting little cottage industries, or buying locally and ethically made products online.
I hope so, anyway, but I do know a few people who have done exactly this.

How many women are employed in family businesses? A moral/easy choice may be being made to lay them off temporarily to keep other non-family staff employed. Remember that there is the Covid dole available. Which is not income or asset tested and your partner's income does not disqualify you either. 3 Months off on $500 per week while times are a bit tough. If there are any surplus profits available in the business they can be distributed to you as a shareholder or as increased salary/wages when you are hired back on.

Why would this disproportionately hit women though?

Actually, answered my own question while I type this. I know quite a few people who 'hire their wife as a secretary' for tax purposes

this phenomenon has impacted on me - losing my job via a covid inspired small restructure. In the months between May and now, I have been underemployed for sure, but also applying for a few roles, but more importantly setting up my own business. I had a crack at getting the Covid Relief Payment, but because I am self-employed, not unemployed, I am not eligible. I am also not eligible for any form of Covid related support for businesses because my business wasn't operational before April 1. So that leaves it totally in my own hands to try and make things work, pay the bills and support my husband and myself. The challenge is large. I was on a good salary prior to this and with the same employer for nearly 11 years, in a skilled role. Fortunately I have run my own business in the past and my skillset can be deployed without high overheads. But I do think there is a gap under current policy which doesn't support the thousands of people in a similar situation to me who have set up their own businesses, knowing the odds of being reemployed in this environment are low.

Welcome to the occasionally rumbustious Interest commentariat. Your journey will, as is the case for farmers like AndrewJ and Hook, make Interesting reading if you keep us updated.

And yes, policy, made largely on the hoof with partial information and a pending election where Vote Harvesting rather than considered coverage is the overriding objective, does tend to have large gaps.

Why exactly do we need to "address" the gender composition of our workforce?

Men and women are different, thank god. We should embrace and celebrate that fact.