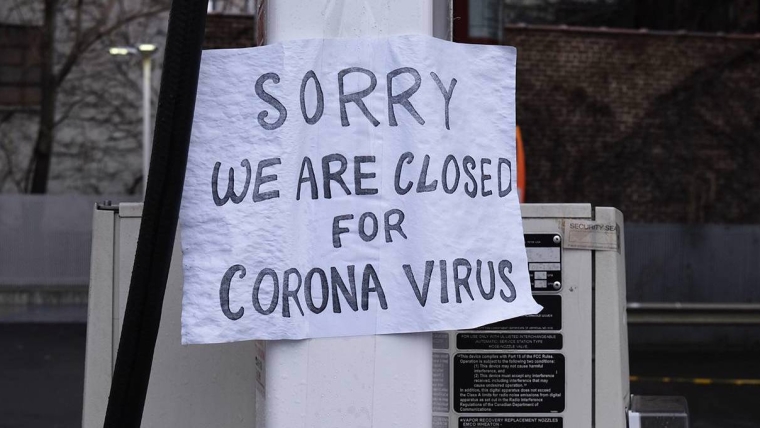 The double dip is not a dance. It is the time-honored tendency of the US economy to relapse into recession after a temporary recovery. Over the years, it has happened far more often than not. Notwithstanding frothy financial markets, which currently are discounting the nirvana of an uninterrupted V-shaped recovery, there is a compelling case for another double dip in the aftermath of America’s devastating COVID-19 shock.

The daunting history of the US business cycle warns against complacency. Double dips – defined simply as a decline in quarterly real GDP following a temporary rebound – have occurred in eight of the 11 recessions since the end of World War II. The only exceptions were the recessions of 1953-54, the brief contraction of 1980, and the mild downturn of 1990-91. All the others contained double dips, and two featured triple dips – two false starts followed by relapses.

The double-dip does not, of course, come out of thin air. It reflects the combination of lingering vulnerability in the underlying economy and aftershocks from the initial recessionary blow. As a general rule, the more severe the downturn, the greater the damage, the longer the healing, and the higher the likelihood of a double dip. That was the case in the sharp recessions of 1957-58, 1973-75, and 1981-82, as well as in the major contraction that accompanied the 2008-09 global financial crisis.

The current recession is a classic set-up for a double dip. Lingering vulnerability is hardly a question in the aftermath of the 32.9% annualized plunge in the second quarter of 2020 – by far the sharpest quarterly decline on record. Damaged as never before by the unprecedented lockdown to combat the initial outbreak of COVID-19, the economy has barely begun to heal. A sharp rebound in the current quarter is simple arithmetic –and virtually guaranteed by the partial re-opening of shuttered businesses. But will it stick, or will there be a relapse?

This could be wishful thinking. The basic problem is the virus, not the need for Fed-induced liquidity injections or the temporary support of a fiscal package. Monetary and fiscal measures can temper financial markets’ distress, but they can do little, if anything, to resolve the underlying health security issues weighing on the real economy.

With the US remaining in the grips of the pandemic, the case for sustainable recovery looks tenuous. While rebounds in production and employment underscore significant progress on the supply side of the economy, these gains are far from complete. Through July, nonfarm employment has recouped only 42% of what was lost in February and March, and the unemployment rate, at 10.2%, is still nearly triple the pre-COVID level of 3.5%. Similarly, industrial production in July remained 8% below its February high.

Healing has been even more tentative on the demand side. That is especially the case for key components of discretionary consumption – notably, retail shopping, as well as spending on restaurants, travel, and leisure. Full participation in these activities – all of which entail face-to-face human contact – implies health risks that most of the population is unwilling to take, especially given elevated infections, the lack of robust therapeutics, and the absence of a vaccine.

To put the pandemic’s impact in perspective, consider that transportation, recreation, restaurants, and accommodations – the most COVID-sensitive segments of consumer demand – accounted for 21% of total household expenditures on services in the first quarter of 2020, before the pandemic hit full force. Combined spending on these categories plunged at an 86% annual rate in real (inflation-adjusted) terms in the second quarter.

The monthly data through June underscore the lingering headwinds from these important segments of discretionary consumption. While combined consumer spending on durables and nondurables bounced back to 4.6% above pre-pandemic levels (in real terms), household spending on total services – by far, the largest component of total consumption – has recouped only 43% of its lockdown-induced losses.

On balance, this points to what can be called an asynchronous normalization – a partial recovery that is drawing greater support from the supply side than from the demand side. The US is hardly unique in this respect. Similar outcomes are evident in other economies – even China, whose state-directed system is much more effective at command and control of the supply side than it is in influencing the behavioral norms shaping pandemic-sensitive household consumption on the demand side.

But the asynchronous normalization of the US economy is very different in one key respect: America’s abysmal failure at containing the virus not only underscores the lingering fears of infection, but also raises the distinct possibility of a new wave of COVID-19 itself. While there has been a reduction in the incidence of new cases over the past month, the daily infection count of nearly 48,000 in the week ending August 20 is more than double the pace recorded in May and June.

Together with a death rate that has averaged a little more than 1,000 per day since late July – and projected to remain at that level for the rest of the year – this elevated pace of infection takes on even greater importance as a predictor of what lies ahead. Consumer fears – and their impact on pandemic-sensitive services – are unlikely to subside in such a climate and could well intensify if a new wave hits.

Therein lies the case for a double dip. Partial and asynchronous normalization in the aftermath of the worst economic shock on record signals lingering vulnerability in the US economy. And failure to contain the virus underscores the distinct possibility of aftershocks. This is precisely the combination that has led to previous double dips. Yet frothy financial markets are wedded to the narrative of a classic V-shaped recovery. The rhymes of history suggest a very different outcome.

Stephen S. Roach is a faculty member at Yale University and the author of Unbalanced: The Codependency of America and China. Copyright: Project Syndicate, 2020, published here with permission.

Hard to argue with Stephen's assessment

"Full participation in these activities – all of which entail face-to-face human contact – implies health risks that most of the population is unwilling to take, especially given elevated infections, the lack of robust therapeutics, and the absence of a vaccine.".

This bottom-up aversion to any risk factors - close proximity to others, shouty people (bars, churches, festivals, events, demonstrations), closed environments (elevators, narrow passageways...) is exactly the sort of behaviour that the much-vaunted Models failed to - er - Model - they seem to have generally assumed a monoculture of behaviour.

I thought I recognised this article. Just came across it on zerohedge and got serious de javu.