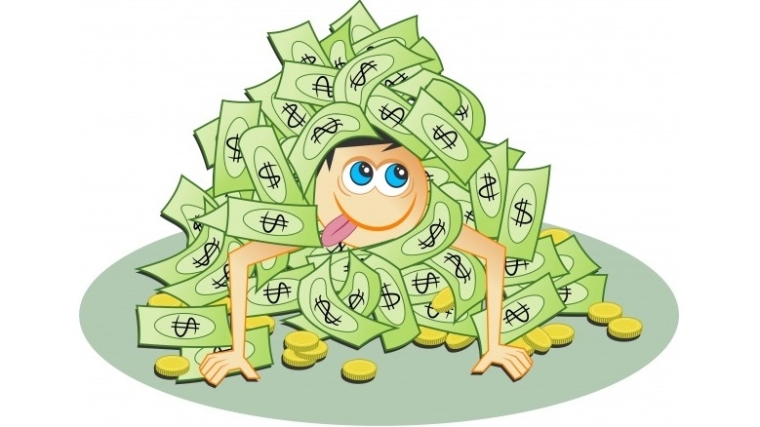 At the moment it all looks like a bit of a magic act.

Based on the latest RBNZ figures released this week, Kiwis had as of the end of August just over $13 billion more in their bank accounts than in February when the Covid crisis kicked off in earnest and shortly before we went into lockdown.

At the same time, however, since emerging from lockdown we've borrowed a net $7 billion more on houses, with the amount owed on houses rising by its biggest amount in 13 years in August. The $7 billion added to mortgage stock since April is the most in an April-August period since 2016.

Between the savings and the borrowings these figures don't on the face of it show a country in recession.

But remember, since March there's been something like $14 billion pumped into the economy via the various wage subsidies and all other kinds of support and stimulation.

However, it still strikes me as more than a little odd that at the moment we are seemingly able to both accumulate cash and be out borrowing up large on houses.

Is it all a bit too good to be true? And does it all come to a screeching halt some time real soon? (And bear in mind that the wage subsidies are coming off as of now.)

Seemingly the key thing is what happens once the effect of the wage subsidy money wears off and maybe once jobless numbers increase.

Is there anything we can learn from reasonably recent history?

I've had a bit of a look back at some of the figures from the time of the last great economic shock, the Global Financial Crisis just to see how kiwis reacted financially. I always associated the real 'start' of the GFC as being the collapse of Lehman Brothers in September 2008, so looked closely from that point.

At the time the country was seeing very strong growth in savings, I would assume on the back of the very strong housing market that had prevailed. This build up in savings did continue after the real onset of the GFC - for a while. During the course of 2008 in this country bank deposits climbed $10 billion (from a much smaller base than we have now). However, in 2009 there was a mere $2 billion added to deposits and then for the first eight months of 2010 virtually no increase in deposits, until there was then a late surge towards the end of the year.

Well, between June and August 2008 before the trouble really got started there was a hefty $5 billion increase in the mortgage debt pile (and again this was from a smaller base than today). But in the next six months after that the mortgage debt grew by just $2 billion.

But in the next three years up to the end of 2011, the mortgage total grew by only around $11 billion.

What both those savings and borrowings figures tend to show is that there was a lag, a delay, in the impact of the economic shock coming through. For a little while the savings and borrowing patterns looked 'business as usual'.  But once the aftershocks of the GFC hit, the effects were long lasting.

We cannot expect that the effects from the Covid crisis will be the same as those from the GFC. The similarities are that the two events are big economic shocks. But the causes of course are totally different. And therefore how the after-effects play out are likely to be different.

But I use the comparison with the GFC here because simply it is the last big economic shock we had before Covid.

Another big difference between GFC time and now is the interest rate regime. Chalk and cheese.

In the run up to the GFC the housing market and economy were overheating. The Reserve Bank was hitting the interest rates hard in an attempt to take the heat out of inflation, having amped the Official Cash Rate all the way up to 8.25% (a full 8 percentage points higher than now!).

Consequentially, floating mortgage rates (according to RBNZ figures) were on average at just under 10.9%, while six month term deposits were attracting nearly 8% (oh, that brings tears to the eyes.)

The huge differences then and now in interest rates mean that the actions of people now might be quite different to how they were then.

To go back to the savings figures as of now, we know that household deposits have increased by that $13 billion since February to now total over $197.5 billion.

Within that though, we can see that term deposits are on the run. They dropped by about $1.5 billion in August. As at the end of August there was $98.5 billion in deposits, down from nearly $101 billion in February.

At the same time though, transaction account balances have risen to nearly $36 billion in August from over $28.5 billion in February, while savings balances as at August stood at a little over $63 billion from nearly $55 billion as of February.

While all this has been going on, consumer debt - on credit cards and personal loans - has dropped from over $16.5 billion in February to a little over $14.5 billion in August.

So, it all means that for the moment good numbers of people do seem to have their finances locked down quite well.

But what happens from here?

This time could be different

As said above, the fact that interest rates are now so low could see people react very differently in the aftermath to this crisis compared with the way they did after the GFC.

Then they hunkered down and saved and cut down on borrowings. Because the then prevailing interest rates were supportive of such behaviour.

Maybe the opposite applies now with deposits yielding so little and likely to yield even less as we head into next year.

Does it ultimately mean that the cash currently in bank accounts gradually gets whittled down as people concentrate on investing in assets they think might yield a better return? It could mean we end up even more in debt and very dependent on interest rates continuing to keep low.

The next three or four months are going to be intriguing.

The public reaction to this recession has surprised many so far. It may continue to do so.

For a country such as ours that runs consistent current account deficits it is only when the government as the currency issuer runs budget deficits that net financial assets are added to the private sector to finance our savings. Banks can only create money as credit with a debt liability attached and so they cannot add to our savings. (sectoral balances). https://www.economicsjunkie.com/sectoral-balances-and-private-saving/

Private banks have been the money creator. But the reality is that they need a constantly increasing rate of debt growth to make it all work. As income growth is benign or likely negative, the money tree / train has a huge barrier. Punting on people borrowing ludicrous amounts of money for the privilege of living in a hovel doesn't make a lot of sense. The reality will soon be that the monetary system has run its course. Of course the sheeple are completely unaware that there is any problem with the status quo.

Remove the capacity to run Offset Mortgage Accounts, and pay tax on any interest earned on savings freed-up (not much at 0.5% pa return) AND then have to pay the Floating Rate Interest rate (say, 4.5%) that is currently required to Offset, and see what happens!
I'll wager that most with 'spare' funds in those accounts do indeed 'pay off the mortgage' instead of 'saving' it - which makes absolute sense the way we have things set up.
It will also have the effect of shoving those on Offset Floating onto some term of Fixed - probably 2 years at a lower % rate, and see whatever savings are 'freed up', and not used for debt repayment, pushed out to +2 years to get a return on them.
Like anyone with any sense, I have as much Borrowed and Offset in a Call Account as the bank will lend me, ( and more than they would today!) and have had for years. What would I do if they change the way taxation is levied on an Offset Account? It's not a question that I am going to have to answer, is it?! Because if Offsets get repaid, Loans will too, and THAT is the last things a debt soaked society, reliant on ever more debt creation, needs.....

Why is it so hard to understand?

Money has been printed (or borrowed) by the gubbmint and put into peoples pockets. People know that we are in dangerous times, so put it in the bank to be spent slowly if they lose jobs etc. Businesses receiving the wage subsidy do the same.

Banks create mortgage debt via fractional reserves right? So as long as the debt can be paid back (or an illusion that it can), they keep lending.

You are right, the next few months will be interesting, once all the distortions are shaken out and a new government is yet to be put into power. I guess the incumbents can keep the can kicking going if they need to, but there may be some vociferous opposition from yet to be determined ministers.

in other words money claims go up while economic output trails down.

We have lost the momentum of converting one energy form into another, and providing ourselves with employment and wages in the process.

Watch those world elections, arms conflict, trade wars, brexit, peoples limited capital movement due to Covids. Personally the past months or so our households savings behaviour is a bit more than usual compare to the binge spending specially the one through the credit debt means. NZ be ready, brace for impact - hey, even if it did not eventuate? - treat it like a fire drill, unless silly me off course if you're into FIRE proof economy belief.