Economist Brian Easton says the economy has been through a traumatic experience. Prospects look sobering

Economist Brian Easton says the economy has been through a traumatic experience. Prospects look sobering 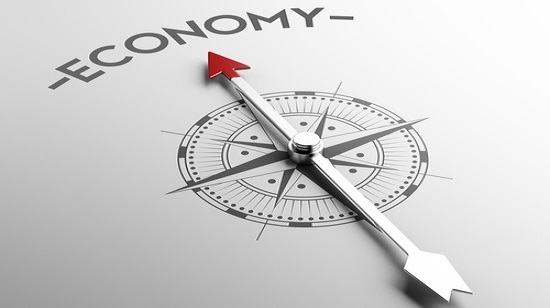 Preliminary official estimates suggest that market production (GDP) fell 12.2% in the June Quarter 2020 – a huge, and probably unprecedented, contraction. In mid-April the Treasury had expected a fall of 23.5% (published in the 2020 BEFU). In mid-August Treasury lowered its forecast to a 16.8% fall (published in 2020 PREFU),

So the economy has done better during the Covid Crisis than Treasury (and other) forecasters expected. Other indicators, such as those from the labour market, have also turned out to be less distressing than expected. Why?

One view is that the economy has showed much more resilience than was allowed for; another claims that the better outturn has been due to the brilliance of the policy measures. How much you emphasise one over the other probably reflects your politics. My answer is ‘both’, albeit with some attention to the interaction.

I am constantly reminded of the ability of an economy to adapt. While some businesses lost their product markets and workers lost their jobs, other businesses were seizing new production opportunities (like sanitisers and masks – many of which became fashion objects); that required new jobs for workers. Others adapted to the new circumstances, like switching to domestic tourism or learning to operate from home.

Of course, there were downsides. In some industries, like tourism and hospitality, job losses were big. Some businesses closed down divisions, establishments or entirely. (The story is complicated by layoffs and downsizing which would have happened anyway but was accelerated by the Covid Crisis.)

The events described in the last paragraph are news headlines. The upsides get less coverage. So we tend to be more pessimistic about the resilience of an economy than the record shows.

Two particular historical episodes sharpened my admiration of the resilience of the market economy, although neither is particularly celebrated.

Following the wool price crash of 1966, New Zealand exports underwent an extraordinary diversification both of what we exported and where we exported to. In 1965 we had one of the OECD’s less diversified external sectors; by 1980 we were in the middle of the bunch.

The other instance was in the late 1980s and early 1990s the disruptions of Rogernomics dumped around half of the workforce into unemployment in a four-year period. Those involved did not just bewail their fortune, but did something about it – most seem to have been unemployed for only a few months.

The downside was that many ended up in low-quality jobs or ones for which they were unfitted. That included the construction industry and probably contributed to the leaky and earthquake-inadequate buildings. Others redeployed to (poor quality) financial advisers which contributed to the over-extension of financial companies in the 2000s, the collapse of which cost a lot of investor savings.

The lesson is that the resilience had to be accompanied by supportive public policy. In the 1990s there was no program of upskilling. Instead training was reduced, while government regulation was wound back.

What happened after the 1966 wool shock was even worse. Much public policy attempted to retard the market-driven change, especially failing to adapt existing institutions to the evolving economy. Pressure groups protected themselves in the short run, inhibiting adaptation in the long run.

Recent events have been so chaotic that it is hard to judge how successful the policy responses have been. The strategy of cushioning the shock by government supplementing private incomes with public borrowing has broadly worked. It has really been a ‘flattening out’ of the shock for that is the effect of the higher government debt in the long run because it moves its cost from the immediate to over a longer period. (Fortunately, low interest rates mean the burden is not as great as it would have been in the past.)

I am less sure about some of the industrial support in the package. If we were to repeat the 1970s we would pour subsidies (or equivalent protective regulations) into failing industries. But what are the failing industries? Perhaps some of the current ones will recover; some may not. There were quiet conversations before Covid about how international education was changing dramatically and there would be fewer students in the future. The cruise industry will be struggling long after an effective vaccine becomes widespread. But what about tourism generally? We may also find gains;  for instance, changes to supply chains (which could favour New Zealand by encouraging home production).

The Treasury forecasts expect a big recovery in June Quarter 2020. By MarchQ21 they expect the market economy to be only 4% below MQ20. After that, the output track parallels the pre-Covid economy but is about 7% lower.

Before we have an outbreak of hysteria, there was a similar-sized drop in the long-term track (i.e. of 7%) after the GFC in 2008 (but neither the contraction nor the recovery was as sharp). This is usually attributed to a sluggish world economy rather than anything New Zealand did. Similar sorts of considerations apply to the post-Covid track. So the long-term considered expectation is for a similar growth rate but relatively lower level of output.

Other factors may reinforce this, including giving a higher priority to the environment. Moreover my guess is that we will be less keen to repeat the massive immigration inflow of the 2010s, which enhanced total output but was of little value to resident New Zealanders.

We do not know what all this means for industrial structure in the post-Covid era.  We all, including the Treasury, are projecting on the basis of one freak quarter. I guess we will have to wait on December’s (half-yearly) HEFU, by which time we may have three quarters of post-Covid data. But we will still be floundering around about the impact of Covid on the world economy and the possible effect of vaccines.

Footnote: Recent economic management has been good – but perhaps not brilliant. This is not a political point. Had he been Minister of Finance, Bill English would have treated the crisis in essentially the same way as Grant Robertson has.

The can just continues to get kicked down the road. This government just chucked a load of money at the problem to create a short term sugar hit. Things will just continue to get worse for the majority of people.

That can has been kicked a long time now...its an old Leopard Lager steel can, the younger generation has never seen what it used to look like without the dents and scuffs.

Said can is getting so heavy that future attempts to kick it will likely result in broken foot if not leg...

And the potholes in the road are getting ever-bigger.

Easton has never understood the Limits to Growth, or physics, or anything. He's just an old-style tea-leaf-reading economist. Nice fellow, I suspect, but totally blind-sided and probably a linear-thinker. This is a Systems issue, the virus merely a minor repercussion, Climate Change a major one. Seems to me we have to move the conversation on, to those who 'get' the bigger issues in proportion.

Correct Powerdown, a warming climate and abundance of cheap energy will be a huge advantage to us all. A bright future we have.

Commodities per hour worked will continue to get cheaper and cheaper as they have for 10,000 years and continue to do so for obvious reason.