a2 Milk Company (ATM) was one of the great New Zealand success stories and then it wasn't. Well not quite so much.

And while it's not exactly 'three strikes and you are out' for the market, the fact that a2 has now - substantially - downgraded its earnings prospects THREE times in the current year, has severely dented confidence in the company.

Just last August a2 was living the dream, reporting a bumper after-tax profit of $385.6 million on revenues of $1.73 billion. Its share price, which some of us could still remember once being around 10c, hit the giddy heights of $21.50, valuing the company at $15.9 billion. Eat your heart out Fonterra.

At the start of this week the share price was $9.50, meaning the company has more than halved in value in little over six months. It's currently worth about $7 billion.

Anybody unfortunate enough to have say bought 1000 shares last August and who didn't sell would at time of writing have turned $21,500 into $9500 and might now be wishing they had bought a fourth Auckland house instead. (Yes, that last remark is tongue in cheek). 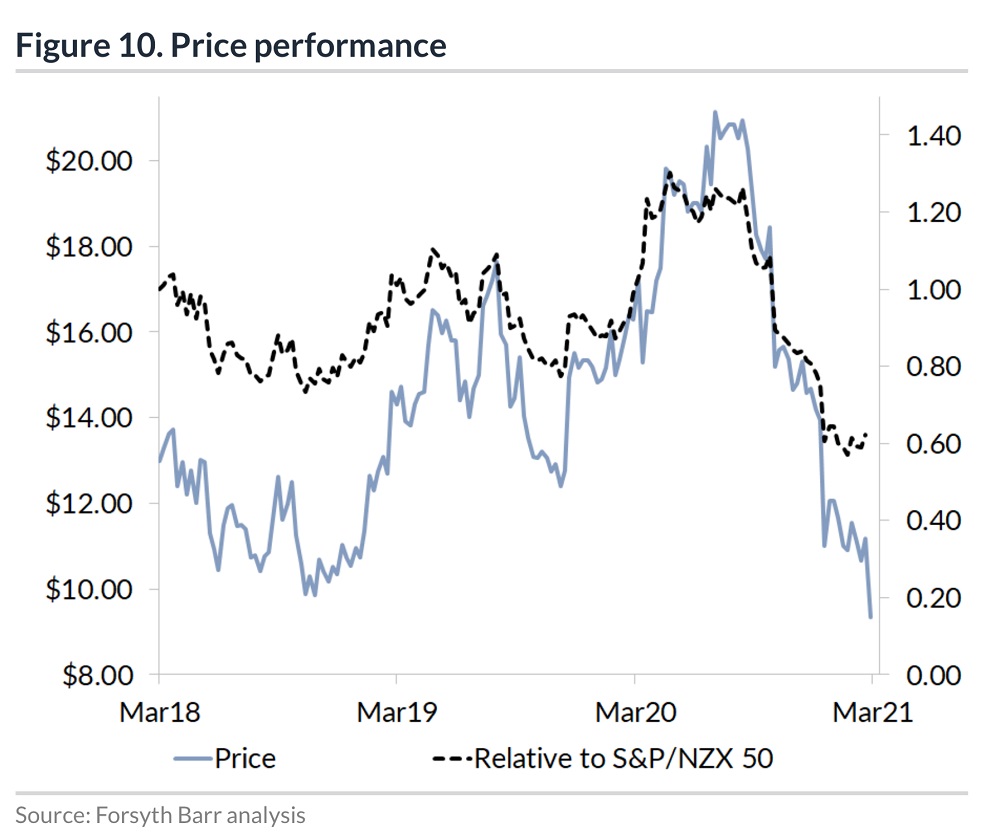 As some means of comparison the NZX50 gross index, which measures the overall value of the country's top 50 stocks rose 3.8% over that time - remembering that a2 is actually one of the biggest companies in that index and would therefore have provided a significant drag factor. In other words other companies in the index did a lot better.

Essentially (and it is complicated) the company's struck problems with its selling channels, some of which are very informal in nature and are therefore hard to get a reading on.

And it doesn't appear the problems will be solved overnight.

Forsyth Barr analysts Chelsea Leadbetter and Matt Montgomerie have crunched the detail of the latest financial information from a2 - and have downgraded their recommendation on the stock from 'outperform' to 'neutral'. 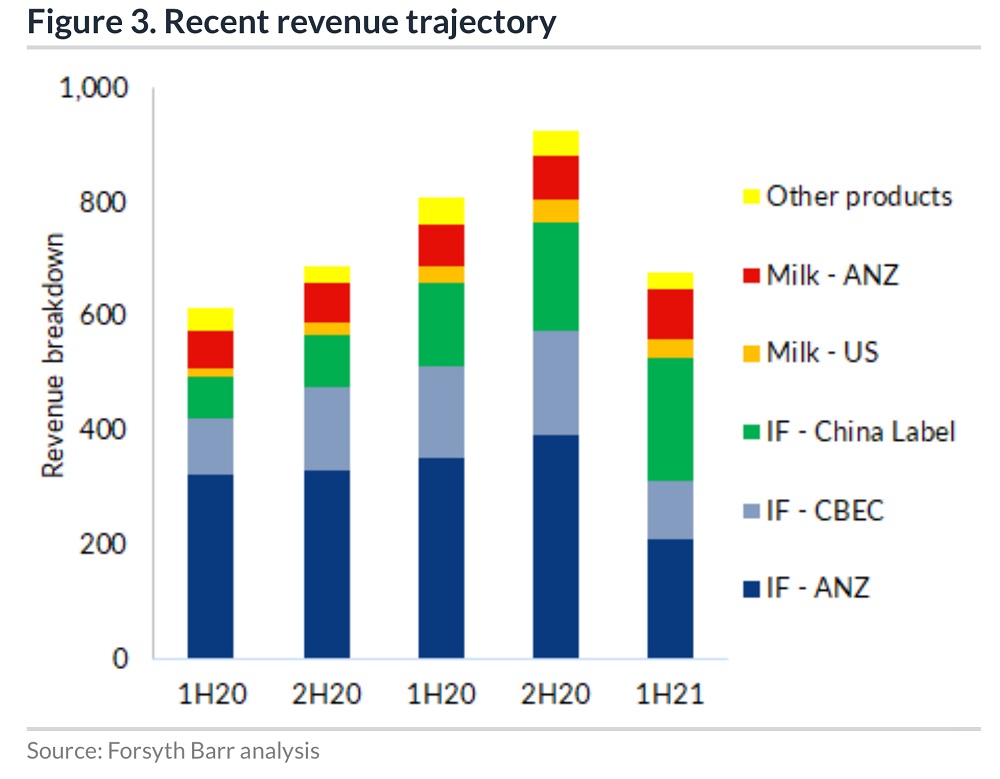 They said the latest earnings downgrade was "a further unwelcome reminder of [a2's] ATM's opaque channels to market, with very limited visibility (including for management)".

"The downgrade cycle has materially dented our (and market) confidence in the near- term outlook which will take time to rebuild.

"We remain confident in ATM's longer-term brand positioning and growth potential, particularly in large offline channels in China where ATM under-indexes. However, at this juncture there is too much uncertainty to have conviction in a directional call and FY21 guidance is not risk-free."

The analysts have made a number of revisions to their forecasts and now don't see the profitability of the company returning to its levels of last year till 2023.

"There are many unknowns, with recent announcements a stark reminder visibility is low and there is a high margin of error in earnings forecasts," they say.

These are their forecasts for a2 showing both their 'old' forecasts and the new revised ones:

And there were directors selling at $20, say no more. My biggest sell warning for stocks is directors selling. On a side note an up coming IPO that I wont name looks like one for the mugs, directors saying they will keep 21% of shares, but in reality selling the 79% is their big payday. The new sharsies brigade will learn after they have lost. You probably know the IPO I am talking about (note the current corresponding TV ads)

I agree, I can't see anything there that can't be replicated by someone else and many with better logistics already in place.

A2 still seems to be the darling of share pickers, though with fast declining birthrates in their target markets it looks like they have a steep hill to climb to me.

Yes A2 does have a legitimate product, but the 15 billion market cap was a step too far at this stage.

I haven't looked at the financials of the IPO so won't comment on that, but I have never understood why anyone would pay extra for a meal's ingredients being delivered with a recipe. Either go to the supermarket and buy better and cheaper and download one of the million recipes online, or have a cooked meal delivered for convenience.

10c? I bought some at 7c and that was after they'd climbed up from 3.2c from memory.

So A2 Milk has become MeToo Milk ?

Had some ATM many years ago and sold before the share price took off.
Now i just stick to the bank stocks who loan plenty for houses and make plenty for the shareholders.

Do you guys actually drink the stuff or do you just buy shares and hope other people drink lots of it ? Things are getting tough out there, most people buy the budget milk and some kids probably only get water on their Weetbix if they are lucky to even get that for breakfast. Never saw the point of it myself, unless of course you cannot drink the normal stuff for some reason.

on the IPO, I think this model has a medium term flaw, if you teach people how to prepare meals over say 6 months, then why cant they simply get ingredients delivered (cheaper) and make the meals. There is no defendable IP and relatively low barrier to entry, so agree, its a payday for the current investors.
A2's issue is that while ultimately their formula ends up in China, the A2 Co does not have access to the actual user and does not have control over the grey channel. Now they have volume reductions due to China regulations and lack of students in AUS and NZ etc, how do you turn that around quickly. Share price will like bounce due to significant investor greed with this stock, but performance will continue to decline near term!

Yep and Karicare are doing A2 into China now.

Most companies listed on the NZX are actually over-hyped, mediocre and heavily depended on smooth talking CEOs and marketing to its investors and the public. If folks at Demographia decides one day to rank stock markets instead of houses, NZ would easily claim the number one spot for being extremely overvalued.