Stephen Roach explains why he expected a double-dip US recession this year, and why that call now lies in tatters

Stephen Roach explains why he expected a double-dip US recession this year, and why that call now lies in tatters 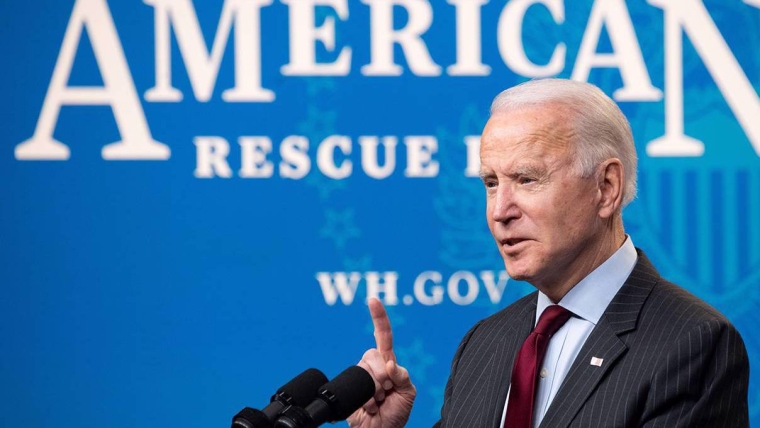 I have been in the economic forecasting business for close to 50 years. I got my start in the early 1970s, on the research staff at the Federal Reserve in Washington, DC, before taking my crystal ball to Wall Street for over 30 years. For more than a decade, it has been the ivory tower at Yale – still dabbling in forecasting from time to time but mainly teaching, writing, and speaking.

Over that long stretch, my forecasting record has been mixed. There were a couple of memorable calls at the Fed, where I warned of a sharp recession in the mid-1970s and intractable inflation later in the decade. But I look back with the greatest pride on my collaboration with Larry Slifman in building the Fed’s first “black box” forecasting model that I believe is still largely in use today. We worked around the clock for several weeks to program linked computer-based spreadsheets (unheard of back then) as a replacement for the single-iteration monthly exercise previously done manually on a Monroe calculator. Our so-called judgmental approach was the point-counterpoint to the Fed’s renowned large-scale econometric model.

My Wall Street efforts were more thematic. I continued to forecast but focused more on big-picture developments such as corporate debt and restructuring in the late 1980s, the productivity debate of the 1990s, global healing of a post-crisis world in the early 2000s, and then my sweet spot, China and its impact on the global economy. My Wall Street forecasting record was good enough to maintain job security at Morgan Stanley, although there were several close calls.

Attempting to predict interest rates was my least favorite part of the job. With good reason. I remember walking into the old Morgan Stanley investment banking meeting room and seeing a chart of my predecessor’s bond market forecast sitting upside down on the floor. I was determined to avoid that fate. When my favorite bond trader started calling me “dart man,” I made an executive decision to disengage and hire an interest-rate strategist. Survival of the fittest, I guess.

I should have known better when I came off the bench as a retired forecaster last summer and penned a piece with the now memorable title of “America’s Coming Double Dip.” I argued that the post-pandemic rebound – a record 33% annualised pop in GDP in the third quarter of 2020 following an equally sharp 31% contraction in the second period – was nothing more than an arithmetic yo-yo.

But that brilliant insight wasn’t really the point. I went on to stress that the nascent recovery was likely to be aborted by a relapse, as had occurred in eight of the preceding 11 recessions since the end of World War II. A few months later, taking comfort from some economic indicators that had broken my way, I committed the most egregious forecasting sin of all: giving a date. I actually wrote that the coming double-dip was likely to occur by mid-2021.

The worst forecasting mistake of my career? It sure seems that way. Rather than the relapse that I was looking for, there is now widespread talk of an open-ended boom. My well-trained successor team at Morgan Stanley, which has been aggressive and right with their forecast of a V-shaped snapback from the COVID-19 shock, is now calling for a nearly 10% annualised increase in US economic growth in the first half of 2021. That’s not exactly the dip that I, their former team leader, was expecting. Had I still been in that chair, the cold sweats of my job-security nightmares undoubtedly would have returned.

Wall Street forecasters quickly learn the rules of culpability. Like bond and stock traders, the “mark-to-market” mindset forces intellectual accountability on economists and, sometimes, even on market strategists. That’s when it pays to have a cogent analytical framework that tells you what went wrong and why.

The double-dip call was premised on three considerations: historical precedent, lingering vulnerability, and the likelihood of another shock. The history of earlier business cycles was on my side. And with employment and real output remaining well below pre-pandemic peaks – especially for face-to-face activity in the all-important services sector – there appeared to be a compelling argument for lingering vulnerability. Lastly, with a new surge of COVID infections in November, December, and early January triggering partial lockdowns in about three-fourths of all US states, the case for another shock seemed reasonable. Putting it together, I concluded that it was only a matter of time before another dip would occur.

Basically, the shock turned out to be short-lived – also for three reasons: vaccines, human nature, and Bidenomics. Just as Americans signed up for shots, COVID infection rates plunged to just 26% of their early January peaks. That development, together with a sharply accelerated vaccination trajectory, pointed to sooner-than-expected herd immunity and a prompt end to the pandemic. Second, dismissing worrisome new COVID variants, impatient Americans and their compliant political leaders are breaking with recommended public health restrictions. And, third, the fiscal floodgates have been opened as never before: the $900 billion package of late 2020, followed by the $1.9 trillion American Rescue Plan in March, and now a proposed $2 trillion-plus of additional stimulus for infrastructure writ large dubbed the American Jobs Plan.

With the end of COVID in sight, all this has turned into a powerful pro-cyclical fiscal stimulus, which, together with ongoing unprecedented monetary accommodation, has made the boom a one-way bet. And those ever-fickle economic indicators that were heading down late last year have now broken to the upside with a vengeance.

In the end, the confluence of science, politics, and the indomitable human spirit left my out-of-consensus double-dip call in tatters. It wasn’t my first forecasting mistake, but it is probably the most glaring. Mea culpa is an understatement. Back to the ivory tower.

I don't see this in the same way.

This isn't an endorsement of monetary or fiscal stimulus theories, this has been primarily a Scientific tour de force. At the start of the US pandemic, in March 2020, Dr. Fauci was hopeful a vaccine might be developed in about two years, by September he was hopefully it might be up to 50% effective and available by March 2021 and by December the first vaccines where being administered of 90% effective vaccine and production was scaling so rapidly that many countries couldn't start administering them as fast as they where delivered. Governments failed to inform, health services failed to reform but the pharmaceutical industry vastly outperformed.

The lesson from this should be that if we've got a problem we need solved science and engineering can offer real bread-on-the-table solutions that are of value. As a society we need to stop worrying about paying a little more tax on this or that and get on with approaches that actually deliver results to real problems.

This is a person I read always, as part of the mix.

But he misses it in spades this time. Biden's time will be seen as a complex clashing of inexorable trends, with cultures and expectations. It may well see global conflict. Roach misses that the expected growth is debt-inspired, draw-down dependent, and unattainable ex fossil energy. Which is on the way to becoming unobtainable.

Atop that, the Elite are attempting to control and subjugate - blaming (as all spinners of truth do) others of the same agenda. Nations, democracy, liberty - none are set in stone. It may well be that corporations become the up-front war-mongers, not the secondary ones they currently are (Biden is very much the military/industrial complex). But we are running out of planetary time to keep globalism, and thus global corporations, in business.

Everyone is running unrepayable debt - eyewatering amounts of it, to justify acces to resources. Who will blink first?

Well you think everyone misses it! Haha. And coming from the unconventional position you take (or ideas you have) that would make sense. I think I broadly agree with your ideas by the way.

No one talks about decreasing the rate of growth. Reducing population or leaving resources in the ground...

Although there is a lot of talk about sustainability and what not.

You know its never going to be re-paid

Roach "Then $900 billion package of late 2020, followed by the $1.9 trillion American Rescue Plan in March, and now a proposed $2 trillion-plus of additional stimulus for infrastructure writ large dubbed the American Jobs Plan"

The question is who's hands it ends up in - the Industrial Complex, the Merchant Banks and Facebook

So, there is $4 trillion of Government spending from 2009 GFC that hasn’t been taxed back yet - it has been left circulating in the economy. .QE is a change in the *type* of Govt debt (swapping bank reserves for bonds) - it does not create any extra debt.

The final question is spot on though - where do financial assets (cash and securities) end up? Where do they accumulate? If Biden manages to get that stimulus cash circulating amongst ordinary people and businesses, creating jobs and investment in places that have been left behind, without creating sustained inflation, then America will be great again. Meanwhile in NZ, a supposedly progressive Labour Government remains a slave to a debt to GDP target based on outdated and ideologically sour economic theory.

This line is amusing:

"And those ever-fickle economic indicators that were heading down late last year have now broken to the upside with a vengeance."

It's not so much these days, that the economic indicators are ever-fickle - rather I think they are now ever-useless.

Don’t give up mate, you might be right yet. There’s no guarantee that this recovery has legs. I foresee stagnation (without inflation) Japan style — the US govt will keep issuing ever more mountainous piles of debt, institutions will keep buying up, interest rates will be pinned low indefinitely, and all the economists will continue to scratch their heads over where the growth went.

I see nothing but inflation, this is not a Japanese only problem this is now a worldwide problem. We can expect loads of stimulus to keep the show on the road and plenty of propaganda about what a great recovery it has been with the hope that the confidence generated by it is self for filling. Ultimately its all going to hit the fan at some point and it will be a total surprise to 95% of the population who could not see it coming.