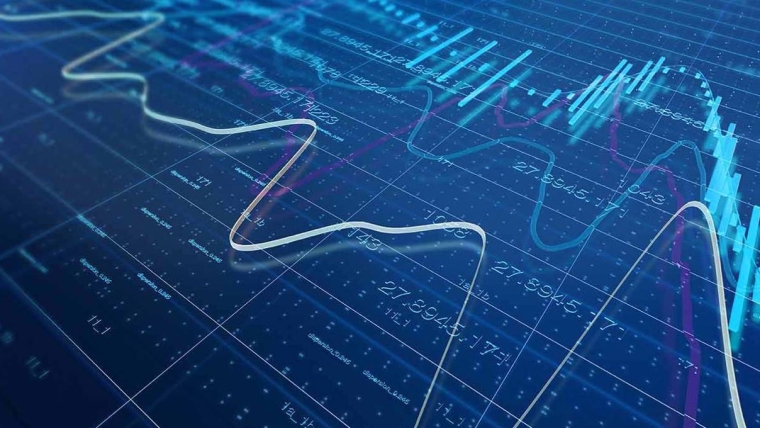 After many years of low inflation, prices have risen almost everywhere in recent months. Energy and commodities have been leading the way, owing mainly to post-lockdown supply bottlenecks. But while such obstacles are widely seen as temporary, implying that the inflationary spike will disappear soon, other factors are at work as well, implying that it won’t.

Chief among these longer-term factors is the rapid growth of money. Most monetary aggregates (not just central-bank money) have risen at a breathtaking pace, though this development seems not to worry central banks and many economists. With money having disappeared from the leading models used to explain inflation, the Nobel laureate economist Milton Friedman’s famous dictum that “inflation is always and everywhere a monetary phenomenon” is rarely quoted anymore.

The “Quantity Theory” claims that inflation’s causality runs from money to prices. Yes, empirical evidence seems to have largely undermined Friedman’s hypothesis with respect to moderate inflation. But the fact remains that nominal wages and the prices of goods and services cannot keep on rising without a corresponding expansion of money. And strong monetary growth over time can also increase risks in the development of asset prices and financial stability.

After more than a decade in which a variety of factors – globalization and demographic change, to name just two – have exerted downward pressure on prices, the world might now be on the cusp of a broader economic “regime change.” Rising health-care expenditures in aging societies, the reduced pace of globalization, supply-chain disruptions, and recent calls for reshoring production to higher-cost regions represent new sources of exogenous price pressure. Under these conditions, wages, too, might be pushed upward.

At a time when central banks are almost yearning for somewhat higher inflation and ignoring the rapid growth of money, such a change in the real sector is likely to indicate a shift from a deflationary to an inflationary environment. Many of the factors seen today were prominent features of the 1960s and 1970s, the last time inflationary pressures were building up.

Should we expect the return of stagflation? It is hard to say, because we are experiencing an exceptionally high degree of the kind of unquantifiable uncertainty that the economist Frank Knight argued is impossible to integrate into traditional forecasts. In addition to the dramatic structural changes the global economy has undergone in recent years, the pandemic might have created the conditions for consequences that we cannot currently foresee.

Worse, central banks seem to be relying largely on models that lost much of their forecasting capacity years ago, owing to their lack of viable theoretical explanations for what determines financial flows, risk premia, and asset prices. More than a decade after the 2008 financial crisis, the main general equilibrium models used by central banks hardly even consider the large heterogeneity among households in terms of wealth, outstanding long-term debt positions, uninsured risks, and expectation formation. As such, they are unequipped to capture the complex effects that systematic policies or systemic shocks have on wealth distribution and inequality, and thus on aggregate demand.

Without that knowledge, one can only guess whether strong monetary growth reflects precautionary saving due to increased inequality, an inflationary fiscal-monetary shock, or both. This is particularly problematic in a world where central banks are massively expanding the money base by purchasing assets at high prices from a small group of relatively wealthy and informed investors.

Expectations play the key role in forecasting future inflation, and these seem to be firmly anchored at low levels. But what if those expectations, after so many years of very low inflation, are now more backward- than forward-looking? Since the fear of inflation has disappeared from most radar screens, it is perhaps understandable that the recent price increases would be regarded as purely temporary. But, because monetary policies tend to have a long and variable time lag, it is risky to wait until after higher inflation has already taken root before beginning to taper quantitative easing or to raise interest rates.

Aside from strong monetary growth, today’s extraordinarily high levels of private and public debt pose another incalculable risk. The sustainability of public finances in highly indebted countries rests on shaky ground, and is highly exposed to shocks that might come from many economic or geopolitical sources.

I am not predicting the inevitable return of high inflation. But I am concerned about strong monetary growth and its determinants, starting with central banks’ massive purchases of government bonds. Central banks seem far too sanguine about this risk. They are also ignoring the current environment’s heightened uncertainty, not least by issuing forward guidance that promises a rather long continuation of extremely low policy rates and high asset purchases.

In the case of the eurozone, it is telling that some observers have begun to predict not inflation but a kind of Japanification: low inflation and nominal interest rates, high public deficits, and increasing fiscal and financial dominance. But, given the increase in wealth inequality and the likelihood that financial investors eventually will lose confidence in the sustainability of public finances, it is unclear whether such conditions would be politically sustainable. The only certainty is that neither a financial collapse nor an inflationary surge can be ruled out.

Otmar Issing, former Chief Economist and Member of the Board of the European Central Bank, is President of the Center for Financial Studies at Goethe University, Frankfurt. Copyright: Project Syndicate, 2021, and published here with permission.

Here we have an Establishment economist of high standing, who has had a long career within the international Central Bank 'in-crowd', acknowledging that the econometric models that underpin current Central Bank policies, are built on constructs and data that come from another time.
KeithW

Agreed - we're starting to see the real story emerge - like rocks on an ebbing tide.

"and the likelihood that financial investors eventually will lose confidence in the sustainability of public finances," gotta love it; he's got a tight way with words.

KW - have you seen this? It's long, but well worth every minute:
https://www.youtube.com/watch?v=qYeZwUVx5MY

He was a Wall-St investment high-flier, then started asking first-principle questions. Best I've ever seen it presented.

As you say, it is very long - nearly three hours . Anyone who is time stressed is not going to sit through this. Would be great to see a written version. His perspectives on the 33 myths look interesting. I get very frustrated with podcasts such as this because the rate of information transfer is so slow compared to uptake of written material - I reckon by a factor of at least six.
KeithW

Actually, it's fast enough. A lot of people waste that end-on-end.

But if you want it all in a nutshell,
https://www.readblip.com/

I borrowed a copy, then bought my own.

Well said. I think it’s a good piece, though, with some rare intellectual candour from the in-crowd. The impression I get is that as certain key input costs go up (energy, freight), goods and services may start to catch up with the asset price inflation that has stemmed from the West’s myopic focus on QE, interest rate cuts, and anything else that isn’t counter-cyclical fiscal policy.

In the long run, it's a zero sum game if there is a limit. Monetary polices distort the market to achieve short term goals. The game is hard and missteps are plenty- some more disastrous than others.

Neoclassical economics and its champions are looking increasingly confused and broken. Mind you, there are economists who have been trying to explain that so many of the foundational assumptions of the discipline (e.g. inflation being... a monetary phenomenon) are flawed. A really simple de-construction: https://www.forbes.com/sites/johntharvey/2011/05/14/money-growth-does-n…