New Zealanders unrepresented by the Mayor of Westland, Bruce Smith, might struggle to accept the proposition that their fellow citizens are kept alive by businesspeople rather than health professionals

New Zealanders unrepresented by the Mayor of Westland, Bruce Smith, might struggle to accept the proposition that their fellow citizens are kept alive by businesspeople rather than health professionals 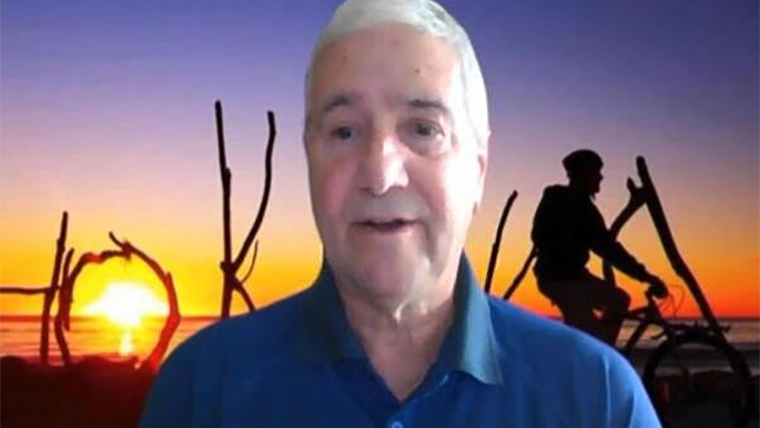 There are moments when the existence of many New Zealands, as opposed to just one, becomes undeniable. The presence of these many, often discordant communities, all claiming to represent the “real” New Zealand has seldom been made plainer than during Saturday morning’s (28/8/21) riveting interview between Newshub Nation’s, Simon Shepherd, and the Mayor of Westland, Bruce Smith.

“Discordant” is an altogether inadequate adjective to describe the forthrightly delivered views of the Westland Mayor. What the viewers heard was a description of a world radically at odds with the one inhabited by New Zealanders living in the major urban centres. Reality, as understood by these city-dwellers, was given short shrift by Bruce Smith. His world, the world of the West Coast, is “real” in a way he clearly believes the big cities are not. It was the Mayor’s certainty, and the confidence it imparted to his pronouncements, that made the interview so compelling.

And what pronouncements they were:

“It’s a bit frustrating you know, to have Wellington, with say 14 active cases, and the South Island with none, and for us all to be at the same level doesn’t make a lot of sense to me”, Smith told Shepherd. Adding for good measure: “I have to say my thoughts last night were with the business community. We see lots on TV and it’s always health professionals – we don’t see our business community that keeps us alive. My thoughts are with them.”

The inference here is that unless official guidance makes sense to the Mayor of Westland and, presumably, to the no-nonsense people who elected him, then a very good prima facie case exists for rejecting it.

A politician less immersed in his own narrative would probably have left it at that. After all, the Government makes no secret of the fact that it is guided by “the science”. It’s a pretty big call for a lay person – even one referred to as “Your Worship” – to dismiss expert scientific advice as not making a lot of sense.

But the Mayor pressed on, declaring that his thoughts were with “our business community”. How much better it would be, he inferred, if instead of health professionals clogging up the airwaves, New Zealanders were allowed to hear the views of businesspeople – the group that “keeps us alive”. Those same New Zealanders, or, at least, a good portion of them, might have a little difficulty accepting the proposition that their fellow citizens are kept alive by businesspeople rather than health professionals. What exactly was he saying?

Well, Mayor Smith was almost certainly expressing sentiments not dissimilar to those printed on placards during last month’s “Groundswell” protests. “No Farmers, No Food” declared the cockies who paraded their tractors into the provincial towns and major cities of New Zealand. This rather brutal example of rural reductionism was intended to remind the sort of townie who thinks milk comes from the supermarket, that, ultimately, everything that keeps humanity alive is derived from the land – and the people who bring forth its bounty. The sub-text being: piss-off the nation’s farmers at your peril!

Whether Mayor Smith’s claim that the “business community” enjoys a life-sustaining status comparable to the people who grow our food isn’t quite so incontestable. After all, agriculture preceded capitalism by several millennia. What’s more, the specialisation that gave rise to artisanal production and trade – “business” if you like – was inconceivable without the food surpluses produced by farmers. Never forgetting that makers need users, and sellers buyers, a fact that confirms the indisputably social character of commerce.

Hence the wage subsidy offered by the Government. Hence all the other measures to keep the workforce safe and reduce to a minimum the length of time the nation and its regions are kept in lockdown. A point the Newshub Nation’s presenter attempted to drive home to the Westland local government leader. But, Mayor Smith wasn’t having a bar of it. Those who advocated the Elimination Strategy that had kept New Zealand’s Covid-19 death-toll to a world-beating 26, were not to be trusted:

“I think the people who say that are all being paid by the state. They get their pay every Thursday, doesn’t make a lot of difference to them. Coming out into the real world, you’ll find it’s totally different.”

This was the point in the interview when it became clear just how many New Zealands there are out there – and just how hostile some of those New Zealands are to the rest of us. Listening to Mayor Smith unleash on the likes of Ashley Bloomfield, Michael Baker, Sir David Skegg, Shaun Hendy – and all those other New Zealanders “paid by the state”, one was reminded of just how easy it is for people to surrender to the siren-songs of sectoral chauvinism. It requires an effort of imagination to grasp just how interdependent human communities are; to understand that epidemiologists paid for by the state are playing a vital role in making sure that the small-scale, private tourist operator in Westland gets back to business in the shortest possible time.

For Mayor Smith, however, a more “balanced” response is required from the Government. The mix between “our economy and our health”, he suggested, needs a course correction. The Government was too bound up with the threat to people’s health. Insufficient attention was being paid to the business community. The public’s wellbeing was being protected at their expense.

Once again Mayor Smith appealed to a “reality” dangerously divergent from any condition recognisable to science:

“The reality is COVID is with us. It’s no different to polio back in my grandparents’ days. The only way that we can fix it is we’ve got to be vaccinated. I’ve encouraged everybody to get vaccinated, but even then it’s still going to come in. It’ll come in from overseas. It’s part of our lives from here on in and we need to adapt.”

When Simon Shepherd objected that those who talked about “living with the virus” were leaving unspoken the epidemiological certainty that hundreds – perhaps thousands – would be “dying of the virus”, Mayor Smith responded with the observation: “There’s lots of people who have different opinions, different agendas”.

*Chris Trotter has been writing and commenting professionally about New Zealand politics for more than 30 years. He writes a weekly column for interest.co.nz. His work may also be found at http://bowalleyroad.blogspot.com.

Comments have been temporarily disabled due to a website upgrade to allow the new version to catch up with the rapidly moving comments sections. Comments will be turned back on very soon and we thank you for your patience. - Interest .co.nz team