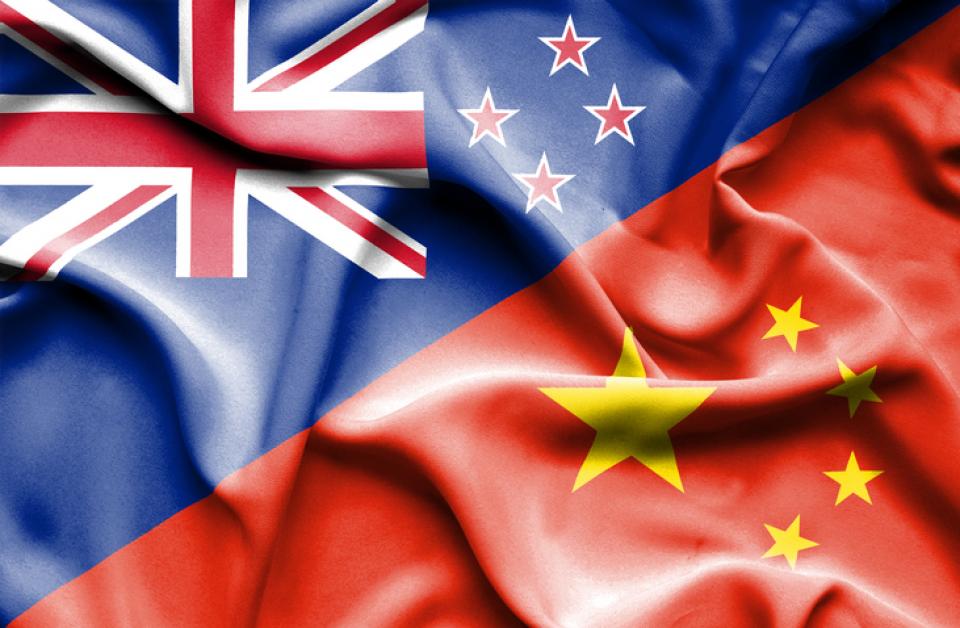 Conversations around over-dependence on trade with China have been going on in New Zealand for a while. The buzz word here is to ‘diversify’ trading with China. Some would interpret that as ‘walking away’ from China.

But there is another interpretation: if we increase trade, that trade does not have to land with China. In a nutshell, diversifying from China does not have to be synonymous with doing less trade with China in absolute terms. It can be in relative terms.

The change in value of NZ$7.2 billion is 78 percent of New Zealand’s total increase in product trade over the same period. This has meant that China’s share of New Zealand’s product exports has increased from 19.4 percent to 28.8 percent amid all the talk of diversification.

Over-dependence? Perhaps. Reducing dependence? Contrary to expectations, the data does not suggest it is happening.

Obviously, conversations haven’t gone anywhere. Any meaningful action on diversification needs to be conducted with proper due diligence and a few considerations. First and foremost, what’s Plan B after China?

The pandemic has heightened the discussion of firms leaving China and becoming less reliant on China in the supply chain. Yet, anecdotal evidence from various countries has suggested that ‘displacing’ China is easier said than done.

Part of the problem is that foreign firms resident in China also have China as their market. It does not make sense to be located away from your customers. An assumption for this displacement call is also that various other countries have the cost efficiency and skillset capacity to deal with an influx of operations leaving China.

The USA would not be able to match China’s cost efficiency while Vietnam, Thailand and Mexico would not have the skillset capacity to take on work vacated by China. In a similar vein, the US imposing tariffs on Chinese imports has led to rising imports on several fronts in order to stock up before the higher tariffs come into force.

Most companies in New Zealand don’t have many options for a potential Plan B. The lack of coverage of New Zealand’s involvement with many other economies does not help this cause. Trade conversations tend to revolve around the largest trading partners, leading to a more intense focus on these economies.

If there’s no Plan B, then a search is necessary. Or, if there is a Plan B, is there a need to diversify from China? To dive deeper into the need to diversify, we should observe what other economies are doing around their trade with China.

A good starting point is to look at New Zealand’s largest trading partners: Australia, USA, Japan, South Korea, UK, and ASEAN. Data suggests that without exception, since 2016, all these economies have experienced increases in product exports to China – like New Zealand, just not to the same extent.

It is worth noting that the value of trade of New Zealand’s exports is substantially lower than those of these other economies. For example, the US’ total exports are 38.2 times and ASEAN’s 37.2 times that of New Zealand’s.

Movements in trade should also account for absolute differences. A substantial trade increase with China means that some companies are tracking well in that economy, probably due to time and capital investments over some years. It is hard to see why these companies would diversify – foregoing current profits in balancing future risk due to over-dependence.

For these companies, diversifying would incur additional costs of switching to another market that may require new learnings and investments. Market entry and market penetration are not costless undertakings. New Zealand’s overall trade has largely not been rising in parallel to its gross domestic product (GDP) for many years now.

Clearly there should be more thinking around what other markets are viable options for increasing trade with economies other than China or our largest trading partners. This should also include looking at markets that have potential but are not currently high on New Zealand’s radar.

*Siah Hwee Ang is Professor of Strategy and International Business, Professorial Chair in Business in Asia and Director of the Southeast Asia Centre of Asia-Pacific Excellence at Victoria University of Wellington.

”While Vietnam, Thailand and Mexico do not have the skillset capacity.” True enough, wonder though why there is no mention of India in this column. China, with Russia in the wings, has prepared well to move into the void now open in Afghanistan. With Pakistan, Iran & Syria in the club that is a vast territory of influence, from the sub continent to the mediterranean. India is right up against this but at the same time hardly alone amongst other nations.

Do not know who this person is but interesting point being highlighted - where world is heading, only because of reserve bank policies. Agree something has to give way as every action has a reaction and if keep repeating could be fatal.

If anything Covid 19 shows each country needs to be self sufficient on housing its population feeding them and providing healthcare and education. The rest can be left to the fickleness of international markets.

Yep. Like we used to. The State Services Act (1988) that corporatised the public service only got repealed last year. It caused so much damage in its 32 year run. The Treasury zealots behind the scenes determined that government wasn't supposed to create policy - just fix the market. Pretty much every crisis out there: housing, healthcare, the actual management of our resources etc can be sheeted back to that one act. Don't get me started.

Gave up hope of a balanced trade policy years ago, instead I now welcome our new Chinese overlords. We can make a very good lapdog!

Cannot walk away from China, to many people there and the market is simply to big to ignore it. China is open with trade and growing while other western countries are shutting down trade trying to protect their own farmers etc. Other countries will simply not take our products or they would be doing so already.

If we hadn't outsourced just about everything that we consume in this country we might not be in the situation we find ourselves now.

Personally, I would start putting things in place to see to it that we can look after ourselves more in the future.

Tariffs are not the bogey we came to believe they were, actually

What sort of consumables are you referring to? We're about to lose an oil refinary but otherwise we're fairly self reliant with most of our supermarket essentials.

Everything you buy in a consumer society. Now off to Mitre 10 or Bunnings with you and see if you can come up with anything made in NZ

As for 'most' supermarket essentials, while produce is generally NZ grown, you will find plenty of imports there and check how much pork is NZ raised. Get into the guts of the supermarket and you'll struggle to find much made in NZ..

The cost of re-investment is too high for many businesses. The big MNCs can better afford such transitions but other smaller businesses it may be just unfeasible.

Odd that Mexico does not have the skillset, yet American companies have been relocating there from China.