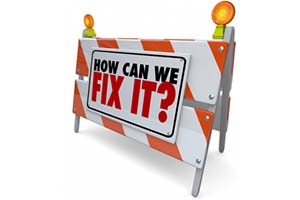 This article is my submission to a Ministry of Business, Innovation & Employment issues paper entitled Review of the Financial Advisers Act 2008 and the Financial Service Providers (Registration and Dispute Resolution) Act 2008. The article addresses just two of the numerous questions asked in the issues paper being;

1) Do you consider misuse of the Financial Service Providers Register by offshore financial service providers is a significant risk to New Zealand’s reputation as a well ­regulated jurisdiction and/or to New Zealand businesses? And;
2) Are there any changes to the scope of the registration requirements or the powers of regulators that should be considered in response to this issue?

"If you are looking for a financial services or Forex licensed entity, we usually suggest New Zealand, Mauritius or Seychelles."

So says the Wilmington, Delaware headquartered Atrium Associates LLC. It's one of a range of international company formation agents and is clearly rather fond of our corner of the South Pacific.

I open with Atrium's comments to highlight there are a range of sophisticated operators out there scouring international company and tax laws so they can help clients - for a fee - maximise their "financial efficiency" and conduct their affairs "under absolute confidentiality." A 2012 Cabinet paper noted the Companies Office monitored 77 such entities.

And these operators and many of their clients have become very familiar with NZ, and what our country can offer them, over recent years. Among this is our Financial Service Providers Register (FSPR), which has proved to be a gold mine to many for all the wrong reasons.

In answer to the first question posed at the top of this article I give a resounding "yes."

There can be no question misuse of the NZ FSPR by offshore entities is a significant risk to NZ's reputation as a well regulated jurisdiction and potentially ultimately also to legitimate NZ businesses and financial service providers through association.

Here's three examples of abuse of the NZ FSPR that I've written about this year where the activities of and/or serious allegations against, the financial service providers can't be doing anything but harming the reputation of NZ overseas. Unfortunately there are many more examples out there.

Firstly, the Danish regulated and London-based GXG Markets, which touts itself as the European growth market for SMEs, booted out three NZ registered financial service providers who were acting as corporate advisors and brokers, for the likes of price manipulation and "extensive" non-compliance with GXG's rules.

Secondly, the sole shareholder in one of the three, Australian Bryan Cook of London Capital NZ Ltd, was recently sentenced in Germany to imprisonment for one year and nine months on probation having been in custody for a year.

Thirdly, Vivier & Company Ltd was earlier this year linked in a major Irish TV investigation to one of Britain's largest ever tax frauds. Although Vivier denies this, the Financial Markets Authority (FMA) recently kicked Vivier off the FSPR. Vivier has appealed this decision to the High Court with a hearing due in August.

Drivers licences to drive anywhere in the world except NZ

These examples demonstrate how NZ's simple company and FSPR registration process, in combination with NZ's good international reputation highlighted by placing as the second least corrupt country (behind Denmark) in the latest annual Transparency International Corruption Perceptions Index, can be taken advantage of by unscrupulous operators.

Our FSPR rules, which enable entities to register here as companies and financial service providers and operate solely overseas, allow them to give a misleading impression of the extent to which they are regulated in NZ. Or as David Mapley, a Brit living in Switzerland who found himself entangled in the London Capital NZ saga put it in this interview; "You're giving drivers licences to people who can go and drive anywhere in the world apart from New Zealand and cause whatever carnage and crashes, but it's not your remit, you don't care."

My answer to the second question from the issues paper highlighted at the top of this article is also a resounding yes.

Firstly, a hole in our Anti-Money Laundering and Countering the Financing of Terrorism Act (AML/CFT Act) big enough to fly a jumbo jet through needs to be patched up.

On this point I'll take you back to the origins of the Financial Service Providers (Registration and Dispute Resolution) Act 2008. The FSPR was set up under this Act in part to meet NZ's obligations under the Financial Action Taskforce's recommendations by allowing our AML/CFT Act regulators to identify financial institutions with obligations under the AML/CFT Act. (The Financial Action Taskforce is an inter-governmental body established by the Group of Seven that sets international policies and standards on anti-money laundering and combating terrorist financing).

A change should be made so any entity registered on the FSPR has to comply with the AML/CFT Act wherever its customers are located. As highlighted by Minter Ellison Rudd Watts partner Lloyd Kavanagh, such a move would shine a spotlight on who those offshore operating businesses are dealing with, and whether their customers’ transactions are legitimate. It would be interesting to see how many entities simply disappeared from the FSPR if it was announced that such a rule was being introduced.

Feet on the ground

Secondly, I believe a genuine NZ presence with NZ based staff ought to be mandatory for any entity listed on the FSPR. The financial service provider's records ought to be available here thus giving NZ regulators and authorities full and proper access where this is required.

The Companies and Limited Partnerships Amendment Act, passed by Parliament last year, was a step in the right direction by requiring NZ registered companies to have a director who is either a NZ resident or lives in Australia and is a director of a company incorporated there. However ongoing abuse of the FSPR register - highlighted by my three recent examples above - show this is not enough. It's still too easy for offshore entities to find a friendly accountant, lawyer, member of the public or PO Box to use as their registered office and/or agent in NZ.

Here's Mapley again; "You can't give registration to an entity to act offshore without them having a presence in New Zealand. To hand over a driving licence to someone to go and drive elsewhere on this planet who has never even driven a car in your own country is kind of irresponsible. They need to have someone accountable in New Zealand. And I mean accountable by proper staff that if there's a problem someone can step in and grab these people, round them up and say 'what are you doing'."

Danger of overloading the FMA

Powers given to the FMA last year are helping. The FMA can now direct the Registrar of Companies to decline a registration or deregister a financial service provider if the provider is using the registration to create a false or misleading impression as to the extent it is regulated in NZ. In May the FMA announced it had expunged its first batch of such entities from the FSPR with 23 kicked off and another 20 blocked from even registering on the FSPR.

However my concern here is we become too reliant on the FMA doing this. This could chew up FMA staff time and taxpayer money when I'd rather see the FMA enforcing the likes of the Financial Markets Conduct Act, the AML/CFT Act and supervising peer-to-peer lenders and equity crowd-funders within NZ, rather than chasing crooks dragging NZ's name through the mud overseas.

"Starting a company online (incorporating) is as simple as reserving your company name ($10.22), completing the incorporation application ($150) and returning your signed consent forms," the Companies Office website boasts.

This is all very well. But if we are to have such a simple company registration regime the importance of doing proper due diligence on applicants from overseas can't be underestimated.

Here's one example of why. John David Beckett, better known as Lord Taylor of Warwick, was registered as a director of Vivier last year between September 3 and November 23.A member of Britain's House of Lords, Lord Taylor was jailed in 2011 for false expense claims, and disbarred in 2012 for "conduct discreditable to a barrister." Below is how he appears on the Companies Office with his Lord Taylor of Warwick title used.

His conviction for a crime involving dishonesty within the last five years ought to have prevented Lord Taylor from becoming a director based on the who can't be a director details on the Companies Office website. In Lord Taylor's case, a simple Google search would've turned up plenty of information on him.

Licensing may not solve the problem

I'm not convinced, however, that this is the right path for NZ to go down. The majority of genuine NZ financial service providers are already licensed either as the likes of banks, non-bank deposit takers, authorised financial advisers, qualified financial entities, peer-to-peer lenders, crowd-funders, fund managers, and discretionary investment management service providers.

But licensing is generally focused on the capacity of the service provider, rather than the integrity of their customers and their transactions, which enforcing AML/CFT Act compliance will give a better picture of.

Ultimately with sophisticated, wealthy, determined, well advised and unscrupulous individuals out there, we're unlikely to be able to clear all of them all of the time from any association with NZ or NZ financial service providers. But I do believe the steps outlined above would enable big strides to be taken from the current highly unsatisfactory situation.

This story was first published in our email for paying subscribers on Thursday morning. See here for more details and how to subscribe.

Gareth,
A superb case of a journalist doing the hard yards on an important issue, explaining the relative complexity very well in simple enough terms, and sticking to your guns through to the end.
Well done. Your submissions all make sense to me. Hopefully they will be enacted upon.

Thanks Stephen. I appreciate your feedback. Cheers.

Resources
This could chew up FMA staff time and taxpayer money when I'd rather see the FMA enforcing the likes of the Financial Markets Conduct Act, the AML/CFT Act and supervising peer-to-peer lenders and equity crowd-funders within NZ, rather than chasing crooks dragging NZ's name through the mud overseas