Siah Hwee Ang says gone are the days when China was content with being a low-cost player, playing second fiddle to the developed economies

Siah Hwee Ang says gone are the days when China was content with being a low-cost player, playing second fiddle to the developed economies 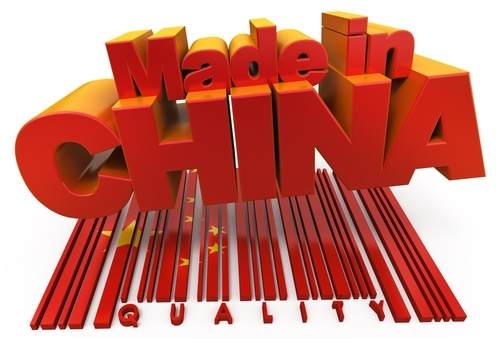 From home appliance makers Haier and Hinense, to electronics manufacturers like Huawei, Lenovo and TP-Link, Chinese companies have made impressive inroads into the global high-technology sector.

The pace at which these companies have been expanding abroad should come as no surprise.

Perhaps most captivating about this recent trend is that these companies are bringing innovative products to their host markets.

The fact that this is done at a competitive price warrants the attention of even the biggest non-Chinese multinationals.

The notion that “Everything is made in China” has been around for a while now.

It is supported by the fact that China produces everything at a low cost so that it makes sense for companies to move their production there.

Consequently, the “Made-in-China” tag labels China as a developing or under-developed country.

In Samsung’s terms, China is always a follower, imitator and replicator. And this is no longer the image China hopes to convey.

There is no question that the Chinese are entrepreneurial. This may be a surprise to some people, as we would expect compliance to be a more likely trait for citizens of a country under communism.

But ask anyone who has dealt with Chinese businesses and entrepreneurs before and they are likely to agree that it is an entrepreneurial world.

In January 2015 alone, close to 350,000 new companies were created in China. While many of these are likely to have been created in response to market niches, some are surely exploring technological opportunities.

It is clear that for a Chinese company to expand abroad, just producing for others won’t cut it. This reminds me of a visit to an automobile engine factory in Guangzhou last year - where I saw identical engines being labeled with different foreign company names.

In line with this is the unveiling of the “Made in China 2025” plan, an initiative that seeks to transform China into a major innovation centre in manufacturing in the next 10 years.

This transformation is deemed necessary as China is facing rising labor costs and land prices, growing competition from emerging markets in low-end manufacturing, and failure of Chinese firms to perform upstream activities.

An upgrade in manufacturing strength will create a long-term advantage for the country, which is already the world’s top producer in 220 of the 500 industrial product categories.

To start expanding abroad, cultivating a brand name is important. Therefore many Chinese multinationals are becoming increasingly vertically integrated to compete in the global market. They are also patenting a lot.

The number of invention patent applications filed at the State Intellectual Property Office of China was 130,133 in 2004. This number reached 825,136 in 2013, a more than six-fold increase in nine years.

To put this in context, the 2013 figure in China equates to about two-thirds of the combined total applications filed at the equivalent offices in US, Europe, Japan and South Korea. The five offices handle around 80% of the world’s patent applications.

At the same time, research and development spending has also been creeping up.

Gone are the days that China is just content with being a low-cost player, playing second fiddle to the developed economies. It is navigating a move that Samsung made in the last decade or so - transformation into a cutting-edge innovator.

Surely there are lessons from Samsung that China can learn, some of which we have already witnessed. The challenge is nonetheless likely to be astronomically larger, especially given the 2025 timeline.

The focus on enhancing manufacturing strength is an indication that China is not betting on services to carry it to the next stage of development. Instead, manufacturing advantage will provide a base to which services can build on.

*Professor Siah Hwee Ang holds the BNZ Chair in Business in Asia at Victoria University. He writes a regular column here focused on understanding the challenges and opportunities for New Zealand in our trade with China. You can contact him here.

I bought a Haier fridge biggest mistake I ever made, it started falling apart within weeks and now I have several bits held together with SS screws. If this is your idea of chinese quality, um no.

Thx for that...
I avoid F&P stuff due to my personal experiences; I didn't know they had tried to get stuff out under another brand.

At the time F&P were selling / repairing Haier as Haier bought them out, I assume the same still applies.

Yes you are mistaken, not at the time anyway (3 years ago). Haier bought F&P for its technology, but really if you use low quality plastic/materials it doesnt matter what the design is like. Are haiers as good now? I dont know but I wont be buying another one, maybe that also means avoid F&P.

One of the first things that Haier did after buying F & P was have the F & P engineers review all the Haier products and fix them up. So they are now probably a lot better. Re the quality of F & P products - we use them exclusively and are very happy with them. Our old Smart drive washing machine finally gave up last year after about 20 years service. The great thing about F&P product is that the repair and spare parts are supported for many years and they are very easy to fix with great fault code systems and repair manuals that can be downloaded from secondary sources over the net. Try to get any support for a Samsung product older about 3 years. I have heard several shocking stories.

I try to avoid buying anything Chinese made because so many of a wide array of items I have purchased over the last decade or so, are not of the quality that I grew up with. We are filling our landfills with junk. Of course our importers and retailers must be implicit to a substantial degree.

yes, our importers seem to be selling much junk.

Many Chinese companies are quite capable of turning out quality products and good on them for this new initiative to improve. Certainly the likes of apple seem to agree.
The problem is with the local importers with outrageous margins and an over-emphasis on price. A good example:
The Warehouse sells huge numbers of the ubiquitous market umbrellas yet they suffer from an obvious and easily rectified defect; the spokes are made from timber with extensive grain run out and knots. Now all the WH need do is specify a basic standard but no, same crap year after year and the incentive is there for the manufacturer to use the lowest grade materials they can.
It's the Kiwi consumer that gets ripped off as per usual.

I dont doubt chinese can do quality work, Apple is a great show case. They can however and indeed do produce a lot of rubbish, rubbish that has cost a significant % of a "good" product to make which then gets dumped into landfill/recycling long before it should.

I brought a mid drive electric bike kit. So (9 months) far very reliable and the quality looks good..
I think like Jap crap as we used to say the Chinese will produce very good stuff very soon if not now.

Yes, they will undoubtedly pull themselves up the value chain. Why cant we learn this lesson. We seem hell bent on undermining and selling off any of our companies that are successful at moving in the high spec, high tech direction, eg F & P Appliances. As frequently discussed, we need to get away from our ponzie economy towards one that values and rewards exports and real wealth creation. It has been interesting to watch how the USA are reacting to China. Initially my colleagues in the USA outsourced some of their parts supply to China but in the last few years they have strongly reversed this trend. Their reasons were that the quality and reliability were not held to consistently acceptable standards. By the time they factored in freight and the hassle of dealing with a distant sometimes unreliable supplier, it was cheaper and generally far better from the whole businesses perspective to invest in automation in their own factories. The cost of making stuff with a robot in the USA is much the same as in China; you get what you want, when you want it and to your quality standards. The other more general consideration is that if you ship all the manufacture off to China, there will be no jobs for people in the USA; so there will be nobody to buy your products.
As a side note re China doing a Samsung. I think that with reference to cellphones they may be already there.
https://en.wikipedia.org/wiki/Xiaomi

Some colleagues visited china recently to view a recent acquisition. They took an engineer who viewed the quality of the new plant and manufacturing process. He said their quality was better than here.
They were all astonished at the scale of these factories.

Right on. Of course there are factories in China churning out junk - because there are buyers specifying that junk. But there are also countless factories, run by experienced and savvy business people, making stuff as good or better as anything made anywhere else. I've seen many of them...

modesty helps one go forward whereas conceit makes one lag behind.

lag is a drag. View here and here

“The economy is showing no sign of recovery,” said Ding Shuang, chief China economist at Standard Chartered Plc in Hong Kong. “From the perspective of monetary policy, the government has done what it can, but demand from the real economy needs to pick up to really make use of that.”

“Demand for industrial products from domestic and overseas markets is still on the weak side,” Jiang Yuan, senior statistician at NBS, wrote in a statement issued with the report. “Downward pressure on industries is still relatively big.” Read more

Not only are China racing ahed with products look at their future vision of the world and the new silk roads.

All the west can do is promote derivatives and financial services and pump trillions into wars and start a new cold war.

Shame on our leaders

“Water and air, the two essential fluids on which all life depends, have become global garbage cans.”
― Jacques-Yves Cousteau
They may need to first deal with the above before "racing ahead"