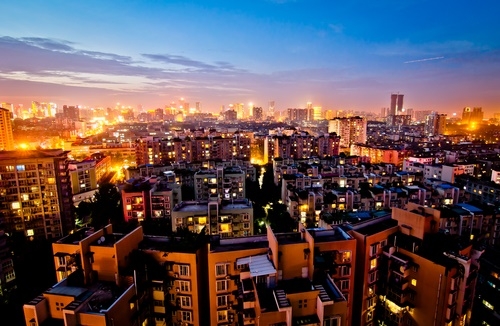 Much of China’s growth in the last decade can be attributed to areas in east China, from Beijing in the north, to Shanghai, to the southern province of Guangdong.

Most of these provinces and municipalities have grown far beyond the country’s average GDP growth of 7%, allowing the average to be maintained despite lagging growth in many other regions.

Maintaining the 7% growth at a national level is one thing, to have a balanced economy is another.

The difference in growth rates across the provinces has in part led to the Chinese government undertaking major reforms and initiatives, including free trade zones and clustering, as well as the ‘One Belt One Road’ trade path.

Growth figures covering the first six months of 2015 for the 31 Chinese regions show that activities are picking up in some of the inner regions.

The southwestern Chongqing municipality leads the way with 11% growth, followed by Guizhou province in the same region at 10.7%. Liaoning, one of the northeastern provinces, has the slowest growth at 2.6%.

Meanwhile, major economic powerhouse regions in China continue to show some resilience. Guangdong province grew by 7.7%, while Jiangsu province and Zhejiang province were up by 8.5% and 8.3% respectively.

For example, with the introduction of international air transportation in 2006, Chengdu (pictured) has boosted its international profile and trade.

The city now has 83 international air routes, 163 domestic air routes, and will have 20 metro lines in use by the year 2025. It was the first city in western China to have a subway system. The frequent Europe-bound freight trains help to develop the economy further.

Recently, Chengdu is ranked as the number one best performing city in China in the Milken Institute’s study of 266 cities in China. The Institute is an independent US think-tank.

The rankings were based on employment levels, wage rises, regional gross domestic product, and levels of foreign direct investment.

Dalian from Liaoning province and Changchun from Jilin province were the other non-eastern regional cities represented in the top-10 list.

This is yet another sign that cities other than those in East China are slowly taking over some of the country’s growth and activities.

What’s happening to the eastern cities?

In the Milken Institute’s study, Beijing did not even make the top-10 list (though Shanghai was ranked number two).

This raises the question whether the emerging cities have displaced the growth of the eastern regions since China is experiencing a slowdown in growth.

The answer is, to a small extent, ‘maybe’, but largely ‘no’ in the grand scheme of things.

As the major cities in China become expensive, there will be movement across to the cheaper emerging cities. Take for example recent luxury apartment prices in Shanghai. These can go up to about 200,000 Yuan per square meter. That’s a NZ$ 4.9 million price tag for a 100-sqm apartment.

While the other cities are not as expensive, they are catching up. And trends like this can lead to some displacement effects.

Nonetheless, the emerging cities are rising because of their previously unexplored market potential. They are also more service driven to start with. The advantages of unexplored markets are there for the taking, especially for foreign companies.

Similarly to the eastern regional cities, many are slowly carving out a niche.

While Beijing is fast becoming too expensive, it is still a highly desirable city for high-tech firms. The city’s Zhongguancun Science Park, also known as China’s Silicon Valley, hosts about 20,000 high-tech companies with around $3.6 trillion Yuan (NZ$ 880 billion) of revenue in 2014.

The advantage of its magnitude will ensure that Beijing stays competitive despite the rise of the emerging cities.

interesting but not the opinion of recent WSJ article