The NZ Initiative's Khyaati Acharya says there is scant attention paid to evaluating, refining and improving the quality of problematic regulations

The NZ Initiative's Khyaati Acharya says there is scant attention paid to evaluating, refining and improving the quality of problematic regulations 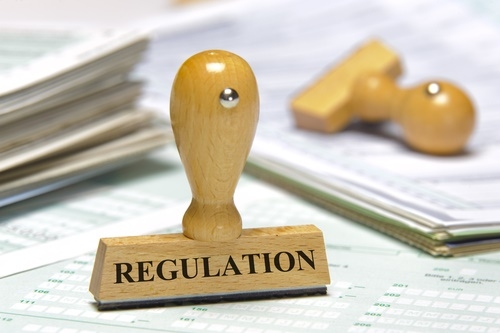 Some rules were made to be broken. But some rules should never have been made in the first place.

There exist innumerable rules and regulations of dubious worth. And unfortunately, there is scant attention paid to evaluating, refining and improving the quality of problematic regulations.

But difficult though it may be to modify or scrap quarrelsome regulations, silly rules have real costs.

Last Tuesday, The New Zealand Initiative hosted one of the country’s most respected economists and businessmen, Sir Roderick Deane. Deane has accumulated decades of experience at the helm of some of New Zealand’s biggest corporations. His illustrious career includes having been the Chief Economist and then Deputy Governor of the Reserve Bank of New Zealand. He has also served as Alternate Executive Director of the International Monetary Fund and most prominently, as the CEO of Telecom.

Who better then, to discuss the real world costs of silly rules imposed by regulation zealots?

Deane emphasised the alarming degree to which many regulations are deemed contradictory or incompatible with company goals. Inane regulations result in unnecessary, additional costs. Many are outdated and no longer fit for purpose. And some deter, rather than encourage, investment.

Deane’s discussion is timely, tying in well with a paper that The New Zealand Initiative released just a few months ago; Reducing Unnecessary Regulatory Costs. The report was prompted by the Prime Minister who, at the Initiative’s annual retreat in March, invited members to express concerns about particular regulatory burdens. The finished report, authored in collaboration with our members, compiles a list of problematic regulations for which there appears to be little justification.

One example is the Companies Act 1993. Section 209 of the act requires that companies must either send their shareholders hard copies of their annual report, or, send a notice asking if they would like to receive a hard copy.

But this seems largely redundant in the digital age. Annual reports scarcely make for light reading. And it is arguably much easier to peruse hefty documents via pdf readers. Hard copies means significant printing costs, especially for large companies. In light of endeavours to reduce unnecessary waste, it also seems a frivolous use of resources.

Another example is the Telecommunications Act 2010. This piece of legislation requires obtaining consent from third parties to connect end users of Ultra-Fast Broadband (UFB) network infrastructure.

However, refusal and delays as a result of this requirement mean that orders for infrastructure connections are often cancelled. The real consequence is that many individuals and businesses miss out on the benefits of access to UFB.

And yet, information and communications technology is vital to advancing productivity across all sectors of the modern economy. The Productivity Commission have stated that “ICT is catalysing social and economic change on a scale comparable to those resulting from previous breakthrough technologies such as steam power, the internal combustion engine, and electricity.”

Restricting access to fibre networks through convoluted regulation is hardly the mark of a modern economy.

Deane’s discussion is also timely given the recently announced decision to conduct a ‘blue skies’ review of New Zealand’s resource management system, as it pertains to housing.

Finance Minister Bill English has launched the year-long review of the legislation trio that guide the way New Zealand cities develop. The review will be conducted by the Productivity Commission, primarily looking at how to better frame planning regulations around land use.

The review comprises the Resource Management Act 1991, the Local Government Act 2002 and the Land Transport Management Act 2003. The RMA alone is frequently castigated for being a handbrake on growth, notorious for its complexity and numerous amendments. But the LGA and the LTMA are not without their own problems.

These three acts have inconsistent legal purposes, processes and criteria. Different statutory plans, timeframes and relationships to other plans mean they do not work well together. The lack of consistency generates major hurdles to creating prosperous towns and cities in New Zealand.

A review of how these three pieces of legislation work together is desperately needed and long overdue.

“I think everyone, local government, planners, developers, certainly politicians, are getting to the end of their tether around further minor adjustments to the planning rules,” said English.

“We’ve developed a planning process that’s become expensive and long-winded, and one of the bad effects….is housing affordability is a problem.”

A 2014 Productivity Commission report found that between 2009 and 2014, New Zealand produced four times more statutes that the United Kingdom. But adding to the pile of regulatory burdens only makes New Zealand a less predictable place for investors to do business. Deterring more capital investment is the last thing a geographically isolated economy needs.

Highly prescriptive regulations often become obsolete in a rapidly digitally-dependent world. And as the earlier examples show, silly regulations have costs even if they are predictable. Such costs could be avoided with improved legislative flexibility.

The dual reviews of the resource management system in tandem with the New Zealand Initiative report and Deane’s discussion are encouraging. After all, admitting you have a problem is the first step.

However, absent the likelihood of achieving the desired changes to these regulations, perhaps we can at least hope for such changes on a smaller regional level. The New Zealand Initiative’s latest report, In the Zone, suggests trialling policy reform within specific regions. Because good regulation should be founded upon rigorous empirical evidence. And testing reforms on a smaller level presents a viable solution to improving regulatory burdens. This way, the risk is contained and any changes are thoroughly tested and evaluated before making a commitment to nationwide changes.

Clearly, resource management system rules are not the only regulations causing headaches. An extensive review of much existing regulation is necessary. Ill-justified regulations have real costs.

But if we can’t break the rules, can we at least change them?

Another silly regulation
NZ banks have to mail paper copies of credit card statements.
My overseas bank only provides electronic copies.
It should be an ongoing mandate of the productivity commission to review & make recommendations to government on refinements to laws and legislation.

Good article.......NZ is a very frustrating place to do business !!!