Mieke Welvaert asks the burning questions. Have the new regulations tipped the scale? Will Auckland house prices fall? What about Auckland's neighbours? And, will the rest of the country be affected?

Mieke Welvaert asks the burning questions. Have the new regulations tipped the scale? Will Auckland house prices fall? What about Auckland's neighbours? And, will the rest of the country be affected? 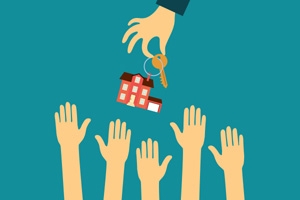 But with both the bright-line capital gains tax rule and changes to loan-to-value restrictions now in place, many are wondering if there is a whiff of change in the air.

We think it’s still just smoke, and while the fire of the Auckland housing market be turned down from blazing inferno to roaring flame, we still expect national house prices to post annual increases over the year ahead.

To go over the how, why, when, and where, we’ve put together a quick Q&A of your burning questions about the outlook for house price inflation.

Have the new regulations tipped the scale?

Most likely the new regulations were tipping the scale before they were even put in place.  In anticipation of the “bright-line” capital gains tax rule, many prospective home buyers will have brought forward their purchases ahead of the rule introduced on October 1.

For these reasons, housing demand is likely to have been artificially inflated in the months before the new regulations were put in place and we’re expecting to see a slowdown in monthly sales activity emerge in future data.

Not immediately. And when they finally do, the decline is unlikely to be by much or to last for a significant period of time (see graph below).  In an article published by Infometrics earlier this year, Gareth Kiernan describes the underlying pressures driving up housing demand in Auckland.  Population growth has run ahead of the growth in Auckland’s dwelling stock since the start of 2009 and even with the Auckland Housing Accord pushing through new consents, the Auckland housing supply will remain well short of underlying demand for some time.

However, the new regulations are expected to dampen some of this growth in prices.  Our seasonal adjustment of QVNZ house prices for Auckland shows that monthly house price growth slowed to 2.0% in October, compared to the peak monthly rate of 2.3% hit in September.  One month’s data isn’t much to go on, but we will be keeping an eye out for further deceleration in Auckland's house price growth when data is released on December 1st.  With these factors in mind, we expect house price inflation to hit its peak within the next few months, and to slow throughout the rest of 2016.

What will happen to the regional housing markets in the regions surrounding Auckland?

Early signs of the effects of the “bright-line” capital gains tax rule suggest the response in these areas is likely to have been similar to the case in Auckland, with investors bringing forward purchases.  However, the changes to the Reserve Bank’s LVR rules will have the opposite effect.

Secondly, tighter restrictions for the Auckland market and strong house price growth in areas nearby are likely to draw investors to the property markets in the surrounding regions.

With underlying demand for housing in these areas also growing due to population increases and improving economic activity, we expect house price growth in these areas to continue accelerating throughout the months ahead.

However, the Reserve Bank is concerned about the risks that this outcome might pose to financial stability – an outcome that would be at odds with its goal of improving financial stability by reducing the systemic risk associated with the Auckland housing market.  When releasing its latest financial stability report, the Bank said that it “is closely monitoring the recent rises in house price inflation in some areas such as Hamilton and Tauranga.”

Given the side effects that are already apparent from the Reserve Bank’s regionally targeted policy for the Auckland housing market, we believe it would be foolhardy for the Bank to try and add further region-specific policies for Waikato and the Bay of Plenty.  However, the Bank’s increasingly hands on approach to the housing market gives us little confidence that it will not try to extend its influence with further micro-management.

Is it worth worrying about how the rest of the country might be affected by these regulation changes?

No.  The bright-line capital gains tax only affects those intending to sell non-owner-occupied residential property within two years of buying it.  Our estimate of national house price growth outside of Auckland was 7.6%pa in October, and this still includes strengthening price growth in Hamilton.  With less momentum in house prices outside Auckland, there is a limited limited extent to which investors will be buying property in areas south of Waikato/Bay of Plenty with hopes of a quick capital gains return.

The effects of looser loan-to-value restrictions around the rest of the country are fairly marginal, with the proportion of new borrowers able to buy houses with a deposit of less than 20% increasing from 10% to just 15%.

Furthermore, banks will remain careful to keep within the bounds of the Reserve Bank’s restrictions – high-LVR lending has averaged 6.4% over the past year (compared to the 10% maximum).

So the latest loosening of LVR limits will only affect a small subset of the rest of the national housing market.

Mieke Welvaert is an economist at Infometrics. You can contact her here » This article originally appeared in Infometrics’ newsletter and as part of an in-depth client article. The article has been republished here with permission.

Too much logic, not enough respect given to animal spirits.. Infometrics did NOT predict the extent of the auckland house price increases over past 3 years, I recall prehaps 7-10% growth rates yoy predicted.

And likewise, they are underestimating the extent that auckland prices will fall. Why? Speculative markets and animal spirits, fear and greed.

Economists project their logical rational thinking ways onto others and overlook how emotionally diven the average house buyer/seller/'investor'/speculator actually it.

The housing shortage fundamentally should see 5%-7% value growth, and thats what we are seeing in the rental market up their ( as speculation doesnt exist in rents!), all excess price moves over past 3-4 years over and above this is due to speculation and is due to come off the top of the market

This is a direct quote from the QBE funded Infometrics report of August 2011, right at the start of the auck boom:

"House price growth in Auckland is
currently the fastest in the country
and growth in the region’s property
prices is likely to continue accelerating
through into early 2013. However,
house price growth in Auckland is
not forecast to be as fast as it was
during the market upturns in the
1990s and 2002. From early 2012, it
is expected that rising mortgage rates
will negatively affect the affordability of
housing in the region, and Auckland’s
relatively high unemployment rate may
also stunt further growth in house
prices. Furthermore, with Auckland’s
property values the highest in the
country, the recent changes to the
treatment of depreciation on buildings
will have a significant effect on the
cash-flow of property investors in
the region. As a result of all these
factors, it is forecast that house price
growth in Auckland will be limited to
an average of 4.9%pa over the next
three years."

I bring this quote up as the author is an economist for infometrics who did this 2011 report.

It's been closer to 50% growth over that period.

Why? They forgot about human nature and still are not factoring it in in this more recent 'guess' at what will happen.

They are now predicting a 20% increase in prices between now and January 2018 (estimated from the first figure in the article). Given the current high prices, that represents a serious amount of cash that they believe is still to be made in this market. If you buy now then you will be able to sell in Jan 2018 just after the two year speculators limit and pocket your tax-free $100-$200k! Time to fill your boots people (that's if you trust their predictions)!

just make mortgage available for 1st home buyers only.
Investment, rental ? 100% cash - that would calm the things down.

Well the baby boomers won't be selling up any time soon - looks like they will be heading into the office for a while...

"The world's first anti-ageing drug will be tested on humans next year in trials which could result in people being able to live healthily well into their 120s.

Scientists now believe it is possible to stop people growing old and consign diseases such as Alzheimer's and Parkinson's to history."

I'd settle for a functioning bowel screening program ,

No one can really predict where house prices are going. Those curves are pretty but you could just as easily flip the post 2016 figures the other way and begin to get a cooldown in the market from 2019 after yet another 30% INCREASE in house prices from where we are now. People really need to get their heads around how much money some foreign people have available to convert from what is just paper to a hard asset. Until there is a serious clampdown and while interest rates are low and getting lower, the show will go on.

"Auckland accounts for about 40% of the national housing market and investors make up about 40% of residential property purchases in Auckland."

WOW! Investors 40% of purchases - is that just selling to each other? What does that add?

My master, teach me a thing or two today please.

What? Why the hell should I have to be your master?

Come on ML you know the rules...link please to said article? Having just returned from Coromandell prices are back to normal, and now selling if sellers realistic.

The above is only part of the answer. Predicting the future is any ones guess.We live in a very fast charging world. Psychology has a big part to play as to where things will go. A well known and respected corporate broker I knew said it was better to have a degree in Psychology than Economics to make predictions. All the statistics in the world won't change peoples minds if there in a "general mood' of uncertainty.This global ponzi scheme is going to hit like a ton of bricks and it only a matter of when.