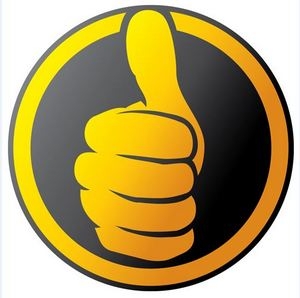 In a feedback document that is as thorough and almost as long as the July consultation document, the Reserve Bank explained that it will not yield to banks’ objections against off-quarter publication requirements.

Instead, the Reserve Bank intends to modify the current off-quarter regime: it contemplates the introduction of a quarterly “dashboard” of key financial information on individual banks. The dashboard would rely on standard templates — a cost-effective disclosure solution that should facilitate the comparison of banks against each other and over time. The Reserve Bank rejected any options that would reduce the frequency of bank disclosures.

Thanks to the contribution from credit rating agency Standard and Poor’s, the Reserve Bank rejected the full elimination of off-quarter disclosures.

According to Standard and Poor’s, “Scaling back [disclosures] could materially undermine bank accountability to large swathes of market participants”.

The rating agency thus clearly supports the idea that disclosures do contribute to lowering banks’ cost of capital (which makes me wonder why banks object to off-quarter disclosures in the first place). Of course, the feedback document presents other reasons to keep the off-quarter disclosures: They facilitate comparison of banks with different year-ends; they offer fresher, more timely, and more relevant data. But these reasons are kind of obvious, they do not really justify an elaborate consultation.

The more interesting reason that the Reserve Bank offers in favour of retaining the off-quarter disclosures is peer pressure: The Reserve Bank, almost bashfully, admits that it wants to remain loyal to international norms: “There are benefits in being able to demonstrate broad compliance with the spirit of such norms. In this respect, removing the requirement to make any off-quarter disclosures would be inconsistent with Basel’s Pillar 3 requirements.”

This motivation, presented shortly after the European Banking Authority published its annual assessment of banks Pillar 3 reports and a wealth of individual bank data from its most recent transparency exercise, makes sense.

Although generally supportive of the status quo, the Reserve Bank decided to let go of the requirement for branches to publish off-quarter disclosure information. The Reserve Bank motivates this decision on the ground that market discipline is likely to be better served by the market looking at data on the parent bank.

All in all, the Reserve Bank should be commended for the efforts it put into this consultation. In particular the quality of the information provided in the consultation document and the subsequent elaborate feedback deserve wider following.

(Here's an earlier article on this issue; Martien Lubberink argues the RBNZ's proposal to scale back bank disclosure requirements in the post GFC world is remarkable).

*Martien Lubberink is an Associate Professor in the School of Accounting and Commercial Law at Victoria University. He has worked for the central bank of the Netherlands where he contributed to the development of new regulatory capital standards and regulatory capital disclosure standards for banks worldwide and for banks in Europe (Basel III and CRD IV respectively).

Third paragraph - "Reverse Bank" not sure whether to be hopeful or not? Could go either way.