Dave Grimmond says the proposal is overly generous, but does have merit - though possibly for different reasons to those thought of by Labour

Dave Grimmond says the proposal is overly generous, but does have merit - though possibly for different reasons to those thought of by Labour 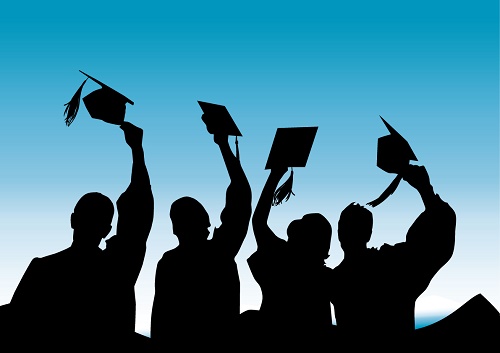 The Labour Party’s proposal for the government to pay for the first three years of tertiary education is overly generous, but it does have some merit…… though for different reasons than I imagine was the basis for Labour’s thinking.

Some have labelled Labour’s proposal as an electoral bribe (for example see this article) but there are some sound economic arguments for government assistance in the provision of tertiary education and indeed these arguments might justify some movement in education policy in the direction suggested by Labour.

The main argument for government support of tertiary education relates to the “merit” good nature of tertiary education.  That is, the nation as a whole benefits from having a workforce with the skills acquired from tertiary education.  The biggest beneficiary from tertiary education accrues to the graduates; their career and income prospects are considerably advanced by their qualifications.  But the rest of society also benefits.  We all benefit from having access to doctors, electricians, teachers, lawyers, pharmacists, and so on.  The argument for government support is therefore based on a view that as graduates do not capture all of the benefit from their higher education, there is likely to be less investment in higher education than is socially optimal.

The emotive view is that this is a regressive redistribution, ie the subsidisation of those with better prospects by those with worse prospects.  In fact the issue is more one of fiscal churn and missed opportunities to support those with greater need.  The non-fee component of tertiary education is paid by taxpayers, the greatest proportion of which is paid by the highest earning segments of society.  Lower subsidisation of tertiary education would allow either a lower tax burden or a redirection of government spending towards more “deserving” activities.

A lower tax burden would typically be expected to more directly benefit the richer segments of society; as the rich typically pay the majority of taxes, they will benefit more from a reduction in the tax burden.  Thus a large degree of the redistribution is actually between generations; from the rich middle aged to the generation of their children.  But if a large proportion of the government support of tertiary education represents the taxing of the rich to pay for the education of their children, then the reduction of this churn would still be expected to generate efficiency benefits (for example, lower tax rates would induce lower economic distortions).

The young adults who make it to University are already well on the road to lifetime success, so probably need little further assistance from the government.  But at younger ages, there are still many opportunities for well targeted and well-designed government assistance to make a fundamental difference in the prospects of many individuals.

However, these arguments do not mean that there is no merit in the Labour Party proposal.  The ability to finance tertiary education can still be a critical constraint for prospective students.  One might expect that finance should not be a binding constraint to tertiary students as, even without government support, students’ better lifetime prospects would make them worthwhile financing prospects for banks.  However, not all first year students succeed and banks face some difficulty in assessing which students are better prospects for financial support.

The way around this adopted by the New Zealand Government has been to take over the banking systems role and provide student financing services directly.  But it is a moot point whether being a lending agency is either an appropriate or effective use of government funds.

At heart there seems to be a number of competing issues that require resolving in the most efficient manner:

Accepting that it is probably impossible to design the perfect policy for financing tertiary education (particularly in a brief article), I present below an amended version of Labour’s proposal that might provide a mechanism of addressing these objectives:

This proposal assumes that government assistance to tertiary education is about human capital development and that education for consumption purposes should be largely privately. Under this system the onus is on students to perform well in their first year of study so that they can demonstrate to banks that they are a good credit risk.  A potential bonus side effect is that the one year of full public funding will encourage an increase in one year tertiary qualifications and so perhaps induce some improvement in the efficiency of the provision of tertiary qualifications.

David Grimmond is an Associate Economist at Infometrics. You can contact him here »

A significant part of student loans is made up by the living allowance. For many, this enables them to leave home and go flatting in the same town as their parents. For under 20 year olds, this results in them having to adjust to a living environment where they must take total personal responsibility, along with 3-5 other similarly challenged young people.
This occurs at the same time that they face significant other challenges:-

Self directed learning in a totally different environment to school
Unfettered access to drink and an intensified party culture
For some, car ownership and the personal freedoms that this offers
For some the transition to a coeducational educational environment.

It seems to me unwise to financially encourage younger students into this situation until they have made some of the above adjustments.
A hard headed view would be that this is a lifestyle choice (an unwise one at that) and nothing to do with education. Accordingly I believe that the living allowance should only be extended to under 20 year olds where study in another city is unavoidable. A grant, not a loan should be provided in the interests of geographical equity.
I think that these measures would make a significant dint in the student loan problem and improve the tertiary learning out comes.

What about the social blight created by indebting a generation? Surely the debt the student owes to society is fully repaid in their future taxes? The current system taxes them twice over and was only introduced as a consequence of the country's overindebtedness in the late 1980s.

I think Labour are finally getting themselves together and beginning to showing the first tentative signs of becoming a credible opposition. I couldn't believe how little it costs. Well done them.

There is also a Q of timing. So in their 30s ex-students will be struggling with a mortgage, cost of kids, but by their 50s they should be mostly debt free and more able to pay. Also we already offer the OAP for "free" to the current retirees paid for by the current workforce, many are those ex-students so i fail to see why it cant work both ways a bit. I also know a few ppl who never finished their degrees due to cost, (and some children and hence with reduced earnings) yet they seem well capable of doing so.

Then there is profit, an employee should be generating a profit for the employer, and I suggest the higher the capability of the employee the bigger the profit for an employer? (all else being equal) This suggests a bigger tax take for the Govn from multiple sources and higher GDP?

I certainly would like to see all the aspects costed and spreadsheet'd to give a sound decision on.

There's a reason you couldn't believe how little it costs - their costing is wholly un-credible. It takes absolutely no account of the certainty that if you make something free, demand for it will increase.

I'm really keen on doing either the 'Basket weaving for beginners' or 'underperforming arts' Degree. However, given the number of relevant jobs that will be available after I qualify, taxpayers won't get much of a return on this investment.

Germany provides free tertiary education for all its citizens and for international students.
Look at the technology and manufacturing companies, skilled jobs and educated, skilled population.

Free tertiary for students does not prevent any govt from ensuring only authentic, useful programmes are offered.

This does not include people who have previously studied after school.....so they wont be getting my vote:)

On reflection we have funded education to 7th form for all of my life. I dont know how that translates but i do know that goverment wants trades to include level 6 of the polytechnic system, a supervisory level.
Fine, but seems logical that they would pay and that translates to fees for a 3 year post school system.

Instead of government/taxpayers financing tertiary education - how about we finance work that needs doing. Like planting out freshwater margins, eradicating animal pests, fencing off waterways from stock, planting native sand binding vegetation on eroding coasts, reforestation of eroding hill country, removal of wilding pines and gorse, etc. And let's finance only young people, say aged 17-21, with a serious kick start into adulthood - the pay rate for this work being set at three times the minimum wage and only available for a max of three years.

This gives all our young people an equal and massive boost in income when starting out, if they choose to take it up. Surely there could be no better investment in our future. Many would likely jump straight out of secondary and save for their future tertiary education or their first house or a business start up.

We have so many environmental problems just waiting to be dealt to - and the only way to solve them is manpower. Instead of putting our young population to work, we've mainly got retired folk volunteering their time. That will NEVER be enough. We need to pay and pay well to get the jobs done.

Instead we have economists suggesting we spend on infrastructure - and all that does is put the 'helicopter money' into the hands of the Fletchers and the Higgins' who pay the staff less than a living wage to build stuff that is never justified by a proper cost/benefit analysis. Yet, cleaning up our environment has massive payoffs for many generations to come.