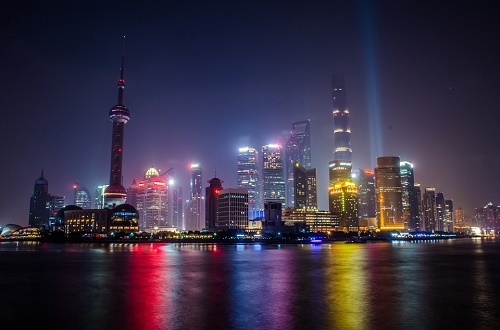 Shanghai is one of the first places that springs to mind when we think of Chinese cities.

A big city with a population of more than 24 million, Shanghai has a GDP of US$16,553 per capita. At twice the country’s average, this places it third behind Tianjin and Beijing.

As a developed city within a developing country, Shanghai is a symbol of China’s aspirations.

And compared with other major cities of China, Shanghai’s global outreach cannot be matched.

A snapshot of Shanghai’s economic development

Shanghai is the commercial and financial centre of mainland China. It is one of the four direct-controlled municipalities of China.

Located in the Yangtze River Delta in East China, Shanghai sits on the south edge of the mouth of the Yangtze in the middle portion of the Chinese coast. The municipality borders the provinces of Jiangsu and Zhejiang to the north, south and west, and is bounded to the east by the East China Sea.

In the last twenty-five years, Shanghai has recorded double-digit growth almost every year except during the global recession of 2008 and 2009. Its sustained growth is phenomenal by any standards.

Shanghai’s GDP growth in the first half of this year was 6.7% year-on-year, on par with national average.

Over the last five years, the total output contributed by the services sector has risen by 10% to reach 70.8% of the city’s GDP.

In September 2013, the city launched the China (Shanghai) Pilot Free-Trade Zone, the first free-trade zone in mainland China. The Zone introduced a number of pilot reforms designed to create a preferential environment for foreign investment.

Shanghai has the world’s busiest container port, which handled 29 million TEUs (twenty-foot equivalent units) in 2010 and 36.5 million in 2015.

Maintaining its competitiveness remains a priority for the Chinese city icon.

According to the city’s latest blueprint for development covering the period until 2040, it intends to cap its population at 25 million for the next 25 years.

It also seeks to reduce the average commuting time from 50 minutes to 40 minutes in the same period.

Shanghai leads the country with the most developed public transportation.

Some 73% of residents live within one kilometre of a bus stop. Of these, 53% live within 500 metres of one.

The city also boasts the most developed subway system in China with the highest density and a whopping 600 kilometres of track.

In April this year, the Shanghai Tower, the second tallest building in the world was opened to the public after seven years of construction. The skyscraper stands at 632 metres tall. The building is already on many collaterals that pitch the city and China to the rest of the world.

Shanghai will position itself as a pioneer of urban economic powerhouses by developing the Yangtze River Delta as a world-class cluster of cities. The new cluster comprises 26 cities, including Shanghai, and parts of Jiangsu, Zhejiang and Anhui provinces.

The three provinces and Shanghai form a region that has contributed 21.19% of China’s GDP, though only commands 16.7% of the national population and 3.7% of the country’s land.

The clustering approach will no doubt bring in even more business interests.

In addition, it also aims to cement its reputation as an international shipping hub by increasing its container traffic by 15% in the next few years. Shanghai’s ports are already number one in terms of throughput and have been for the last six years.

It is clear that Shanghai has worked out a host of internal and external development strategies. Many of these strategies are not different from China’s overall strategies for the country as a whole.

Shanghai is however ‘smaller’ and more nimble than the rest of China and has amassed a significant head-start in its competitive landscape. So we can expect that other Chinese cities will follow suit over time.

Incredible figures to be sure. I know it's all supposed to be very exciting and some sort of a vision for the future but, honestly, how can the place, the planet, tolerate such unprecedented intensity. Twenty six multi million person cities in that Yangtze river delta area alone and just one of them with 24 million. Nothing even remotely on this scale has ever occurred in the entire history of man so it really is an experiment but with billions of actual humans in the test tube. Good luck!

Yes exactly - this is overshoot by any definition.
Little wonder they are on the hunt for food & water security wherever they can before the Oil stops ..

this guy saw this coming a couple of hundred years ago

Ahhh, the Malthusians. It is with some nostalgia that I think back to Hugh P leveling the allegation towards Powerdownkiwi.

Indeed, do we want to make New Zealand anything remotely like that? Is it a mark of human success or failure. It is not obviously a good thing,

Indeed, do we want to make New Zealand anything remotely like that? Is it a mark of human success or failure. It is not obviously a good thing,

One word springs to mind. Pollution.