Rodney Dickens shows the NZD does not move in response to American benchmark interest rates. It is factors like relative economic growth and NZ export prices that really drive our exchange rate

Rodney Dickens shows the NZD does not move in response to American benchmark interest rates. It is factors like relative economic growth and NZ export prices that really drive our exchange rate 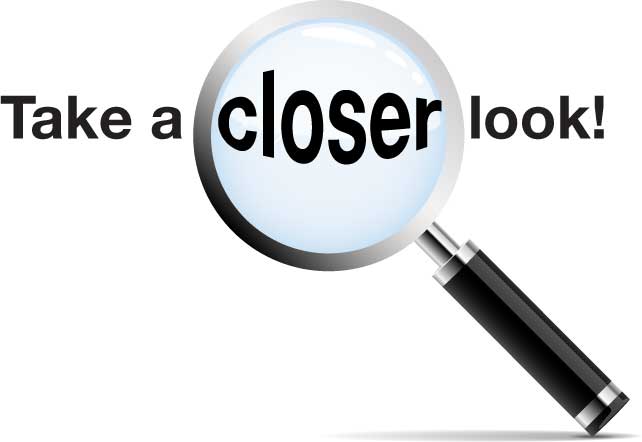 In the Morning Brief provided by ASB Securities on Friday was a link to an NBR article in which an economist was reported as saying that interest rate hikes by the Fed would result in a lower NZD/USD and higher NZ interest rates.

The view that interest rates are an important driver of the exchange rate is quite widespread despite the fact that there is no basis for such a view.

Far too often economists present views that are not founded on how things work in the real world with this being just another example. As shown in this Raving, it is been much more common for the NZD/USD to appreciate than fall when the Fed has hiked interest rates in the past.

This isn't to say that the NZD/USD won't fall this year but if it does it will be for a very different reason than that attributed to the economist.

The NZD/USD is reasonably closely linked to economic fundamentals but just not to interest rates as is also shown in this Raving.

In an article in the NBR covering the OCR decision on Thursday (March 23, 2017) the following was attributed to GMI senior economist John Carran:

"GMI's Carran said as the Fed starts returning to a more normal monetary policy setting, US rates will rise attracting demand for the greenback, which in turn will push the kiwi lower, lift imported inflation and build the case for New Zealand's central bank to raise rates."

To be fair to John, the NBR may have misinterpreted what he was saying while it didn't provide the full background to his views meaning the paragraph above could be out of context. But the suggestion rising US interest rates will result in a higher USD and lower NZD (i.e. higher USD/NZD or lower NZD/USD) appears to be another case of an economist presenting a prediction that is unfounded.

What I do that is somewhat distinct from what many of the macro economists do is that I check how things work before making claims about what will happen. What historical precedent is there for believing that higher US interest rates will necessarily mean a lower NZD/USD?

Even before this, there are good reasons to question how much US interest rates will increase as discussed in our monthly economic and forex reports, but the focus today is on the link between what the Fed does and the NZD/USD.

The left chart shows the US Fed Funds Target Rate versus the NZD/USD. If the view attributed to John was well founded periods when the Fed Funds Rate has increased should correspond to periods when the NZD/USD has fallen. But as can be seen from the chart, periods of rising US interest rates have more often corresponded with periods of an appreciating rather than falling NZD/USD. There is no basis for suggesting that hikes by the Fed would mean a lower NZD/USD with the historical experience suggesting the opposite is the case more often. Too often in my assessment macroeconomists present views that are not at all founded on analysis of how things work but are based on lazy rules of thumb that don't stand up to proper analysis.

By contrast, there is a reasonably high correlation of 0.9 - akin to a 90% pass mark in an exam - between the NZD/USD and the SRA NZD/USD Drive Index as shown in the right chart above. The SRA Index is composed of some key NZ and US economic fundamentals but not interest rates. When I add interest rates as one of the economic fundamentals the relationship deteriorates.

Factors like relative economic growth and NZ export prices are what really drive the exchange rate and it is only in common mythology too often espoused by economists and reported in the media that interest rates play a major part.

Not sure if there is such a thing as "the NZ economy" any more.
It could be more accurately described as a "geographical arena' for large globally controlled organisations to operate their financialisation and monopolies/duopolies.
The food economy: duopoly, farming 1 main corporate, building: duopoly, education:driven by 1 Govt export agenda, housing:driven by secret foreign funding., etc
Not much left really for a 'NZ Economy" to have an influence on NZD or interest rates. The measurement is more of a "how can this entity be farmed for others" efficiently, & then what effect this will have on the exchange rate etc.

I disagree.
The export is only 10% of the international transactions but the financial investments consist 90% of the currency transactions.
So the interest rate affects the demand and supply of its currency directly and has the influence on exchange rate directly.
Why NZ dollar is not falling are 1. immigrants capital inflows and 2. international instability due to Trump 3. The market anticipated the change already.

Oh of course, Trump is to blame for so much. As we had so much international stability before late 2016.

"What I do that is somewhat distinct from what many of the macro economists do is that I check how things work before making claims about what will happen."
Obviously not very well..
Give us the (negative) correlation coefficient for the NZD/USD - Fed Funds graph over the periods displayed exclusive of the period of QE.
You found a correlation in your index of fundamentals and the NZD/USD pairs; good on you. It deteriorates when you add in interest rate components? To what degree? Are you using levels, or delta?

I fear there might be a very elementary flaw in the econometrics associated with his argument, here. Kudos to him if he has realised it and opted to not give us some actual statistical analysis above a 5th form level.
Obviously RD is never going to disclose his index components or weights, so we will never know.
Finding a covariance relationship is very easy. Unfortunately it doesn't really count for much from an econometric perspective if you are trumpeting some righteous justification like "What I do that is somewhat distinct from what many of the macro economists do is that I check how things work before making claims about what will happen."

It's very easy for a 'professional' economist to cover his tracks as he is not obliged to show his methodology for publication.

I pay absolutely no attention to the prognostications of classically trained economists,unless that confess to having been retrained as Behavioural Economists. See Kahneman and Tversky, Thaler, Shiller et al.

Just one example: as a long time stock market investor,I remember the Efficient Market Hypothesis well. I never accepted it as it took no account of people's inherent biases and Thaler comprehensively blows it out of the water in his book, The making of Behavioural Economics.