EY's Aaron Quintal says the government's plan to raise $250m over 4 years from changes to transfer pricing and interest deductibility suggests optimistic forecasts or an over-reach of the reforms
25th May 17, 2:36pm
by Guest 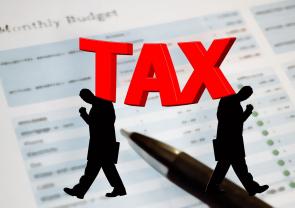 Buried in the Budget are two important issues for business taxpayers.

First, the Government has finally put a number around the additional tax revenue it expects to receive from multinational companies as a consequences of the changes it has already announced around Base Erosion and Profit Shifting (or BEPS). The BEPS program was originally intended to be a multi-lateral and globally consistent approach to addressing gaps and shortcomings of the international tax system. However, it has been seized upon by tax authorities in a number of jurisdictions – most notably New Zealand, Australia and the UK – to justify unilateral reforms that risk aggravating the opportunity for cross-border mismatches.

While the reforms have generally been supported as a means of addressing egregious behaviour, there was always concern that the scope of the reforms would be so broad that legitimate business structures would fall within the scope – resulting not in the closing of loopholes, but rather over- taxation or double-taxation of businesses. According to the Budget forecasts, the government anticipates raising $250 million over four years from the proposed changes to transfer pricing and interest deductibility. Finance Minister Steven Joyce stated that he thought this was a conservative number and expected it to rise. On the contrary, this seems to be quite a large number based on the widely held view of the scale of the real problem. It points either to optimistic forecasts or an over-reach of the reforms.

The latter is likely to pose the greater problem for New Zealand on two fronts. First, it could discourage foreign investment on which New Zealand relies. Second, tax policy does not operate in a vacuum. If foreign governments feel New Zealand is overtaxing their companies, they are likely to respond with further taxes on New Zealand companies operating in their country.

Second, and more welcome by business, the government has released a discussion document to address the problem of “black hole” and feasibility expenditure. Black hole expenditure refers to amounts of expenditure where, despite incurring a real economic cost, the taxpayer is unable to get either a tax deduction or a depreciation expense. This occurs most commonly where projects are started but abandoned before an asset comes into existence. This mismatch between the economic reality and the tax outcome discourages otherwise sensible (but possibly risky) investment.

The government has proposed that in relation to feasibility expenditure, taxpayers will be able to follow their accounting treatment. This means amounts will generally either be expensed when the cost is incurred or, at worst, deducted when the project is scrapped.

*Aaron Quintal is a Tax Partner at EY.