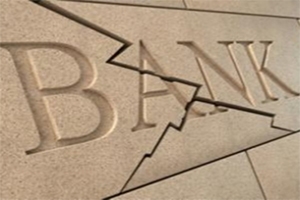 Ian Narev, the Kiwi at the helm of Australasia's banking behemoth Commonwealth Bank of Australia (CBA), is under the pump.

CBA issuing a statement on Tuesday saying, "Mr Narev retains the full confidence of the Board" won't end calls for his head to be placed on the chopping block.

Why is Narev under such pressure? Because AUSTRAC, Australia's anti-money laundering regulator, last week announced it had initiated civil penalty court proceedings against CBA for "serious and systemic non-compliance with the Anti-Money Laundering and Counter-Terrorism Financing Act 2006." Among other things, AUSTRAC says for three years CBA didn't comply with the requirements of its anti-money laundering programme relating to monitoring transactions on 778,370 accounts.

CBA's board may be professing confidence in Narev, but it is cutting his pay. Taking account of "risk and reputation" matters impacting the bank including AUSTRAC's case, CBA is "reducing to zero" the short-term variable remuneration for Narev and his group executives for the bank's recently completed June financial year. These group executives include Barbara Chapman, CEO of CBA's New Zealand subsidiary ASB. Non-executive directors are also having 20% sliced off their fees for the current financial year. Narev was paid A$12.3 million last year.

Naturally CBA says it takes AUSTRAC's allegations very seriously and it will, of course, file a defence. The bank notes AUSTRAC claims some 53,000 transaction reports were filed late. But it says all these "alleged contraventions" arose from the same systems error. If a court accepted that, CBA's fine would be a maximum of A$18 million. (CBA's statements in response to AUSTRAC's are here and here).

However, Morgan Stanley analysts led by Richard Wiles estimate CBA's fine could be much, much higher than A$18 million.

"We believe the size of any potential penalty is difficult to predict. However, using the Tabcorp outcome as a guide [see table below], a range of A$50 million to A$2.5 billion could be possible. The top end of this range equates to 1.7% of market capitalisation, 18% of estimated full-year 2018 earnings, or 55 basis points of Common Equity Tier 1 capital on a pre-tax basis," the Morgan Stanley analysts suggest.

"In addition to penalties, we see six other potential implications for CBA: (1) brand damage; (2) material costs for process and system remediation; (3) management changes; (4) changes to CBA's sales and growth strategies arising from broader concerns about conduct; (5) greater oversight from the Australian Prudential Regulation Authority; and (6) higher probability of a Royal Commission into the banking sector, or other inquiries into conduct and pricing."

AUSTRAC's action has unveiled what's merely the latest doozy of a conduct and compliance issue at CBA under Narev's watch. There has also been Storm Financial, financial planning woes at Commonwealth Financial Planning, and the CommInsure life insurance scandal.

Those calling for Narev's head presumably believe the buck must stop with the very well remunerated CEO of CBA, a major publicly listed entity. But perhaps the real problem is that CBA is simply too big to manage.

This is a company with more than 50,000 employees. In a New Zealand context, that's more employees than there are people living in Invercargill, and about the same size as the populations of Rotorua, New Plymouth or Whangarei.

In the context of the Australian and New Zealand markets where CBA primarily operates within a combined population of about 29 million, that's one humongous organisation.

Along with its smaller, yet still massive rivals ANZ, BNZ's parent National Australia Bank and Westpac, CBA and its shareholders have certainly had it good for a long time. As systemically important to the financial system, or too big to fail banks, the four enjoy implicit government guarantees on both sides of the Tasman.

They're too big to manage so break them up

Perhaps AUSTRAC's move against CBA could ultimately be seen as the straw that broke the camel's back. These banks are too big to manage, the systemic risk they pose to the financial system is huge, and they ought to be broken up.

Following the events of 2007-08 in the United States and United Kingdom, when big banks were bailed out with taxpayers' money, there have been numerous calls for banking behemoths to be broken up. In an October 2012 speech, Andrew Haldane, the executive director for financial stability at the Bank of England, noted that there was no longer even evidence of economies of scale at banks with assets of more than $100 billion.

"If anything, there is now evidence of diseconomies which rise with bank size, consistent with big banks becoming 'too big to manage'," Haldane said.

'It has become more difficult to manage'

ANZ, one of CBA's key rivals, is already downsizing, pulling back from life insurance and online broking, and selling finance companies Esanda and UDC. I discussed this with ANZ group CEO Shayne Elliott in an April interview. Against a backdrop of technological disruption, increasing regulation and growing reputational risk, Elliott argues that complete ownership of the value chain, or the universal banking model of the past two or three decades, is not the future.

Elliott stopped short of saying this vertical integration model is broken, but said it has become much more difficult to manage.

"I have been in the industry for 30 years. With all the regulation that is happening in the world, different community expectations, it has become more difficult to manage. Doesn't mean it's impossible, but it's far more difficult than it ever has been. And so companies have to make a choice. And I'm sure that some will continue with the vertically integrated model and others will probably do quite well out of it. [But] that's not the model that we will be pursuing," Elliott told me in April.

Elliott sees the likes of savings, borrowing, moving money around and foreign exchange as core activities for ANZ. But with other "ancillary services" such as life insurance, funds management, private banking and online broking, he argues banks may be better off partnering with niche specialists.

Against this backdrop the time has come for CBA's board to look beyond cutting their executives' pay or replacing their CEO, and seriously consider breaking the too big to manage bank up.

" As systemically important to the financial system, or too big to fail banks, the four enjoy implicit government guarantees on both sides of the Tasman."
This is great news, - so the RBNZ is just bluffing when it says that it will be depositors who will foot the bill to bail out banks via the OBR mechanism?
Bad news for taxpayers though.

30 years ago there were heaps of 'big' Aussie banks. Each State had it's own State Bank ( a la Kiwibank) and the rot set in when the Commercial Bank of Australia was absorbed into Bank of NSW ( Westpac) and the Commercial banking Company of Sydney was swallowed by the NAB in defense. The Big 4 was only supposed to be a barrier to ,say, Citibank taking over one of the local Aussie banks when deregulation came in in the early 80's. Like many things, once the road of consolidation is trodden, it's hard , if not impossible, to go back. And as we now see, the fewer competitors there are in a marketplace, the larger the profits for each of them......

Nexus and Vested Interests are sure to keep these monopolies and cartels going strong, all over the world.

But perhaps the real problem is that CBA is simply too big to manage.

The episode involving the London Whale illustrates how difficult it is to learn the truth about the inner working of large banks. Big banks profit by exploiting information and conflicts found between the world of credit and the world of securities. Indeed, the CIO's office generated big returns for JPM over the decade or so that Iksil was with the bank.

But the London Whale episode also shows in graphic terms why the Volcker Rule prohibitions against banks trading for their own account need to be preserved and strengthened. There is a fundamental conflict between a bank acting as a lender and trading credit derivatives.

More, if the CEO of a bank – any bank – can short circuit the internal controls of his institution in order to enhance returns with a bet at the credit derivative roulette table, then by definition that bank cannot be safe and sound. Read more

Size is irrelevant if the institutional direction from the top down is ethical.

the RBNZ, and RBA have made regulation so complex and cumbersome that managing such complex businesses has become a minefield.

The barriers of entry are so massive that we have virtually ended up at a monopolistic position.

The next big driver in the transactional banking space will be when the likes of Apple, Google, or FB decide to tackle the banks head on. It is only a matter of time, and the banks know this.

Maybe amazon too, considering they are setting up in Oz. These newer generation companies will hopefully shake things up. It so keen on Facebook as a bank, considering how much personal info they know about people. The amount of info they have is scarey.

I agree Bob. Although I think you'll find google beats FB hands down. People's lives are scattered across the interweb. The amount of data google holds is frankly frightening.

It is certainly to TGTF.