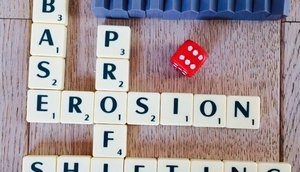 This election campaign certainly has a fresh approach because it’s the first time I can recall both Labour and National boasting about how much tax they’ll raise. Barely three weeks ago Labour announced measures which it expected would raise an additional $300 million per year from multinationals.

Labour’s proposals include following the example of Australia and the United Kingdom and introducing a “Diverted Profits Tax”.

Not to be outdone, the Government dumped over a thousand pages of commentary and analysis a week ago as part of its announcement of the response to the OECD’s Base Erosion and Profit Shifting (BEPS) initiative. These measures are expected to raise $200 million per year.

However, there’s a risk that regardless of which party is in power after the General Election, Inland Revenue’s Business Transformation proposals may reduce its capacity to enforce the law and put those tax revenues at risk.

Secondly the use of artificial arrangements to avoid having a taxable presence in New Zealand. Measures will also ensure multinationals are taxed in accordance with the economic substance of their activities in New Zealand.

Finally, countering strategies that multinationals have used to exploit gaps and mismatches in different countries’ domestic tax rules to avoid paying tax anywhere in the world. In a surprise move the “hybrid mismatch arrangements” targeted include foreign trusts. In addition, Inland Revenue will get additional powers to investigate “uncooperative” multinational companies. This includes extending the “time bar” period during which Inland Revenue may investigate prior years from four to seven. (It’s not clear whether that would apply retrospectively).

There’s no plan to introduce a diverted profits tax and overall the proposals are expected to raise about $200 million annually when they are fully implemented from 1 April 2019. The Government is so confident about the success of these measures that it had already included some $250 million in its forecasted tax revenue over the next three years.

But whether it’s $200 million or $300 million annually it’s not terribly significant in the context of a projected $12.5 billion corporate income tax take for the year to 30 June 2018. Multinationals do not appear to be the “magic money tree” of popular imagination. The hundreds of pages of supporting documents released last Friday contained some interesting snippets about the scale of multinational activity in New Zealand and what Inland Revenue knows about multinationals’ tax planning. For example, the regulatory impact statement on the transfer pricing and permanent establishment avoidance proposals noted:

“There is limited certainty of evidence in relation to the problem of transfer pricing and PE avoidance arrangements. This is because such activities are often not directly observable in the absence of specific audit activity. However, Inland Revenue is aware of about 16 cases involved in these types of BEPS arrangements which are currently under audit that collectively involve about $100 million per year of disputed tax. While there are only 20 New Zealand-owned multinationals that earn over the threshold for some of the main proposals (over EUR €750 million of consolidated global revenue), the European Union (EU) has estimated that there may be up to 6,000 multinationals globally that do. However, we do not know how many of these global multinationals operate in New Zealand.”

Before she entered politics Minister of Revenue Judith Collins was a tax partner with Simpson Grierson, or “Simply Gruesome” to its rivals. And “simply gruesome” is probably what most of the foreign trust industry is feeling after seeing the proposals for countering hybrid mismatch arrangements.

The obtuse-sounding hybrids mismatch proposals tackle structures often involving “hybrids” such as limited partnerships or other special entities That exploit mismatched tax treatments between countries of financial instruments and entities. As a result of these mismatches the overall tax payable by a group of companies is reduced. Addressing these types of arrangements is a key part of the BEPS initiative internationally.

Inland Revenue has decided foreign trusts represent a form of hybrid mismatch arrangement (a rather questionable argument which unsurprisingly the foreign trust industry rejects). Accordingly, it proposes to tax any income earned by a foreign trust to the extent it is not taxable in another jurisdiction. This would mean the end of the current exemption from non-New Zealand sourced income for foreign trusts.

What concerns foreign trust advisors is the possible application of the financial arrangement and foreign investment fund regimes to the investment portfolios of foreign trusts. These regimes are fairly unique and their application could actually be a case of imposing a tax charge where none currently exists. (This is primarily because often the overseas tax involved is capital gains tax which usually only arises on disposal). A further drop in the numbers of foreign trusts registered therefore seems likely particularly if the financial arrangement and foreign investment fund regimes are applied to foreign trusts’ investment portfolios.

However, there is a huge “but” to these proposals and it’s a big one: will Inland Revenue actually have sufficient staff with the proper skills to enforce the new rules and identify new risk areas?

In the past month, Inland Revenue has revealed more about how its new computer system START (simplified tax and revenue technology) and Business Transformation programme will affect Inland Revenue itself. It believes it will be able to reduce its staff by about 1,500 or 30% of its current workforce over the next four years. That’s a big call and arguably a bigger risk than the projected $1.5 billion cost of START over ten years. Anyone who has been hanging on the telephone trying to talk to someone at Inland Revenue will probably have a sceptical view about the proposed staff cuts.

That said, there’s no doubt START will bring improved efficiencies. For example, an August 2012 report on Business Transformation noted that approximately half of Inland Revenue’s 1,100 data entry processing staff were engaged full-time on correcting data entries.

The problem is that the proposed staff cuts appear to go well beyond redundant data entry processing staff. Leaked documents show changes at all levels including the specialised investigators, analysts and legal advisors – key personnel in addressing complex tax issues and countering aggressive tax planning. 86 managers are to reapply for 55 new posts, and 632 investigators are to be “reassigned” with senior investigators facing a proposed $20,000 cut in their salary bands. Would you do the same job for $20,000 less? It’s small wonder rumours are circulating that the proposals have badly hit staff morale at Inland Revenue.

The proposed loss of investigation staff is frankly perplexing. At present according to Inland Revenue’s 2016 Annual Report each dollar spent on investigation yielded $7.91 against the target of $7:$1

This return on investment is a strong case for increasing funding to investigators which in fact is one of Labour’s proposals. It has said it would give Inland Revenue a further $30 million for investigation work.

As noted above, Inland Revenue is at present not always aware of all the tax planning schemes in operation. It seems scarcely credible that Inland Revenue is proposing to make drastic changes to the staffing and salaries of the very people needed to counter those arrangements.

The question therefore arises: will the BEPS proposals be undermined by lack of staff to enforce them? Only time will tell.

I guess in an election year there is no way to stop simplistic promises to complex problems and the targeting of any group that is not a voter.

Why doesn't the NZ wine industry front up to endorsing multi-nationals?

There is a multinational money tree to pick. Lots of low hanging fruit there. It mystifies me why the IRD phaffs around with complex but so small approaches, when it needs to shake that money tree strongly. Lets just levy some big taxes on these connivers. If they dont like it they can leave.