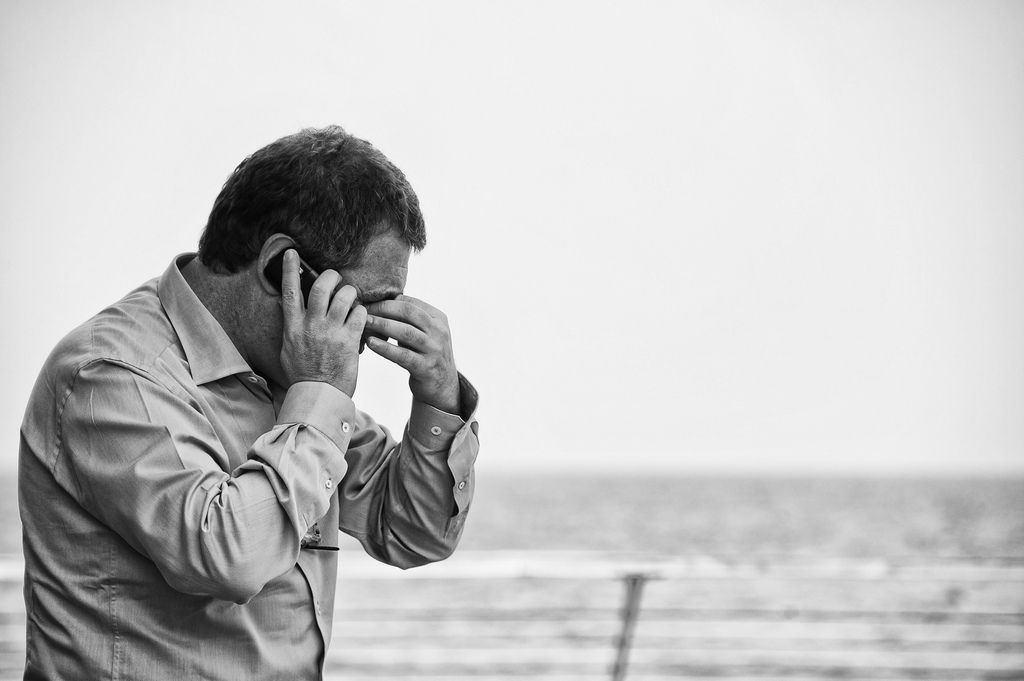 A reckless youth and a love affair with things that go fast, have seen me suffer several concussions which affected my mental health. This has led me to access excellent mental health services which have changed the life of myself and my family.

With the growing awareness of mental health issues and the public push to speak up,[1] talking to doctors, councillors and friends about stress, anxiety and depression is less of a taboo. Yet if you’ve mentioned suffering any of these conditions to your doctor, but not your insurer, your travel, health, income protection and life insurance products could be worthless.

An insurer can avoid a policy if you don’t tell them about your past or current “mental health issues” even if your claim has nothing to do with innocuous complaints made in years prior.

This reality has the potential to discourage people from opening up to their doctors about any mental health concerns they may have[2]. Gary Galambos, chairman of the NSW Branch of the Royal Australian and New Zealand College of Psychiatrists says:

The problems around mental health and insurance all stem from an archaic law that deals with non-disclosure.

Under the law, there is no distinction between fraudulent and innocent non-disclosure. An insurance company has the right not to honour a policy if the claimant did not provide all the information the company required when the policy was purchased. This is the issue of non-disclosure and has its origin in the common law dating back to the 1700’s. Yes, the current state of the law is unchanged in this area since the days of Captain Cook.

The Commerce and Consumer Affairs Minister Jacqui Dean says there must be a desire to change the law in this area, but “up until now, this impetus hasn’t been there”[4]. This is widely inaccurate. Insurance advocates have been calling for a change for the past two decades. Indeed, since a 2007 Cabinet paper, the proposed Insurance Contracts Bill has languished for over a decade[5].

Since then, the UK, Australia and Ireland[6] have enacted new legislation that specifically targets non-disclosure. Consumers there are now only responsible for answering questions asked by insurers, and any unintentional failure to disclose will not be used against them.

Insurance and Financial Services Ombudsman Karen Stevens has called for New Zealand to follow suit[7]. She points out:

“this manner of dealing with non-disclosure is very severe in cases where someone has failed to disclose information because they forgot, or didn’t understand the questions asked. While most policies contain warnings about the duty and what happens if the duty is breached, in our experience people don’t read the policies, they don’t know what questions to ask, and they often don’t understand the consequences of failing to disclose.”

The Ombudsman further points out that the most common things people fail to disclose are their pre-existing medical conditions (39%).

She has been at pains to point out:

“For the 22 years we have provided a dispute resolution service, a constant stream of people have contacted us because their insurance claim has been declined, or their entire policy voided because they left out information on the insurance application”

What is most galling is there are clear legislative guidelines for life insurance policies in the Insurance Law Reform Act 1977. This Act covers the effect of misstatements, where you do give information, (different to a non-disclosure) in contracts of life insurance. Under a life insurance policy an insurance company can only avoid policies where statements made in the proposal or associated documents are:

The Law Commission has acknowledged, as far back as 1988, that there is an inescapable power imbalance between insurers and consumers and that the result of non-disclosure is wholly disproportionate to the breach[8]. It has also been identified that the insurance companies are not incentivised to ask the types of questions that clarify what information is relevant to their underwriting procedures. This is a very polite way of saying that insurers are permitted to make questionnaires that are vague and have the potential to mislead.

I believe that the form and content of the medical disclosure questionnaires are the key reasons for the high rates of non-disclosure claims before the Ombudsmen. From the below selection of insurance declarations, even with 10 years of insurance law experience, I would struggle to answer the questions in a way that would not have the potential for future issues of non-disclosure.

1. Sovereign[9] asks:  Have you ever had any signs or symptoms of, or been tested or treated for, or diagnosed with any of the following?

Everyone has displayed “signs or symptoms” of stress, fatigue, headaches and/or sleeplessness. Who can answer no to that question? But will people think to disclose the time that they told the doctor they were feeling “stressed and depressed” as noted in the doctor’s file notes?

2. MAS does not reference signs or symptoms but uses the term “suffer”. Again it is not clear what “suffer” means. Does this mean that you have to be under a diagnosis, receiving treatment, under medication or just receiving counselling? Mental health is such a varied and individual health issue. How can we use such generic language?

3. The Kiwibank application form[10] has a clearer set of parameters around its mental health questionnaire and removes the one-off events that may be common to many people:

4. As a point of reference, the Australian insurer MLC has a much clearer term “condition” and explains in far more detail the types of “conditions” that it deems relevant.

The argument for legislative change

There is well and truly an “impetus” for the law that deals with non-disclosure to change. Mental health is such a critical issue for New Zealanders, and the actions of insurers to hide behind an archaic notion of good faith risks undermining the work done in this area. I echo the recommendations made in a 2007 Cabinet paper to completely overhaul the law,[11] and call for the strict control of an insurer’s right to avoid an insurance contract.

*Tim Gunn is a Senior Solicitor at Shine Lawyers.

Makes perfect sense to me!

It is a pretty well-constructed article but possibly Government has not progressed the issue further because they know it must inevitably lead to increased premiums. Does anyone know? One of the examples - Travel Insurance - is certainly in this category. It is a commodity purchase in that the customer needs the cover wants to buy it easily and quickly with no hassles buys it from non-skilled insurance agents (Travel Shops) and perhaps the whole process is too quick. But the insurance may be needed straight away. It may be that this process does lead to answers that are not fully thought through? Surely easily fixed with higher base premiums - do we all want this if some of do not forget things? The second issue here is Fraudulent non-disclosure v. Innocent non-disclosure. I'm not sure how anyone can really tell the difference because does it not come to intent. OK this can be neutralised but does it not mean that premiums must surely increase across the board to allow for the increased claims burden? Leave the current law and practice as it is so that insurers do not increase premiums for everybody, not just those who might tell fibs.

Thank you for your comments.

Firstly I would like to contextualise your comments by pointing to the 35% increases in yearly profit to $24.7 Million, as reported by NIB today, I believe that insurance companies are more than capable of absorbing the costs of fulsome underwriting procedures.

Furthermore, I do not believe that in requesting more fulsome underwriting procedure that limit inadvertent or innocent non-disclosure that this will affect premiums. All I am asking here is an easy to read questionnaire that allows both sides greater transparency for both sides .

I argue that to allow insurers to invalidate claims on the basis of an innocent non-disclosure is ethically questionable. What in effect that permits is an insurer to invalidate a valid claim on a technicality of their own creation. As you will be aware the non disclosure does not have to be, as is commonly not, related to the claim. Why should a claim for a heart attack be invalidated on the basis you failed to disclose that you reported mild post natal depression to your doctor 20 years prior?

As identified in the article the unintended consequence of a greater scrutiny on mental health issues is the suppressing effect on people openness with their doctors. This is a wider social issue that should be the catalyst for this issue to be finally addressed by legislators after decades of inaction and delay.

Fair enough I suppose, up to a point. I haven't seen these financial results referred to including looking through their web-site for them but the 2016 results as shown on the Companies Office return shows premiums roughly $190 mio claims $116 mio insurance result $18 mio. Assuming they wouldn't want to prejudice investment income from their technical reserves this would mean an increase of say just 10% in the claims costs ($11 mio) would wipe out a big chunk, 60%, of the technical insurance 'profit'. If indeed there is a high rate of disputed non-disclosure claims getting to the Insurance Ombudsman Office I'd say any change to the rules as proposed must surely result in higher claims and therefore reduced 'profit' and I would think it certain that premiums would rise to meet the increased claims burden. I don't think there can be any assumption that an insurer will just absorb any increase in the claims costs which the different non-disclosure rules and non-disclosure policy exceptions might bring about as it must follow that if more medical (in this case) history gets truthfully declared that those assessing the risk will either exclude the condition declared or selectively increase premiums to deal with it. Or whatever they do now when things like anxiety or depression or chest pains are declared. I cannot see insurers, NIB or any others, not reacting with their premium costings. The easy to read questionnaire will certainly make it much easier for the risk to be more accurately assessed; I'd think this would mean more customers will have increased premiums than customers having reduced premiums because the current batch of non-disclosure cases (innocent or deliberate) will have valid claims and surely the overall premium pool will need adjusting upwards. If the increased premiums are only for those with an identified increased risk fine. But sometimes some insurers tend to favour flat premiums across the board for expedient processing.