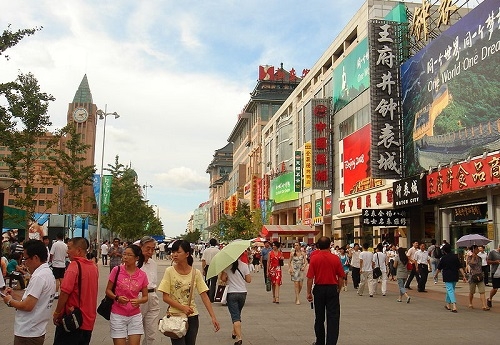 It’s a given that China will continue to be a growth market for some time to come.

The level of uncertainty that comes along with this growth package makes even the most seasoned multinational enterprises engaging with the Chinese economy feel uncomfortable.

Learning the culture and language can be daunting. But as it turns out, they are among the more manageable tasks in this changing competitive landscape.

In this changing landscape three forces are juxtaposed:

Despite all the talk of China opening up for foreign participation, the policies introduced are often hard to comprehend from a non-Chinese context.

Second, the pace of change in consumption patterns is fast by any standards and in particular for a large populous country.

This means that foreign players have to adjust their business models more frequently to keep increasingly sophisticated Chinese consumers loyal, if at all achievable.

Foreign companies can get caught if they aren’t sensitive to such issues. For example, Nike was caught providing false information on its online advertising. That led to the error being publicised on national TV, potentially damaging the company’s reputation.

Third, local players have upped their game, not just in China but also internationally.

With the rise of local Chinese players, a lot of foreign players in China are struggling to keep their margins up.

And of course, keeping margins up means prices that are commensurate with quality products and services. Otherwise foreign players may find themselves in an anti-competition situation with the Chinese authorities.

With such strong competition, foreign players are increasingly customising for the Chinese market.

In a multinational enterprise context, customisation for individual markets is often less efficient.

But it can still be effective in a large market such as China.

Microsoft, for example, has made a customised version of its new Windows 10 software for the Chinese government. The customisation is necessary due to Beijing’s heightened security demands on technology use.

Amazon is finding it tough to implement its Prime delivery membership scheme in China, as competitors such as Alibaba and JD.com are providing either free delivery or delivery with additional perks.

In a nutshell, free delivery is not a selling point in China any longer. The rules of engagement have changed.

Starbucks has customised its governance structure in China and has been one of the few major successful foreign multinational enterprises in China.

However, Starbucks has incurred major costs since entering China and has only now found a way in by being socially active and sensitive to the Chinese culture.

Foreign direct investment into China hit US$65.6 billion in the first half of this year, making it likely that the 2017 figures will surpass those in 2016—US$118 billion.

The service sector accounted for 70.2% of the total FDI in the first half of this year.

This is becoming the battlefield as margins are still there. Multinational enterprises are also moving into more customer support services to justify higher prices than their Chinese counterparts.

Manoeuvring within the complex triangle of changes around regulations, consumers and competitors is delicate.

In among the mix is also the need to bear in mind Beijing’s wishes around the One Belt One Road initiative, Made in China 2025, free trade zones, priority investments, and the upcoming Social Credit System (which will make it compulsory for foreign players to submit data to the authorities).

The Chinese market has never been an easy one to conquer, and does not look like it will get any easier even with our current understanding of the market.

*Professor Siah Hwee Ang is the BNZ chair in business in Asia and also chairs the enabling our Asia-Pacific trading nation distinctiveness theme at Victoria University. He writes a regular column here focused on understanding the challenges and opportunities for New Zealand in our trade with Asia. You can contact him here.

Interesting points about Starbucks. The company has already done well in Japan mainly by focusing on the "experience": smoke free, comfortable surroundings, attractive and different drinks that appeal to younger and female customers in particular. The business model has spawned local copy cats and forced local competition to up their gain. In the case of Vietnam, Starbucks have also focused on the experience: customers will go primarily to experience the global brand experience even though price points are much higher than most local cafes.