Peter Dunne picks his politician of the year. It's not the person you would expect

Peter Dunne picks his politician of the year. It's not the person you would expect 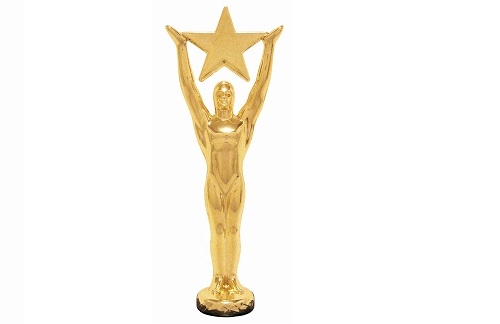 In keeping with the beauty parade approach many of our commentators take to reporting politics - I could hardly say analysing, because so many of them are incapable of doing so - this is the time of the year when they accord their accolade to the "Politician of the Year". Generally, their awards go to politicians who have made the most noise, provided the most entertainment, or been the greatest media favourite. Rarely does the politician who has made a real and constructive contribution to improving governance, or enhancing the conduct of public affairs generally, get a look in.

If the latter yardsticks are applied, there are three definite candidates, and possibly two others, worthy of consideration this year. In no particular order they are Jacinda Adern, Bill English and Andrew Little, with James Shaw and Te Ururoa Flavell in the latter category.

For many, Jacinda Ardern will be the stand-out candidate. After all, in the space of 10 months, she has gone from being a relatively obscure list MP, to her victory in the Mount Albert by-election, then Deputy Leader of the Opposition, then Leader of the Opposition, and finally, thanks to favourable coalition mathematics, the country's youngest Prime Minister. Along the way, she rescued the Labour Party from a near terminal state and evinced a certain star quality. An impressive year, to be sure, by any standards, diminished a little by the so far unsteady start her Government has made.

For Bill English, this has been a bitter sweet year. His successful transformation from long serving Deputy Prime Minister to Prime  Minister in his own right, a position for which he seemed forever destined but somehow never able to achieve, was smooth. He fought a superb election campaign on behalf of the National Party, leading them to almost the same numerical position they were in 2011 and 2014, a remarkable outcome after three tough terms of government. But he fell at the last hurdle because of National's lack of viable partners, so returns to Opposition, although with the consolation knowledge of data in recent weeks showing that his vaunted social investment policies are starting to have a positive effect on the most vulnerable in our society.

And then there is Andrew Little, the man who saw his stocks as Labour's leader fall so low, he felt obliged to stand aside just a few weeks before the election in what would normally have been a death knell for his party, but instead heralded the dawn of Jacindamania. Rather than lick his wounds and retreat to oblivion, he seemed to take it all in his stride, and has now re-emerged in key Ministerial roles, and is likely to become the leading face of social reform under the new Government.

James Shaw is also a contender. After all, his rescue act of the Green Party after the Turei fiasco was remarkable, although as co-leader he has to accept a measure of the blame for the inept way in which the whole situation occurred and was handled subsequently. Also, he appears to have passed up a potentially historic opportunity to re-position the Greens as a credible long-term party of influence on both Labour and National by refusing to entertain the possibility of working with National in a National/Greens coalition after the election. However, he has made a solid and mildly impressive start to his Ministerial roles and will remain one to watch.

Finally, there is Te Ururoa Flavell, a gentle, dignified man with a deep-seated passion for Maori development, with much to be proud of in terms of his and his Party's contribution to government over the previous nine years. He is a genuine quiet achiever, who felt his loss in Waiariki incredibly deeply. Parliament will certainly be the worse for his absence, with Maori likely to be the biggest losers, but that is the reality, which counts against him.

So, it comes down to Ardern, English or Little. Ardern, despite an incredible year, remains basically untried, while English is too tried and tested. That leaves Andrew Little as politician of the year - a selfless man of dignity, humility and an ultimate commitment to the greater good, someone whose contribution to good governance is likely to be significant (and substantial) over the next few years.

*Peter Dunne is the former leader of UnitedFuture, an ex-Labour Party MP, and a former cabinet minister.

I think Peter Dunne has been watching too many reality talent shows and fancies himself as a judge. This article says far more about him than about any of the unwitting subjects of his musings.

Te Ururoa Flavell may be the greatest man alive but cannot appear in a list of successful politicians of 2017. Otherwise agree - Andrew Little gets my vote too.

All of your comments are true,however runs on the board are more important and there are none yet,just reviews,surveys and the forming of committees and commissions of inquiries.

They have moved a lot faster on a lot of things than I ever thought they would. Jacinda could walk on water and you would but say "yeah the waters doing all the real work though".

Can you remind me what "runs on the board" did Bill English get in his whole year as Prime Minister?

Billy Boy stuck to his guns and never wavered. A great performance of self denial, media denial and reality denial.
His party has forever changed the face of NZ, has set poverty in concrete as part of the NZ lifestyle, meanwhile running a rockstar economy on borrowed and immigrants money.

For what it's worth, Peter - I reckon you are spot on.
His selfless actions recognised both the futility of his personal political situation and his genuine hope for the Nation. I hope Jacinda does him proud.

Fully agree. Little doesn't get enough credit for making that tough call to step down. His decision was the trigger that turned the whole party around.

Fair enough,thoughtful article. Agree Little demonstrated both courage and humility to step aside, in fact ironically, probably his greatest and most astute decision as Leader of the Opposition. But there it is. JA, a mere slip of a lass, then knocked complacent, conceited and careless National right off their oh so comfortable perches, in their Ivory Tower just before an election they had been thinking to win at a canter. Now if National hade been a good government for the good of most of the ordinary folk of NZ that would not have happened! JA to my mind provided both the catalyst and vehicle for an anti government vote that had been searching for exactly that. Don’t believe anybody else could have. She wins hands down!

The only good thing Little did was resign, the rest was awful.

Andrew Little did not do anything selfless, he saw his party polling badly and found a way for him to save his miserable skin. He stepped down prior to electoral defeat and did the deal to swing his union support behind Jacinda. That way if Labour lost it was Jacinda's fault and not the man who ran Labour into the ground. If Labour had lost he would now be muttering about political coups and apportioning blame.

But they won a very fragile coalition where Jacinda needs him involved, so he gets a nice big ministry.

Andrew Little is factional, left wing, special interest politician who acts strongly in his own interest.

I heard a really strange thing the other day, it is actually perfectly legal to be left wing. Who'd a thunk it, eh?

So a factional, right wing, special interest politician who acts strongly in his/her own interest isn't an issue either?

I have no time for Peter Dunne, and not going to waste my time reading the article.

Poetic, the loser of the year picks the winner.

Winston Peters is the politician of all time, considering that the Nats tried to bury him six feet under several times and yet he still survived long enough to bury them all together with the same spade while saving valuable plots of land for Jacinda to build new homes ontop of their old graves. Surely that should be the the new format for "Sustainability".

WP has been called political pus and he appeals to a demographic that is hopefully dying out, literally, but there is no doubt in my mind that he is the politician of the year. Taxinda, the accidental prime minister owes everything to him.

I don't think NZ First supporters are dying out though - see here: https://www.stuff.co.nz/national/politics/97917491/these-are-the-voters…. To quote directly from the article "There is little evidence that age is a factor in support for NZ First, despite the widely held belief that the bedrock of their support is with the elderly." Places with low incomes and relatively large Maori populations enjoyed higher support for NZ first.

Sore losers be all sore

True, Dunne is a sore loser and couldn’t bring himself to nominate the man he evidently dislikes intensely despite that man being a political winner. This is not school with participation awards. The win is being in power and WP is there, albeit hopefully not for long enough to stuff our country. It must be tiring having 46% of the voting public give you no respect and the noise is growing not waning.

I agree and I know many young people in their early 20's and even younger that were voting for the first time and liked what NZ First stood for, especially when our young ones are just starting their careers and they have been locked out of home ownership by foreigners pushing up asset prices. They chose not to vote for Labour and their cheap student loan deals, even though they would have received help, but rather they preferred a more sensible option to even up the playing field and they were sick of the open immigration policy affecting their futures. They chose the middle ground. NZ FIrst support will be even stronger next election!

Peter Dunne,you,ve retired,go and do some fishing,you were a wasted space as a member of parliament.