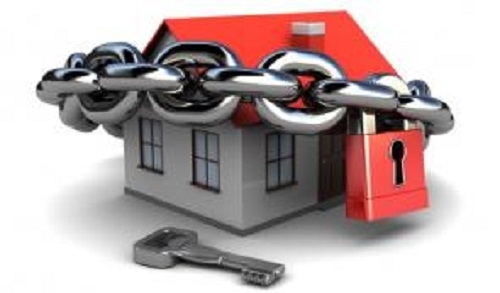 When asked whether they own their home or rent, some people with a mortgage like to joke that the bank really owns it. If you don’t make your mortgage instalment, the bank can, in the limit, take the house away.

It’s a tired old joke not just because it’s over used, but also because everybody knows how mortgages work.

But did you know that people who own Council bonds also sort-of own your house too?

Council bonds can be backed by rates. That makes rates-backed Council bonds very secure and helps Councils to achieve a lower interest rate on debt.

The reason that these bonds are so secure is in Section 115 of the Local Government Act. Ultimately, rates-backed bonds are guaranteed by the entire value of the property within the Council’s jurisdiction.

Why? In the worst-case limit, if Council failed to meet its bond repayment obligations, a receiver would be appointed. The receiver can impose an additional rate on all properties within the Council’s jurisdiction. The rate must be sufficient to meet the Council’s debt obligations and the receiver’s reasonable costs in running the debt recovery.

The increase in rates would be likely to be rather onerous on many taxpayers. If it were not onerous, Council would very likely have already solved its own problem by increasing rates to meet the contracted debt repayments.

Currently, rates deferment is often available for those on limited incomes or where rates payment would impose undue hardship. If normal rates deferment practices would interfere with contracted debt repayments under the receiver, property sales to cover the rates liability would be more likely to be used.

All of that would happen only as last resort. Prior to that, the government would be more likely to step in, appointing commissioners as it did in Kaipara-Mangawhai. And, we would hope, Councils would already have used every available opportunity to sell other Council assets rather than force homeowners into sales to pay the rates.

But if the bank owns your house because, if you don’t pay the mortgage, the bank can ultimately take your house, then Council bond-holders own your house in the same way. If Council doesn’t pay its mortgage, your house can be at stake.

And if we want to go really worst-case, it is not just your house that’s at stake. Unpaid rates, just like unpaid mortgage obligations, are debt. In some parts of the United States, mortgages are non-recourse: if the value of your house drops and is less than the value of your outstanding mortgage, you put your keys in an envelope and hand the house over to the bank to start over elsewhere. Here, mortgage debt follows you until it is repaid – or bankruptcy is declared.

Rates arrears take priority in a mortgagee sale. If the outstanding rates and the mortgage are together worth more than the house, that debt does not go away. More secure debt liabilities mean interest rates on debt are lower than they otherwise would be. But they also mean that those taking on debt obligations need to be careful. Debt requires discipline.

Ratepayers may be more used to thinking of ourselves as customers of Council, enjoying the services Council provides. We weigh those services against the rates we each pay to get some measure of value for money our Councils provide.

But we should perhaps pay a bit closer attention to our roles as final guarantors of Council debt.

There are a host of excellent reasons for Councils to use debt, just as there are great reasons for home buyers to get a mortgage rather than attempt the near-impossible task of buying a house without getting a mortgage. Debt spreads the cost of a long-lived asset over the life of that asset. Houses, and infrastructure, can have a lifespan of decades or longer.

Debt financing for those long-lived assets is sensible – though we might wish that Council would be quicker to recycle capital by selling assets where appropriate to fund new acquisitions. Bonds timed to the life of long-lived infrastructure can be a very reasonable way of funding infrastructure. But sitting in the background is an assumption that the infrastructure funded by debt passes a reasonable cost-benefit assessment and that ratepayers support the project.

The government has proposed expanding local government’s remit by restoring the ‘four wellbeings’. I expect New Zealand could do better with a more localist turn, with more things being done at a local level. But greater power for Councils means a greater burden of responsibility for ratepayers.

Each of us, as ratepayers, need to keep an eye on whether debt-funded projects make sense. Debt for necessary infrastructure enables growth and helps ensure a sustainable ratings base in the future. Debt for giant stadiums that have a history of not really meeting expectations either for revenues or for broader economic benefits might be riskier – and doubly so when the supporting analysis is not provided to ratepayers. And regular use of debt for business-as-usual operations is hardly a good sign.

The joke may be on ratepayers if we do not pay attention.

*Eric Crampton is chief economist at the New Zealand Initiative.

In Auckland, I sense that the Council is well on its way to the end described above. Its debt is maxed out.
And it is already selling off assets even before interest rates have increased at all! Additionally, it is committing its ratepayers to more and more expenditure and the consequent rates rises 2.5% next yr, 3.5%, 3.5% in future years (which could be revised upwards) plus some of which is hidden in the targeted rates, fuel tax and development contributions.

So many incompetent projects here in Christchurch.

Very interesting but I take heart because after the GFC the Banks got bailed out so I guess in such circumstances the people could demand a Government do the same!

Auckland is a classic example of how population growth is failing the country. Business is booming, construction activity is on multi-year high, tourism footfall outgrows its own record year-on-year, but the council still can't make nearly enough to keep up with the exponential growth.

We wouldn't have these troubles if we came up with a plan on population and expansion before throwing the door open.
The councils in major regions have failed to capitalise on record migration due to sheer mismanagement of opportunities and also because our lawmakers (Nats and COLs) are absolutely clueless that economic growth in developed country should come from quality migrants adding value and not just blindly increasing the headcount of our labour force.

All well and good to espouse being more alert, but local and regional Councils are generally the very worst kind of political bureaucrats - utterly deaf and blind to their constituents protests against their spending attitudes. In Whanganui the sewage plant is a classic example, where the council engineers ignored critics comments about their plan. Criticism that ultimately proved to be correct, and the elected Council only listened to their engineers and selected consultants, and it is the rate payers having to pick up the bill to fix it. no one went to prison!