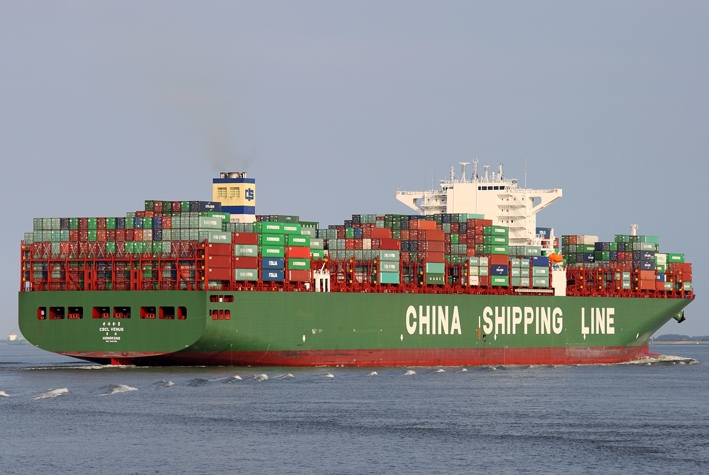 *This article comes from DCReport and is used with permission.

Donald Trump promised to put America, and especially American workers, first in every decision, but his actions make clear that he is pursuing a strategy of Make China Great Again.

Compounding this, Trump’s gratuitous antagonism of our friends like Canada and Britain may well lead to a new system of global trading in which the U.S. and its workers are left out in the cold. On his way to Singapore, Trump tweeted that Justin Trudeau, the Canadian prime minister, is “very dishonest & weak,” infuriating not just Canadians but European political leaders as well.

On May 11, Trump tweeted about working with the paramount leader in Beijing “to give massive Chinese phone company, ZTE, a way to get back into business, fast. Too many jobs in China lost.”

During the presidential campaign, Trump promised that his every decision would be to create more American jobs. He blamed China for costing millions of Americans their jobs and vowed to get tough on the communist regime. Not once did Trump so much as hint that he was worried about saving jobs in China.

ZTE, China’s second-largest telecommunications equipment company, makes mobile phones that our military says can be used to spy on people. Because ZTE, in which the Chinese government has a substantial ownership interest through other state-owned companies, violated trade embargoes and sold mobile phones to Iran and North Korea, the Trump administration barred its purchase of mobile phone parts from American suppliers.

Trump reversed that action after China agreed to loan half a billion dollars to a Malaysian resort complex with numerous Trump-branded properties. If the loans are paid back, China will profit from its subtle bribe to Trump.

Now Trump’s aid for ZTE and Chinese workers is getting pushback from a most unlikely source: Senate Republicans. They plan to vote this week on restoring a ban on ZTE buying mobile phone components from American suppliers.

That Trump is for sale to China is much more than a story of his venality and violating his oath of office in the ZTE case. It is just one aspect of a much larger story revealing how Trump is helping China at the expense of American workers and investors. Whether Trump does this intentionally or because of his appalling ignorance matters not at all to those Americans being harmed.

Consider a story that is all over the news in Asia but gets little attention from America’s most influential news organizations. It reveals that Trump has done more than any other American to diminish U.S. influence in the Pacific and promote the expansion of China’s business, diplomatic, economic and military influence.

Let’s start by asking a question I put to scores of audiences during my exhausting lecture tours over the last two years–what is the RCEP?

Don’t fret if you have no idea. Neither does hardly anyone I have asked that question from Seattle and Los Angeles to Miami and Manhattan.

The RCEP is China’s plan to create an economic trading zone among 15 western Pacific countries plus India. By design, the U.S. (and Canada) are excluded. That’s because this plan is about China asserting its economic leadership and perhaps eventual dominance over the region.

America had a competing plan called the Trans-Pacific Partnership or TPP. The TPP consisted of a dozen Pacific Rim countries, but by design excluded China.

I was one of the earliest and most prominent critics of the TPP because it would give too much power to corporations, encourage monopolies and diminish some human rights. That said, the TPP could be fixed—and needed to be fixed because of its other central purpose. The TPP was designed to restrain Beijing’s growing influence in business, cultural, diplomatic, economic and military activities. With America in the TPP, our influence would endure.

Trump killed the TPP more than a year ago when he assumed his first-ever public office. He did nothing to replace it. That created an economic and political vacuum, a vacuum that China’s communist leaders have been working overtime to fill to their advantage.

The RCEP is one of the most important economic stories in the world. It will affect almost half of global economic activity when the negotiations are complete, which may take several years. Based on that fact alone you might think the RCEP would get serious, perhaps even intense coverage, at least in the business press.

Obama was still president the last time that the RCEP got a mere mention in The New York Times.

The last substantive mention of the RCEP came just days after Trump won the Electoral College. The RCEP was cited in the 23rd paragraph of an article, which ended with the reprinting of a letter from America’s ambassadors to China, Japan and four other Pacific outposts.

The Washington Post has hardly done better. It last mentioned the RCEP in the final two of eight items in an April opinion piece from Bloomberg, the business news service.

The RCEP has been mentioned exactly once in The Los Angeles Times, in a prescient article four days after Trump took office.

The lack of follow-up stories is surprising given how much of the Southern California economy depends on trade with China and other Pacific Rim countries, and these telling words by reporter Jessica Meyers:

“The move delighted Beijing, which no longer needs to worry about a U.S.-led deal [that] Chinese officials saw as an attempt to undermine its rise. These leaders now have a rare opportunity to tilt the geopolitical landscape and promote an agenda more aligned with China’s goals for global trade. If China is required to play that leadership role, then China will assume its responsibilities,” Zhang Jun, head of the Chinese Foreign Ministry’s international economic affairs department, told reporters on Monday.”

America’s premier business newspaper, The Wall Street Journal, has provided much more coverage, although the acronym RCEP was buried in the 10th paragraph of an April 28 story about the “U.S.-China Trade Spat.”

Trump’s many actions helping China grow its economy at America’s expense should be major news because they contradict his campaign and inaugural promises to make America first in every action.

In contrast to the paucity of coverage by American news organizations, the RCEP is all over the news of western Pacific countries.

When I was lecturing in Australia last fall even the chambermaids at my hotels knew about the RCEP. They told me–as did others I interviewed–that with Trump withdrawing from the TPP, Australia had no choice but to pivot away from Washington and toward Beijing. When I reiterated this story in a New York City lecture last week the only Australian in the room said my observations were spot on and wondered aloud why Americans know so little about the RCEP.

Australia may not at first blush seem all that important. But keep this in mind–Australia is America’s most dependably loyal ally and has been since the end of World War II. Every time we send troops in harm’s way the Aussies back us with their own soldiers.

The RCEP had no chance of helping China dominate the Pacific so long as America pursued the Trans-Pacific Partnership. But now Trump has abandoned the TPP and China’s plan is ascendant.

Trump talks America First, but his actions are China First.

*David Cay Johnston is Editor-in-Chief of DCReport and a Pulitzer Prize winning US investigative journalist. He featured in this interest.co.nz video interview earlier this year. This article is used with permission.

Mark the year 2035 in your diary. It will be a tipping point.

The main thing to wonder indeed is whether Trump is failing this badly out of pure ignorance or because he's hopelessly compromised because of prior business dealings.

It's almost certainly both. Trump is compromised by Putin and others. Not many still doubt it. But the fact remains the obese orange-faced imbecile is so financially incompetent he somehow mismanaged his own casinos into bankruptcy. Think about that: casinos! It's like inheriting a money factory and then going broke.

Trump is a spoiled little Richy Rich trustfund kiddie who has never done a day's work in his life, honest or otherwise.

I am still struggling to get over the document ripping thing, he just can't help himself. Think of all those poor archivists!

If you look at his actions in the middle east I'd say he's more compromised by Israel.

Pretty sure China has been doing pretty well up till very recently.

There is one planet, containing a limited amount of resources - be they finite, renewable or sink. We are exponentially-growing the draw-down of every resource, many are collapsing (global fish stocks, old-growth timber) and all are of worsening quality. This is because we choose the best, first - the next is always the next-best, the options always sequentially-worsening. Oil is down to fracturing rock and applying ever-increasing amounts of energy to extract the next barrel. Copper now requires 400 tons of 'overburden' to get at one ton of ore - and it's getting worse.

At or about the mid-draw-down point, as we are now, there is only one 'doubling-time' left. That's all the last half of something being hoed into at exponentially-increasing rates, ever gives you. At 3%, that's 24 years left to planetary exhaustion. It won't play out like that, of course, but America can't replace her infrastructure in the remaining time, so has physically peaked and will decay.

So too, probably, will China - they gave it a big heave but they timed their sprint too late. India won't even get there. And the Third World will increasingly run from population overshoot and resource degradation, requiring ever-bigger fences and detention facilities. Don't blame them - it's us that took their resources from them....

Can the elite - and Trump is all about the elite, not about nationalities, a point most people miss - outlast the masses as we approach the physical Limits to Growth? No. Gating your community doesn't work, as the fall-out shelter story proved. And with no historical empire - they've all collapsed after hoovering-up the neighbouring resources - has the elite been shown to be the surviving class.

What we will probably see is a scrap over 'what's left'- ironically using national armaments but in elite hands. And that says China vs the US, the rest choose your partners. Rather than touting ourselves on the world stage, it's time we became invisible....

We all know how Trump admires and likes to kowtow to dictators, here's an interesting article from the BBC which sheds light on such behavior: How Do Dictators Survive So Long?
https://www.bbc.co.uk/programmes/w3cswqt1