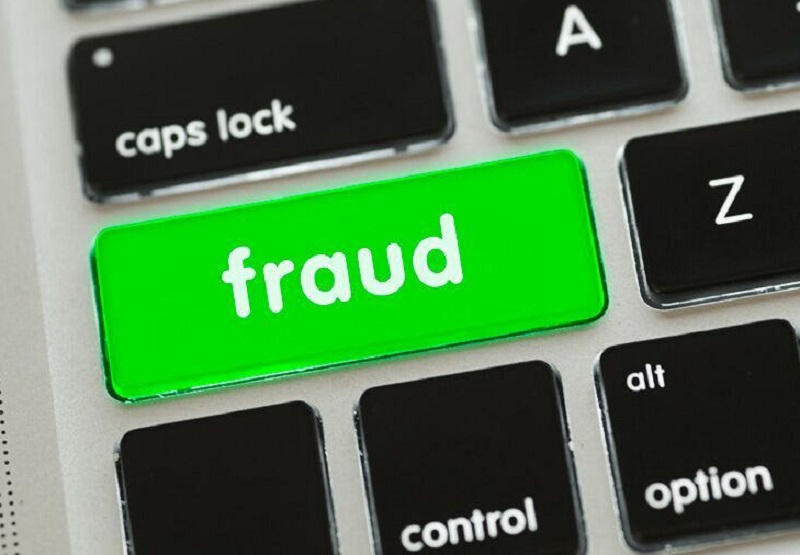 I would humbly like to make a suggestion to the folk at the Reserve Bank (RBNZ) and Financial Markets Authority (FMA).

If you haven’t already done so, take a break from studying the PR-ed essays the banks have given you to prove their conduct isn’t as dodgy as their Australian parents, and investigate the circumstances around a $54 million mortgage fraud case that’s going through the High Court.

The trio’s ringleader (Kang Huang) was in February sent to jail for four years and seven months, having previously admitted to his involvement in the scheme.

Meanwhile a fifth person accused of being involved (Peter Cheng) - a former ANZ employee - fled the country in 2015 before he could be arrested.

The group’s scheme saw 57 fraudulent mortgages processed - about half by BNZ, half by ANZ and one by another bank that has name suppression.

The bankers received kickbacks in the hundreds of thousands of dollars for processing the loans.

Yet in order for the SFO to convict the trio on certain points of law, it didn’t have to do a deep dive into banking practices and culture.

Bank scrutiny in the trial

The trial saw a representative from each of the three banks implicated explain their banks’ lending processes at the time of the offending, mainly in 2012 and 2013.

Yet it wasn’t necessary for the bank staff who processed the fraudulent loans to be scrutinised in court, as a part of the SFO’s case.

The only point at which there was some debate over whether this was necessary, was in the SFO’s argument to prove that “deception” played a “material part in inducing the creditor to provide credit”. In other words, the fraudulent documents, lead to the group receiving loans.

Yet Justice Sarah Katz was satisfied the bank representatives’ evidence sufficiently proved this was the case.

“The bank witnesses emphasised their reliance on a relationship of trust with loan applicants when considering lending applications,” she said in her ruling.

“Each of the bank witnesses gave evidence to the effect that a loan application would be rejected if the bank was aware that the documentation or information provided during an application had been deliberately falsified.”

While the representatives from both BNZ and ANZ explained this to the court, they couldn’t point to exactly where in the banks’ policies this protocol was noted.

Nonetheless, the point is, a more thorough investigation into banking practices fell out of the scope of the case.

Only around 10 pages of Katz’s 212-page ruling dealt specifically with the bank representatives’ evidence.

Given the resource put into the case, the SFO would have an intricate understanding of the weak points in the systems that enabled ANZ and BNZ to approve 56 loans, valued at an average of nearly a million dollars each, over a couple of years.

I am no privacy law expert, but I suspect some of this information could be shared with the FMA and RBNZ.

I believe the case calls into question both the culture within banks and the protection whistleblowers have.

Surely some of the former BNZ and ANZ staffers’ colleagues would've known what they were up to. Did these colleagues report them to their superiors?

And if they did, was the culture such that Jiang and Cheng were reprimanded, or was a blind eye turned to the situation, as all the loans being written were generating revenue?

What’s more, if the bankers were reprimanded, were they just quietly pushed out of their organisations?

After finishing up at BNZ, Jiang went to work for another bank that has name suppression. What sort of reference did BNZ give his new employer?

His Facebook page also indicates he had previously worked at ANZ and Westpac. Had he been up to similar antics there?

If he had, word of his misbehaviour hadn’t been passed around the banks.

New Zealand is small enough that I would suspect that in most industries, if you made a major muck-up, you would get a big black dot next to your name, which others in the industry would find out about.

These are all issues the RBNZ and FMA could explore; using this case as a basis.

My guess is that the banks would tell the regulators they have tightened their lending policies since the time of the offending.

ANZ confirmed this in its victim impact statement read out when the group’s ringleader was sentenced.

I imagine banks would also say that their lending has been constrained by the current loan-to-value ratio restrictions in place, which require property investors to have a 35% deposit.

While these are fair points, what’s to say that when market conditions and regulations change, banks don’t once again go gung-ho with their lending?

Another point banks might make is that if the sorts of issues brought to light by this mortgage fraud case were systemic, the defence might have focussed more on this in its case - but it didn't.

The former BNZ banker’s lawyer, in her opening statements in the trial didn’t allude to mortgage fraud being commonplace. Rather, she pointed out how busy Jiang was at work, and the “pressures” imposed on him by the bank.

While we will never know whether Jiang would’ve acted differently had he been in a different work environment, the SFO will no doubt have useful insights into how his work environment affected him.

So, if the RBNZ and FMA have the choice of looking at spin curated by banks’ legal and marketing teams in isolation, or in conjunction with concrete evidence of where things have gone wrong, I hope they go for the latter.

" you would get a big black dot next to your name "
That only applies to customers ( who are really just input components to a product) who have the audacity to challenge their banker.

During the time that things were really hot in the property and mortgage market, friends and family of mine, in the banking industry would tell me about colleagues who would brazenly tell them about how they would obtain false income statements on behalf of students and foreigners with less than adequate income in order to speculate with property. They are no longer with these institutions as far as my knowledge goes.

The problem is that for those staff members, and the countries that they are from, these dishonest practises are commonplace. They bring their ways along with them and because we are not looking for the fraud that they commit... we don't always notice it or have systems in place to prevent it.

It is time to realise that our doors are open to the world and that sadly, we cannot do business on a handshake anymore.

Anyone who calls these people from other countries out on it is instantly labelled a racist though.

Just an inconvenient truth for the PC brigade perhaps.

Sometimes them. But sometimes those who don't give a murine posterior about PC but are dedicated to having house prices go as high as possible.

If the bank is a henhouse and hiring employees that look like foxes, sound like foxes and were bought up by other foxes in fox-land - and then expect none of the chickens will to go missing.

Forget the Wolf of Wall Street. Peter Jackson needs to make a The Henhouses of Howick

Something that stuck out for me in the reports on this case were the defence teams' saying they were going to submit a cultural practice statement (may have been called something slightly different) with the intention that this would show that culturally what they were doing was accepted practice. How that fits as a defence approach under NZ law is utterly baffling - ignoratia juris non excusat and is not trumped by overseas questionable cultural practices.

Then why don't we just ignore any and all laws and start doing what we like - oh hang on.....

That comes across as maximising billables by exploring any and all possible avenues rather than anything else.

NZ, small and agile and capable of getting the job done when it needs doing - The job we need done is a real investigation of our exposure to this banking culture.

The US sub-prime saga would have been followed up by a 30 minute discussion here to decide if we were at any risk of the same practices, easy answer - not here.
Our cousins and sometimes heroes across the ditch will have inspired kiwis to defraud the system and profit from the property obsession. We have to uncover it by any means necessary.

It is neigh on impossible to press criminal charges in what the police deem a civil matter. Furthermore the benchmark is set so high by the SFO, that they wont investigate 99.9% of fraud cases. Therefore an enormous amount of fraud slips through the net.

My experience is that in most cases the perpetrator is moved on quietly so as not to damage the businesses "brand". Losses are buried, and customers are unaware of the incident. The individual is then free to cause havoc with the next employer.

Yes when some very embarrassing thing like this occur in a workplace the first and foremost actions are to keep it in-house. At all costs. They may even have given glowing references for the perp to move on!
The interesting thing about this case is how vertically integrated this corruption chain was. A complete corruption system was imported into NZ.
What we need now is for it to be exported out of NZ.

This isn’t something new uninterested. This is the modus operandi followed by business for decades. The police, sfo, and state are well aware yet bury their collective heads in the sand.

In my mind this barely qualifies as fraud, at least as explained. The banks lent money for genuine property but simply at a lower rate, albeit through using fraudulent documents. Why are the tax payers acting as enforcement agencies to protect the banks from loopholes in their own sloppy systems? The banks should surely have had to fund any recovery out of their own pockets. As pointed out above SFO and police aren't interested in everyday cases of citizens or small businesses being actually stolen from and yet the big banks only need to click their fingers....