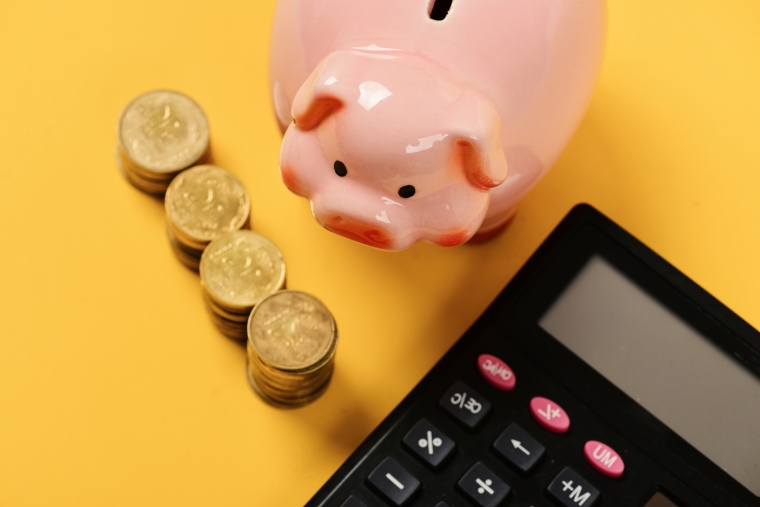 [This is Appendix 4 of a paper entitled Taxing capital income in New Zealand: an international perspective which is available here.]

These distortions are substantial, even at low inflation rates.

In March 2016, New Zealand households held various types of interest-earning securities worth $156 billion.47 In that year New Zealand households paid tax on more than $1,500 million interest earnings for every 1 percent inflation because the inflation component of interest earnings were taxed. Foreign entities interest-earning securities worth an additional $246 billion. The interest on these securities is only taxed lightly by the New Zealand Government, in the form of a small withholding tax levied on foreign lenders. The fraction of the interest paid on these securities that can be deducted from taxable income by firms is not precisely known. Households had liabilities of $184 billion in March 2016, but not all of the remaining $218 billion balance may have been deducted by firms.

Nonetheless, because New Zealanders borrow so much from foreign entities, and because so little tax is collected from these entities, it is possible that the value of the business tax deductions exceeds the tax payments made by households and foreign entities. Eliminating the deduction of the inflation component of interest earnings would have reduced the tax deduction claimed by residential landlords on their $62 billion debt by $600 million per year alone. For this reason, if the New Zealand Government were to start taxing real interest rather than nominal interest, the fiscal cost might not be very great, and the reform could even be fiscally positive.

What would be the consequences of no longer taxing the inflation component of interest? There are five considerations.

1. Capital resources might be reallocated within the economy, due to the reduction in the tax incentive to live in large houses or to pay artificially high prices for property. The reduction in the subsidy for debt-financed business may reduce investment in some business sectors and reduce the price of assets in those sectors. There may be a reallocation of investment towards assets that are less amenable to debt financing.48

2. After-tax income would be redistributed away from the owners of debt-financed businesses towards lenders. Since domestic lenders are disproportionately older, less sophisticated investors, many people may consider that this will improve equity.

3. Property prices are likely to decline and rent/price ratios should increase. Home-ownership rates are likely to increase, but the effect on welfare is ambiguous, depending on the supply elasticity of land (see paragraph A3.4).

4. There will be a change in government revenue. This may be modest given the reduction of revenue from savers will be offset by an increase in revenue from debt-financed businesses.

5. There will be an increase in the complexity of the tax system. Most of the complexity occurs because the depreciation allowances claimed by business are not adjusted for inflation, and these adjustments are complicated. (Indeed, it is often argued that one of the attractions of taxing income on an expenditure basis rather than an income basis is the substantial reduction in compliance costs because investment expenses would be immediately deductible and would not be subject to incredibly complex deduction rules.). In contrast, Elkins (2007), based on the experiences of Israel, suggests that compliance costs may be modest. Since the government has already substantially simplified the process of claiming depreciation allowances in the residential property sector, this issue bears reinvestigation.

Few countries around the world explicitly adjust interest income for the effects of inflation. However, the issue is more acute in New Zealand than in many other OECD countries, for many of these countries offer their citizens retirement-savings schemes that are taxed on an expenditure basis. As real interest income is taxed at the appropriate statutory rates when income from interest-earning securities is taxed on an EET basis, the tax advantage of owner-occupied property relative to interest-earning securities is less in these countries than it is in New Zealand.

On balance, it appears there are few good reasons for taxing the inflation component of interest income and receipts, except for administrative convenience. The policy is likely to lead to higher property prices, a misallocation of investment patterns, an excessive use of debt-financing, and a redistribution of income from low-income young households and from unsophisticated investors. The revenue raised from this policy may not be large. If the administrative difficulty of exempting the inflation component of interest income from tax are not high, there is a strong prima-facie case for changing the tax basis of the tax system so that real interest income and receipts are taxed.

If there was ever a good time to implement such a change, surely now is it? With the CPI heading down (which I guess is how Coleman would classify Inflation although the RPI might be better suited. Publish one number, once a year in March for taxation calculations.) and nominal interest rates ahead of that, the impact would be minimal, as suggested.
Let's do it! to quote our elected Leader. It's a start.

We also allow debtors to offset the inflation component of interest they have paid even though they get that money back when they sell the asset. Forget CGT, fix this issue first.
I'd say a fixed 2% inflation offset should be applied to both savers and borrowers (that being the reserve bank's inflation target). Sure it might not be perfect, but it should be more accurate than the current 0% offset.

How do we allow debtors to offset the inflation component of interest..??
This is news to me ... I pay 5% on my mortgage and don't get any , socalled , offsets ..??

Lending at interest was considered a form of slavery in the Bible and in Islam. Debt jubilees (where all debts were forgiven) were applied every 50 years. The current CPI targets are a continuation of that policy (e.g. 2% CPI over 50 years erodes any debt to nil).

The Government is merely carrying out God/Allah's will and the above article is heresy.

For a borrower, the inflation component of interest payments reduces real debt and thus it should be counted as savings

Eliminating the deduction of the inflation component of interest earnings would have reduced the tax deduction claimed by residential landlords on their $62 billion debt by $600 million per year alone. For this reason, if the New Zealand Government were to start taxing real interest rather than nominal interest, the fiscal cost might not be very great, and the reform could even be fiscally positive.

I think the author has got this wrong,… I think his use of logic has taken him down a path…
How on earth does the inflation component of interest payments reduce real debt for the borrower….??
As a cashflow… paying 8% interest is just that, irrespective of the, socalled, inflation component.

I perceive inflation as a form of "monetary depreciation" ( which it essentially is ) , where it is the purchasing power of money ( store of value ) that declines over time as a result of money supply growth….

If money depreciates, then the Capital sum that lenders lend also depreciates over time and Hard assets appreciate vs money .

The question then becomes :
1/ Should a lender be able to apply a depreciation rate, to determine net income, before paying income tax. ( In tax terms, this would create a level playing field with other forms of capital investment )

The authors idea that I quoted above does not change this... He simply wants to reduce the amount of interest that landlords deduct.....
His flawed logic...will create distortionary outcomes..... in my view..
I think he has gone down the alice in wonderland rabbit hole… by using logic that is unmoored from first principle ideas…
( Either that… or I’m the one that’s unmoored ..!! )