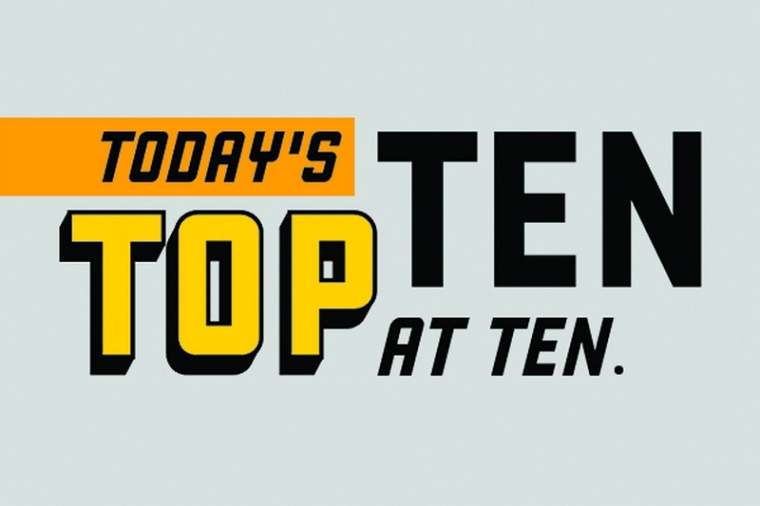 Today's Top 10 is a tongue in cheek post from interest.co.nz's own Greg Ninness. 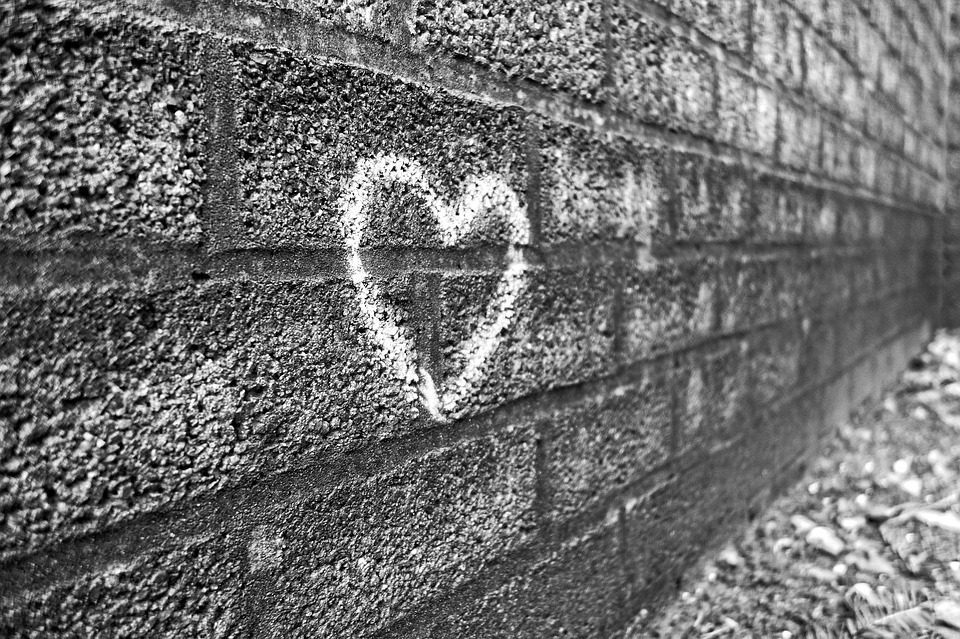 Few issues are proving as divisive for American and world opinion as US President Donald Trump’s proposal to build a wall along America’s southern border.

While much of the rhetoric has focused on cost or moral issues, what is missing from the debate is the potential for the wall to be part of much grander plan that could be transformational for the US economy and have wide reaching implications for the rest of the world.

Here’s my ten top things that Trump’s wall has going for it.

1. Whether you love it or hate it, in economic terms it’s just another piece of infrastructure. Constructing it will pump billions of dollars not just into the economies of America’s southern border states, but into other states where companies are based that are directly or indirectly involved in the supply of goods and services for the project. This will provide an economic ripple that will spread throughout America and help stimulate that nation’s economy. And when the American economy booms, the rest of the world usually follows.

2. The wall’s economic benefits won’t end with its construction.  The wall could be a catalyst for the development of a host of projects along its northern face, such as hotels, resorts and casinos, with their attendant facilities such as golf courses. Because of the difficult terrain along much of the wall, the resorts could be connected by a monorail incorporated into the wall itself. Travellers could be whisked to their hotels in the air conditioned luxury of first class bullet trains that would run along the top of the wall, providing unrivalled views of some of the most spectacular scenery in the world.

3. The wall will become a cultural icon. It won’t just serve a practical purpose. Artists from around the world could be invited to decorate it, while performance venues could be dotted along its base, along with street stalls and craft markets, making it a vibrant, lively recreational space. On a more sombre note, sections of the wall could be used as columbaria, allowing the ashes of the deceased to be interred into the wall behind memorial plaques, while wealthy families could have mausoleums built into or adjoining the wall. These features would likely see the wall declared a UNESCO World Heritage Site.

4. The wall won’t cost as much as people think. At the moment the wall is controversial, but once people start to realise its full potential, American corporations will be falling over themselves to sponsor sections of it, or for the ultimate corporate prize, naming rights for the entire wall. Individuals will be able to ‘buy a brick,” having their names stamped into the wall in certain places in return for a fee, as a way of playing their part in making America great again. These initiatives would considerably reduce the wall’s cost.

5. Mexico will also benefit from the wall. Once Mexicans see the huge economic and cultural benefits Americans derive from their wall, they will want one of their own and build it parallel to the US wall but about two kilometres south of it. The Mexican wall will provide welcome shade for the thousands of small businesses such as taco stands and brothels that will spring up along its southern flanks. President Trump was right when he said the Mexicans will pay for the wall. But it will be their wall, not the Americans' wall.

6. The big prize is not the wall itself. Once parallel American and Mexican walls are built, there will be a ribbon of land about 2-3 kilometres wide that will run from the Pacific Ocean to the Gulf of Mexico. But it won’t be a no man’s land. Citing national security concerns, the US will place the land under its protection and it will be controlled by a military governor appointed directly by the US President. It was be declared a tax-free special economic zone and have its own crypto currency, banking laws modelled on those of the Cayman Islands and company laws modelled on those in the US State of Delaware. Money will be able to be freely transferred between the US and this new protectorate, which pundits are already suggesting could be called Americana, Libertino or Trumptopia.

7. This new semi-state will very quickly become a major international banking and financial hub. Its tax free status, liberal banking laws, strict secrecy requirements and location on the US border will attract many of the world’s wealthiest individuals and corporations, while thousands of lawyers, accountants and bankers will also set up shop. Luxury residential and commercial development will take place on an unprecedented scale along the strip, which will become one of the world’s top glamour destinations.

8. Wealthy Americans will love the convenience of the new zone’s special economic status. They won’t even need to enter the new zone to conduct financial transactions. ATMs will be set into the wall on the American side, allowing them to transfer money in both directions, all under the strictest secrecy of course. And for those with more complex arrangements, special booths for financial advisers, will be built into the wall on the American side.

9. The new zone will be eco-friendly. The Rio Grande will run along much of its length, and it could be dammed, making the new zone self-sufficient in water with the added benefit of creating a superb recreational resource. All of the buildings in the zone will be built to 10 green star rating standard, meaning they will actually reduce global warming.

10. Much of the current opposition to the wall has been driven by the Chinese. The Chinese are afraid that the new American wall will take away some of the prestige of their own Great Wall, resulting in fewer tourists coming to their country. So Chinese hackers have been stirring up anti-Trump wall sentiment via social media. The Chinese should accept that their wall is old and falling to bits. It was built to keep out the Russians, but now that the Russians have bombers and missiles it’s become redundant. It’s time for something new. Once the Chinese meddling is exposed, Americans will embrace the wall and all of its potential. 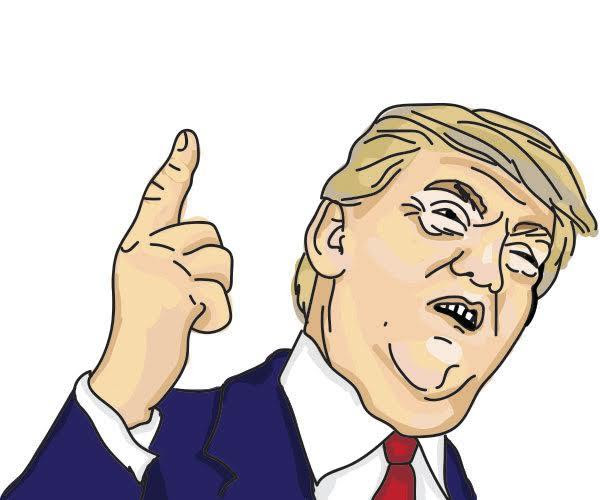 Many a true word is spoken in jest, Greg!

The efficacy of a moat is rooted in the number of crocodiles ya put in it.

At least in in case of New Zealand there are far too few and they seem to not have to worry about hunger as a motivating factor.

Due to the government shut down,they might have to change all the days on American calendars to April 1 ;)

I think it has become April Fools Year and decade...when half of a Yank Country, tries to Yank things his way, by voting a twitter in to "make america capitalistic again".

if only they could shut our government down, imagine the savings.

Contact the Whitehouse Greg, and get over there quickly. You're onto it.

If they build another Wall too across Canada and around the East and West Coasts, high enuff and the put Wall to Wall Carpet in it and Wall to Wall roofs divided into Housing Segments then they could Benefit from the Housing Boom and pay to House all refugees from the wars they instigated to make a Dollar our of Armaments and Fighter Jets and keeping the other Countries in crisis, there by enabling the Cost of the American Dollar to remain the controlling Dollar for to fuel those Tanks, Planes and Heavy Vehicles and Boats.

.When Americans Pump and Dump munny and other things around the World, "Lambasting "by Trump over a Wall to protect his Mob from Terrorists and others trying to reach Heaven on Earth...is surely their fault...not ours....even though we are also part owner of the Issue.

Wall to Wall people, living Harmoniously, would be nice.....Pretty Please.....Donald...

Then us poor sods can have a break...from the crap he talks....

Inflating his bleedin Ego is all Donald needs...OH!... plus re-inflating His Debt......and never paying his dues....on course, of course, is Coarse....he is not Presidential.....in any way shape or form.

Wall to Wall debt is all Wall Streets Fault.......not bleedin mine.

And that is my 11th Commandment....Today. to add to Greggs Coffee ...List.

It is with some urgency that i suggest we get our new migration measuring system to Trump now.
Maybe a wall is not required at all based on our system.

Yes indeed, get our ace people counters on the job!

They're the best people counters in the world!

They can come up with any figure you want!