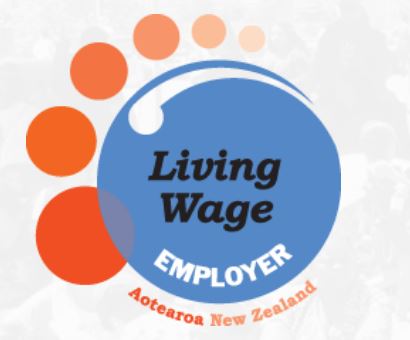 2019 is on track to be another solid year for our economy, but not everyone benefits equally in the good times and many families will have begun the New Year facing tight budgets.

Collectively, this is an issue New Zealand must address. If we are to truly succeed as a country, then we all need to succeed. However, there’s no simple solution. Rising to this challenge requires a multitude of small steps.

One such step we’ve recently taken is becoming the first New Zealand bank accredited as a Living Wage employer and we think it’s time other big businesses also consider this.

Essentially, the Living Wage is the hourly rate a worker and his or her family is deemed to need to pay for the necessities of life and actively participate in the community.

We’ve paid our own staff the Living Wage for some time, but – in line with Living Wage requirements – we are now extending that to key contractors, including commercial cleaners, security guards, catering services, maintenance workers.

In doing so, the questions we’ve asked ourselves are these: What is a fair rate of pay? Is the minimum weekly after tax wage of $564 enough to live on – particularly in the main centres where housing costs have risen rapidly, and; why should we pay these workers in our supply chain, who come into our business on a daily basis, less than we would pay our own employees?

These occupations are not highly paid, being generally at or near the minimum wage. The 2018 Living Wage is $20.55 per hour - $4.05 more than the minimum wage – so this change will mean a weekly pay rise of more than $100 in the hand for the roughly 500 workers, who provide these services to Westpac.

We believe this will improve their financial wellbeing and reduce pressure on their households - it might mean working one less day a week, allowing more time with family, being able to afford a new pair of school shoes for their kids, or being able to save for a holiday.

We think this is the right thing to do, but there will also be positive benefits for our business from happier and more productive workers.

While significant for Westpac and the workers involved, we recognise that this is only scratching the surface on a national level. There are over 200,000 workers in New Zealand on the minimum wage, many of them in contracted industries.

That’s why we think it’s time for more big businesses to consider whether paying the Living Wage makes sense for them. If more businesses came on board, the impact could be far greater.

The reality is most lower-income earners spend the majority of their income on essential costs, and increasing their wages could give them the spending power to make more choices with their money. Higher pay should also mean higher labour force participation, as more people outside the labour force are drawn back into looking for work.

We know this won’t be affordable for some businesses and each business will need to make its own decisions around the costs and benefits – but we’d urge those that can afford it to consider it.

In particular, we think it’s time for big business to step up. As we join Vector and AMP among corporates to become Living Wage compliant, we want to challenge and encourage others. The positives for businesses are obvious, including reputational enhancement and the benefits of a more committed and productive workforce.

But it’s tens of thousands of low-wage workers who stand to gain the most from earning the Living Wage. By empowering them to participate more fully in society, we would all collectively be helping grow a better New Zealand.

Yeah that's not going to happen, businesses will minimise wages as low as the market or legislation will allow them. They kind of have to, to compete with other businesses. It's simple game theory, the market is set by the most ruthless competitor.

Written by a banker; but given the tone could equally have been penned by a politician! Hang on.....

And of course Westpac will be increasing the contractor payments accordingly.

I was curious how much a living wage was. Glad to hear my staff are all earning a living wage, also glad to have finally put together a decent team after 6 months of filtering out meth addicts and other unemployables.

"We’ve paid our own staff the Living Wage for some time, but – in line with Living Wage requirements – we are now extending that to key contractors, including commercial cleaners, security guards, catering services, maintenance workers."

This is some of the dumbest shit I've read in a while. And bear in mind, skudiv has been quite active here recently.
So their idea is that they voluntarily increase the rate at which they pay for contractor services? How does this filter down to the person performing the task, given the majority of these workers will be operating through a 3rd party agency?
Virtue signalling BS.

I think Nymad you can be damn sure that a large organisation like Westpac will be all over its contractors to ensure and prove that the extra payments they will be making to those contractors to cover the costs are being passed down to the worker - even at a low level it's not hard for any banker to ask their local security guard or cleaner if they have received an increase, and if not that will filter up the chain very quickly to the long-term determent or termination of the contactor.

Okay, but that doesn't fix the problem.
As an agency you have employees providing security, cleaning, etc to a range of organisations, on a range of contracts.
Those ones servicing these other companies, do they also get paid the 'living wage' (whatever t he hell that means)? And how do they if the agency is competing on price, for these contracts?

And...If bob is getting paid $20p/h to do nothing in his security job at Westpac, but Susan is getting paid $18p/h at ANZ for, effectively, the same job doesn't that just facilitate inequality?

I take it middle income earners will also get a similar boost to acknowledge that they too are facing increasing living costs?

No way! They got there on privilege.
This is a way of putting that in check and giving them the effective pay cut they all deserve.

The LW proposal, applied to indirect staff, runs headlong into the bill-of-materials-explosion issue. An illustration:

The policy: every contractor to a LW-signed-up organisation must pay LW to staff. Sounds simple, right?

So does the LW apply to:
- the HC (they employ only 2 people to supervise this job, yet have a staff of 100) - LW 2, 100 or something in between?
- each of the five SC's (same distribution - 2-4 people on site for this job, 20-50 off site, employed by those SC's, on other work)?
- the hydraulic hose repairer (a contractor to one of the SC's)?
- the four diesel suppliers (contractors to each of the SC's)?
- the bitumen supplier's staff?
- the concrete pre-mix supplier's staff?

The example could be expanded almost infinitely (the lunch contractor to the SC's? the food suppliers to the lunch contractor? The processor. packer, transporter, grower of those foods? The truck maintenance firm for the concrete premix supplier?)

It's the most impractical suggestion one could possibly conceive.....

A single living wage for the whole country doesn't really make sense does it?
Accommodation is the biggest cost and that varies a lot throughout the country.

Maybe Westpac could lobby the government to cut back on immigration. That way eventually everyone will end up getting paid at least a living wage.

Maybe my “participation in community” costs need to go up so I can have a chat to my boss...