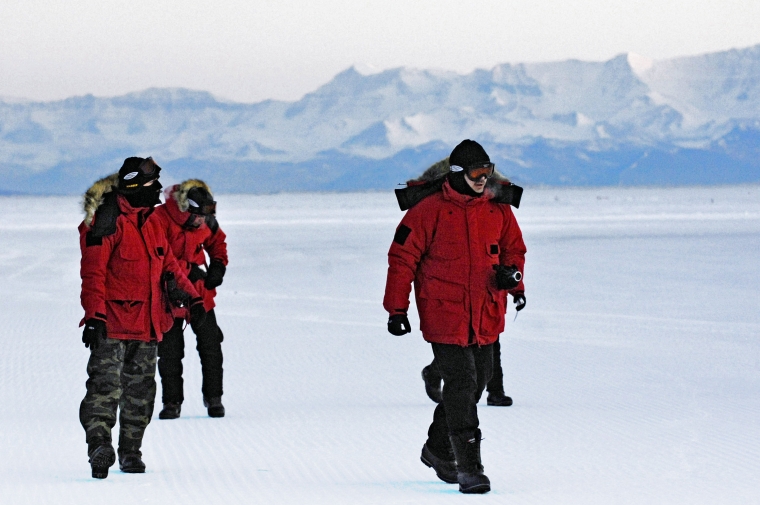 In case you’ve not heard, the big news this week is the start of the final season of Game of Thrones.  Oh yes, we also should hear which of the Tax Working Group’s recommendations the Government proposes to implement.

Judging from media commentary over the past few weeks “Winter is coming” would not inspire as much existential dread as “CGT is coming.” As I noted previously there’s much more to the TWG report than the taxation of capital gains. Just to recap, the group’s principal recommendations also included:

It’s a long list of recommendations which will potentially affect all taxpayers in some form or other.

But despite all of the above, attention will almost exclusively be focussed on how far the scope of capital gains will be extended.

Although three members of the TWG, Kirk Hope, Joanne Hodge and Robin Oliver do not support a broad-based capital gains tax across all assets, the entire group did back extending the taxation of residential rental investment property.  As justification the report noted[1] “the current approach to taxing rental income does not come close to taxing the expected total income from residential rental investment properties when capital gains are included.”

At the very least we should therefore expect residential investment property and second or holiday homes to be taxable on disposal.  This could include lifestyle blocks but not farms (although farmers should probably expect to see the TWG’s environmental recommendations adopted).

According to the TWG’s final report the initial impact of taxing residential rental investment and second homes would be an additional $50 million of tax in the first year.  However, this is expected to increase steadily reaching over $2.5 billion by the tenth year.

Apparently lost amidst the noise from opponents of an expanded CGT, is the Government’s direction to the TWG after the publication of its interim report to develop revenue-neutral packages of tax reform.  The TWG’s final report suggested four alternative packages[2] costing between $7.3 and $8.7 billion over a five-year period.  (Intriguingly, none of these packages included exempting the New Zealand Superannuation Fund from tax, a measure which alone would slash more than one billion dollars from the tax take).  A limited expansion of CGT will mean any such packages will probably need to be scaled back.

Next month’s Budget will be the first prepared using Treasury’s new Living Standards Framework. The Government may therefore want to hold back announcing specific details regarding implementing some of the TWG’s recommendations until then.

In reality, the intention to have any relevant legislation in place to take effect from 1 April 2021 does favour a limited expansion of CGT at this point.  With the general election due next year, probably in September, a bill incorporating the legislation for an expanded CGT would need to be ready by November this year. This would allow just enough time for the bill to go through Parliament enabling the Finance and Expenditure Select Committee (FEC) to hear submissions before being passed some time in June/July next year prior to the general election.

A potential difficulty for the Government is that the FEC is currently tied up considering submissions on the legislation relating to proposed ring-fencing rules.  These rules were intended to be operative as of the start of the 2019/20 income year, which for some taxpayers started on 1 November last year.

The problem is that not only are the loss ring-fencing rules (unsurprisingly) unpopular with residential property investors, the proposed legislation has drawn such heavy criticism for the (lack of) quality of its drafting, that Inland Revenue has apparently rewritten it entirely. The FEC is not due to report back on the loss ring-fencing legislation until June and it could be another couple of months after that before the legislation is enacted.

Meantime, Inland Revenue is about to shut down for a week as it prepares to launch the latest and most significant stage of its Business Transformation programme.  Although legislation and policy are distinctly separate from the daily operations of Inland Revenue, there is a sense that its principal focus at the moment is the Business Transformation programme.  Consequently, whether it is actually ready to draft and implement significant policy changes at this time appears questionable.

The dissenters to the majority opinion did so on the basis that the policy over the past thirty years of making incremental changes to the taxation of capital has “served New Zealand well”.  And another incremental change appears where we will ultimately end up.  At the same time, however, as David Hargreaves observed it means “as a country we obviously don't want to deal with the broader issues of taxation and taxing wealth.”  Which as David concluded is indeed a little depressing.

Taxing of lifestyle blocks might be interesting. If it hits those who have either claimed gst and/or are claiming tax losses from their so called 'farm', then karma. For those that did neither, one would expect they will be treated as having a house and large section (or they should be).

'as David Hargreaves observed it means “as a country we obviously don't want to deal with the broader issues of taxation and taxing wealth.” Which as David concluded is indeed a little depressing'

If Ardern had exercised more common sense and political nous in selecting the chair and make up of the committee, a more rational public conversation on taxing capital would have ensued. Choosing a bolshie leftie who carried considerable negative baggage for the group most likely to be affected; ie the owners of capital and NZs middle class, was always going to polarise the electorate and mobilise activism.

There is no country in the world like NZ that the whole nation's wealth creation is largely from properties, especially since the GFC.

So, think twice about a tax that will change it.

..except no wealth has been created.

We truly are gifted in making costs increase.

"wealth creation is largely from properties" but it's a zero sum game so if someone made a bid bundle, someone else lost the same bundle!

Its not zero sum. Location grants access to jobs etc, as those jobs and amenities etc gain value, so to then would the land that grants access.